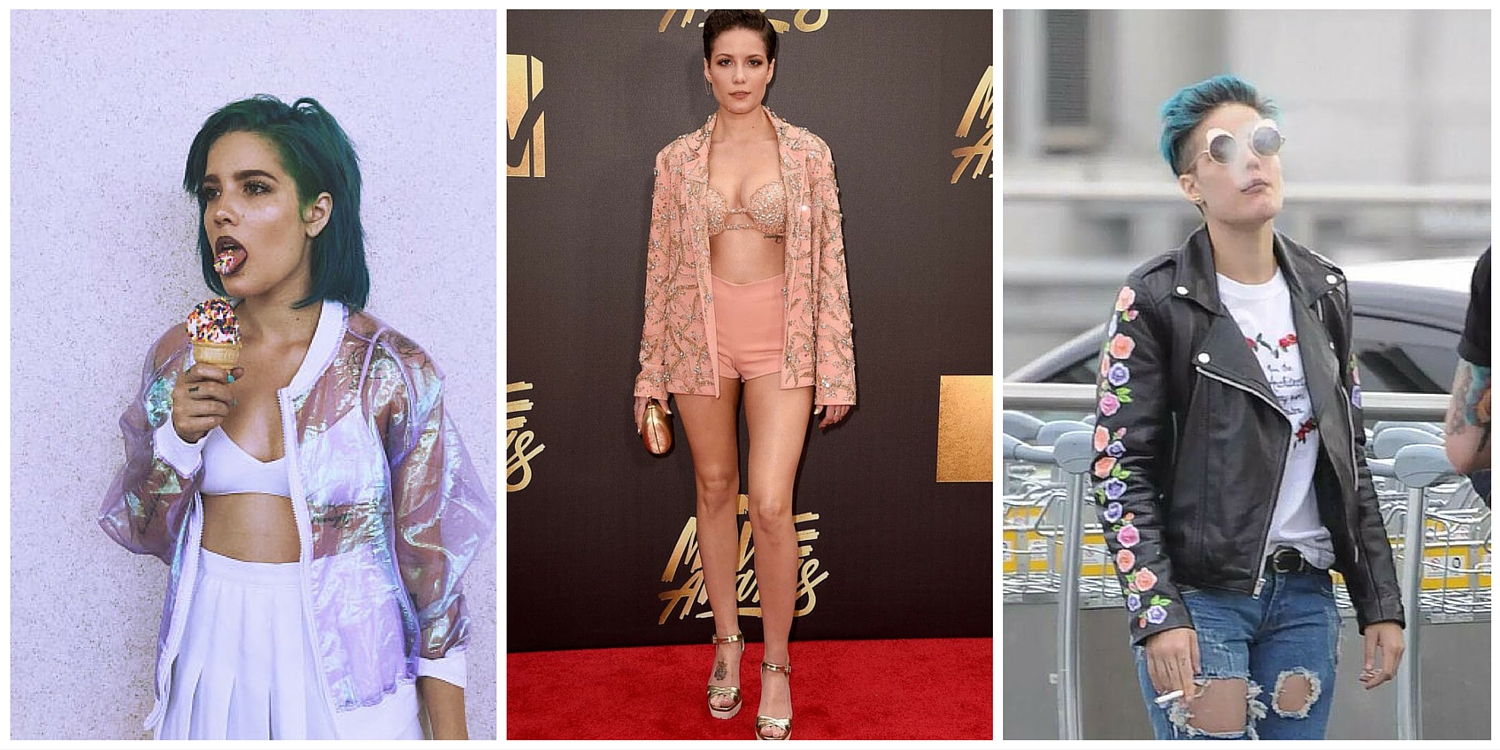 Halsey, you either love her or hate her, but you can’t deny she has made huge impact on the pop scene. A fangirl herself she became an internet phenomenon. Badlands is an incredible album and she has some amazing style as well. 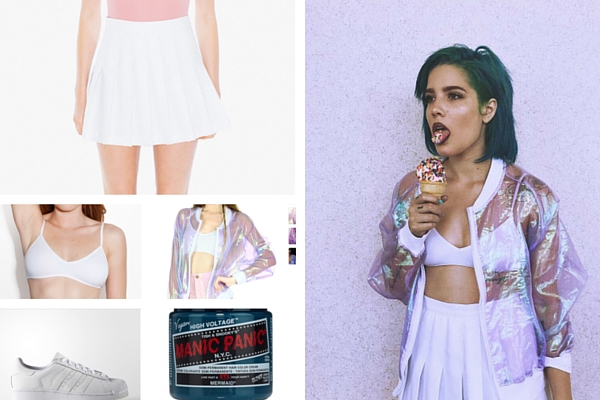 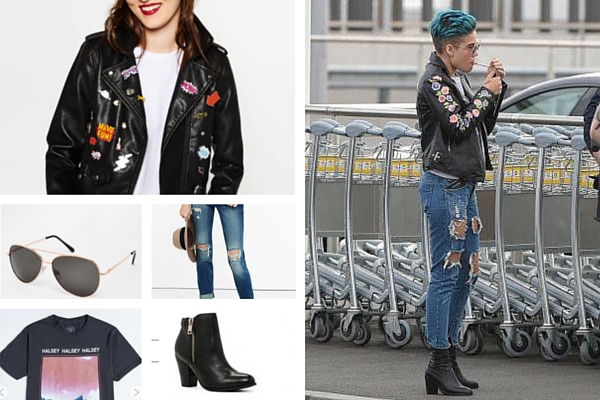 She has some pretty edgy street style, I can imagine wearing this outfit makes you feel like a total boss. Just grab some ripped jeans, a moto jacket, a cool t-shirt, some sunnies, and boots. (Don’t smoke though, smoking kills) 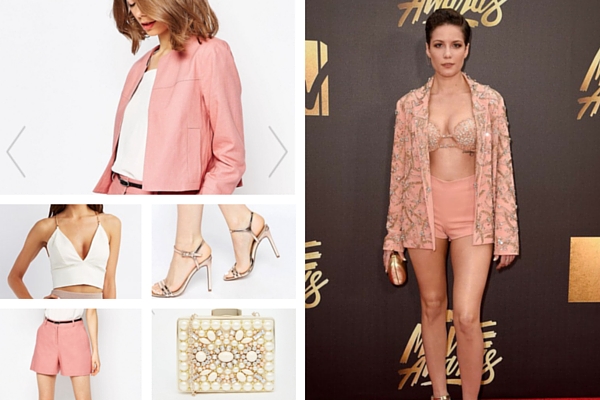 I thought I’d throw on this one of her at the MTV Awards, maybe you can’t wear a bejeweled bra so we find this crop top instead. Some shorts, and a jacket, with heels,I also love this bag with this outfit.