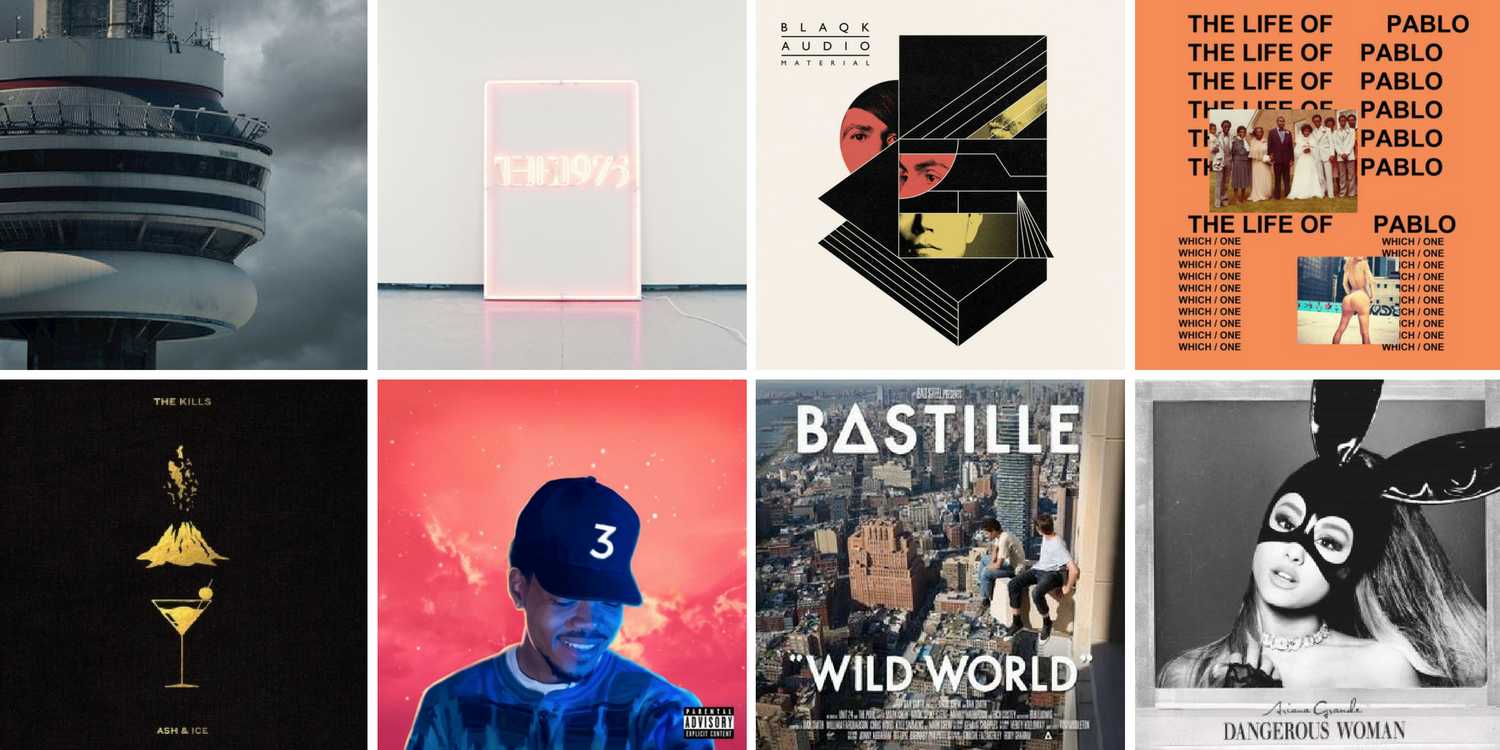 I Like It When You Sleep for You Are So Beautiful gets my vote for favorite album of 2016. The title (and track name) seems a bit bold, but when it comes to Matty Healy, what isn’t? This album allowed me to feel love, sadness, and self-assurance all in the span of just 75 minutes. Way different than their debut album, ILIWYSFYASB, single-handedly resonated with my emotions. Each beat and lyric build off one another to provide the perfect soundtrack.

BJ Wong
Tegan and Sara – Love You To Death

My favorite album of 2016 is hands down “Love You to Death” by Tegan and Sara. This past year has been an emotional roller coaster for me and honestly every single song on this album I can relate to in some way. “Dying to Know” perfectly sums up my love life in the middle of 2016. #Tragic. Also, these songs are dance-able AF. Just try not to jam out to “U-Turn” I dare you!

Leading up to the release of Dangerous Woman, the album and Ariana herself got a lot of buzz. I had not listened to either of Ariana’s previous albums, but liked the sound of her new singles enough to dive in to the album the day it came out and haven’t looked back since. As someone with a pretty neutral mindset on Ariana’s music, this album completely flipped me on my head – it is SO GOOD. Ariana stays true to her pop roots, but adds such an edge, with songs like Bad Decisions taking her just one step further than before. She also brings in some top notch collaborators, with artists like Future and Lil Wayne adding a completely new layer to the Ariana Grande sound we were used to. Last year I passed up a chance to see her in concert, but I will not make that mistake again. Like Nicki Minaj says: “Ariana run pop.”

My favorite album of 2016 is by far and away Blaqk Audio’s “Material.” Everyone knows Davey Havok and Jade Puget for their AFI fame, but Blaqk Audio is their shockingly underrated second project, which departs from guitar-driven rock and showcases their diversity as musicians in the form of moody electronica. Havok’s vocal talents are displayed in a more subtle, sensual manner with this project, yet his probing, emotive lyrics are no less poignant – arguably, rendered even more so by the more exposed delivery. Meanwhile, Puget has put down his masterful guitarwork and perfected the art of crafting stimulating electronic beats with all the drive of the best Depeche Mode moments. The project began in 2001, yet, what with AFI tours and album releases, the duo was not able to put out their debut album until 2007. Since then, there has been only one lone – albeit fantastic – album released in 2012. So, needless to say, I was more than ecstatic when the two began teasing “Material” in early 2016 – thoroughly enjoying and enthusiastically partaking in all the characteristic shenanigans AFI and Blaqk Audio put their fans through leading up to an album’s release. Notable highlights include: having my friends paint occultist marks on my forehead in the woods on a wintry night for a fan photo montage, downloading apps (not while driving?) to play California radio stations at all hours to hear song premieres, and winning a 1980’s Day-Glo twin phone through an online contest so convoluted it made Inception seem contrived and predictable. And that’s just the background! The actual album itself was released in April, and I have been listening to it pretty much every day since. It is a glorious medley of soaring highs and plummeting lows. Every song is its own world, and I love visiting each one, depending on where I’m at emotionally. The love is so real for these two song-writers that I have driven from Arizona to California multiple times this year despite car trouble – braving LA traffic and countless disgruntled Motel 6 clerks to see them a grand total of four times on this tour cycle. On some level, this album became the axis on which my 2016 turned: I even met Emily and started writing for The New Nine because of a Blaqk Audio show! It has all been a crazy whirlwind of memorable experiences, new friends, incredible opportunities, and always, above all else, good jams. And the word on the street is they are already back in the studio recording the next album, so I am gearing up for an equally insane (and amazing) 2017!

My album of the year has to be Coloring Book by Chance the Rapper. I’ll be honest, I listened to Chance the Rapper when his songs from Acid Rap came on someone’s party playlist, but I never really listened to Chance the Rapper. That was until Coloring Book. It’s conscious, it’s positive, it’s fun, it’s uplifting and it’s deep. I have to say that I can’t pick my favorite song from the album because every song can cater to all of my different moods. Coloring Book is what you can blast in your house and your parents can’t yell at you for it because it’s not offensive. It is also nice to see this guy who looks like the neighborhood kid your mom hung out with in the 70s really gettin it on stage and getting accolades from people of all ages. I also like the fact that he mixed in features from some pretty big names like 2Chainz and Future with lesser know artist like Saba and Noname. The album just seems homegrown and like he’s living his honest truth. This album isn’t solely about the low points in his life. You can tell that this kid loves his family, his religion and just making people feel good without the arrogance that most rappers nowadays think that they have to portray in their music when they talk about these kinds of things. I put this one at the top of my 2016 album list because Chance the Rapper is a nice medium between Kendrick and Kanye. Everyone is great and I love all of their music, but Chance is number one this year.

I think Drake is a lyrical genius. He takes his emotions and his struggles and turns them into a piece of artwork. I can relate to his music on a personal level and he’s my favorite rapper. The songs from this album defined the year.

When I thought about what my album of the year would be I was completely overwhelmed, then one friend kindly reminded me that earlier in the year I had painted “Doing It To Death” in large black letters on my favorite denim jacket. If an album or an artist would have embodied my entire aesthetic and emotion it would be The Kills. Their minimalistic, sexy sound has always inspired me much like the attitude that Alison Mosshart gives off with every breath of her voice. There isn’t a lot of music left that I define as rock n’roll. This album is it. It sounds just as cool getting ready for a night out or driving for eight hours into the desert. One listen to any of these tracks and I am instantly less nervous, less anxious, and can take on anything. Whether it’s ‘Heart of A Dog” or “Siberian Nights” the whole album is just top to bottom the exact thing we expect from the kills: minimalistic, sexy, rock.

This album was stunning and genius but more than that it commented on every aspect of society and created more problems than any other album this year. Every part of this album was a controversy and Kanye knows that and he feeds off of it. From the reveal at his fashion show to him being checked in at a hospital this album was more than music.