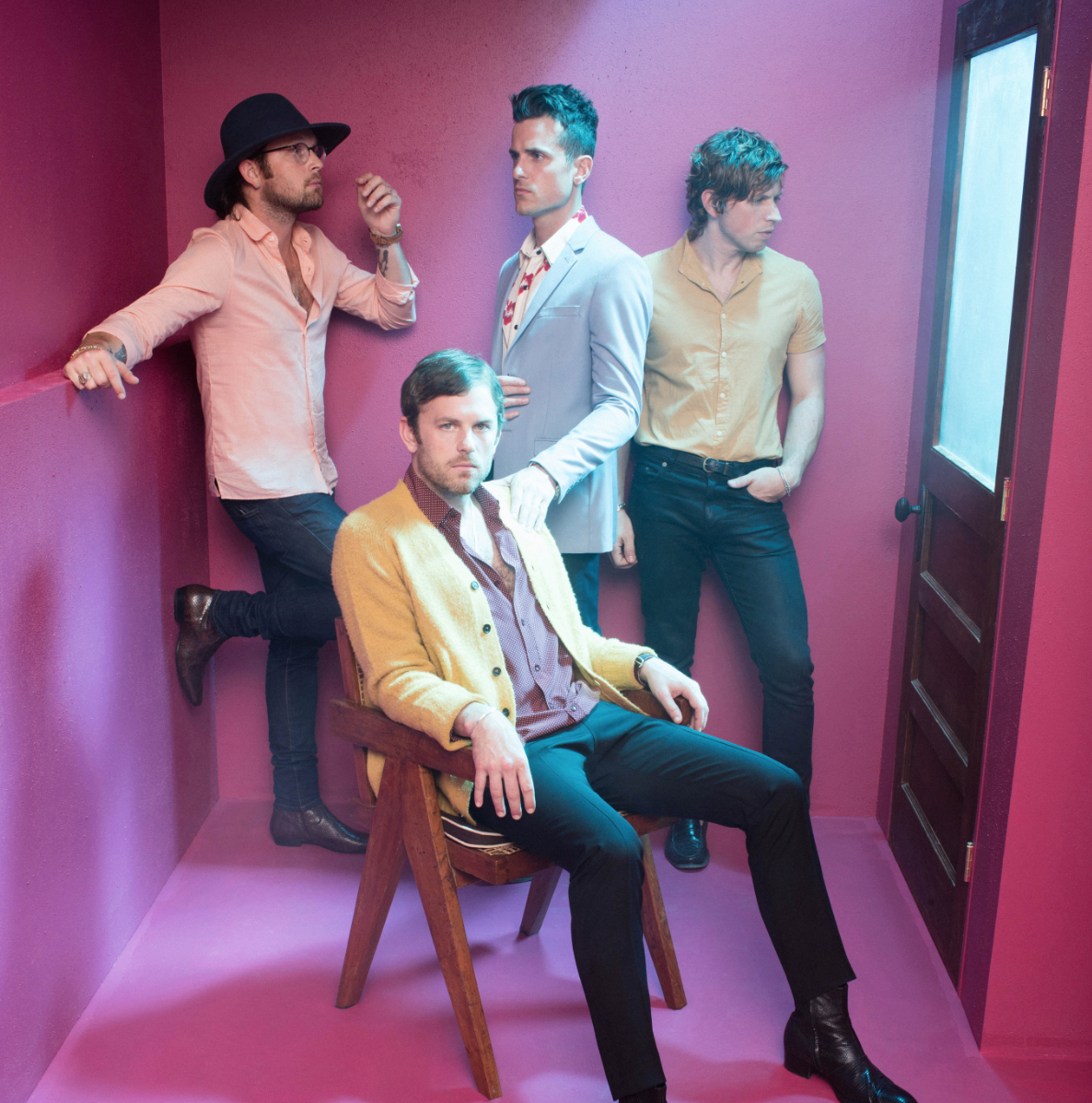 Kings of Leon are on the road once again and recently made a stop at the Houston Livestock Show and Rodeo. This year’s rodeo has has already had a fair amount of headlines and success to boot: a “leaked” line up of impeccable artists that garnered attention across the state, two attendance record breaking performances by Cardi B and Los Tigres del Norte, respectively, and the heartwarming tributes to the late and great Queen of Tejano, Selena Quintanilla.

It’s no surprise that Kings of Leon was able to jump onto this year’s line up. The band has established themselves as southern rock gods with the competitive drive to tour during a year without an album release. Moreover, since the success of 2008’s Only By The Night (‘Sex On Fire’ and ‘Use Somebody,’) KOL has managed to keep fans on their toes. Earlier albums convey cheeky lyrics, boozy sounds of wailing guitars and bursting drums, and a clueless optimism through Caleb’s gritty and incomprehensible vocals.

Though they’ve been able to stay relevant, they recently decided to mix up their sound for their latest album, 2016’s WALLS. Here they’ve explored a mix of pop and have moved away from the rugged, grittier versions of themselves that we have come to know previously. However, the album was not well received by all as hoped. Nevertheless, the southern family band have put together a fool proof setlist catered to fans’ reception with a delicious mix of old and new loves.

I’m just gonna come out and say it - Kings of Leon never disappoints.  Every show is consistent, well executed, and displays their prowess as an established rock band. They effectively captured the tone of each song with the playful visuals and lights to set the right mood - vivid red, whites, and blue with stars for the show opener ‘Crawl’ followed by somber blues in fan favorite ‘Closer’.  They kept the crowd entertained with odd but intriguing graphics during ‘Radioactive’ and ‘Waste A Moment’, and satisfied with a relaxed orange and red hued tinge to accompany ‘Back Down South’.

The audience absolutely ate up the performance. Though not everyone was standing, there was a considerable amount of wiggling in seats, the classic arm waving, and a lot of out-of-tune singing and clapping out of sync. During crowd favorites the audience would roar with excitement as they recognized the first few chords are a prelude to the magic soon to follow.

The boys kept the ball rolling with a mesmerizing show, making sure to address the crowd intermittently between sets of songs. One of the most humble moments of their set is when frontman Caleb Followill informed the crowd “One of the first concerts we ever played was actually a rodeo. It was a real small rodeo in Alabama, I think, so it’s a real honor to play here.”

The highlight of the concert had to be the surprise cover of George Strait’s ‘Amarillo By Morning’, sneaked in between verses of ‘Back Down South’. The guitar arrangement changed subtly and Caleb began singing the initial few words “Amarillo by mornin’...” Before having time to think, the stadium instinctively erupted in delighted surprise and immediately crooned “up from San Atone..” in response. It was a special and long awaited moment to give a nod to the King of Country and this year’s closer for the Houston Rodeo.

Towards the end, Caleb announced “We have a couple songs left,” and jumped into a dazzling display during ‘Use Somebody’, a big crowd pleaser. They ended on “Waste A Moment”, which was appropriately loud, easy to sway to, and drew the crowd onto their feet if they weren’t already.

Unfortunately, the show had come to an end. But by the time the guys stepped into the bed of a grand, deep blue Ford and waved out onto a sea of energized Texans, it was clear that they were the kings of the rodeo.