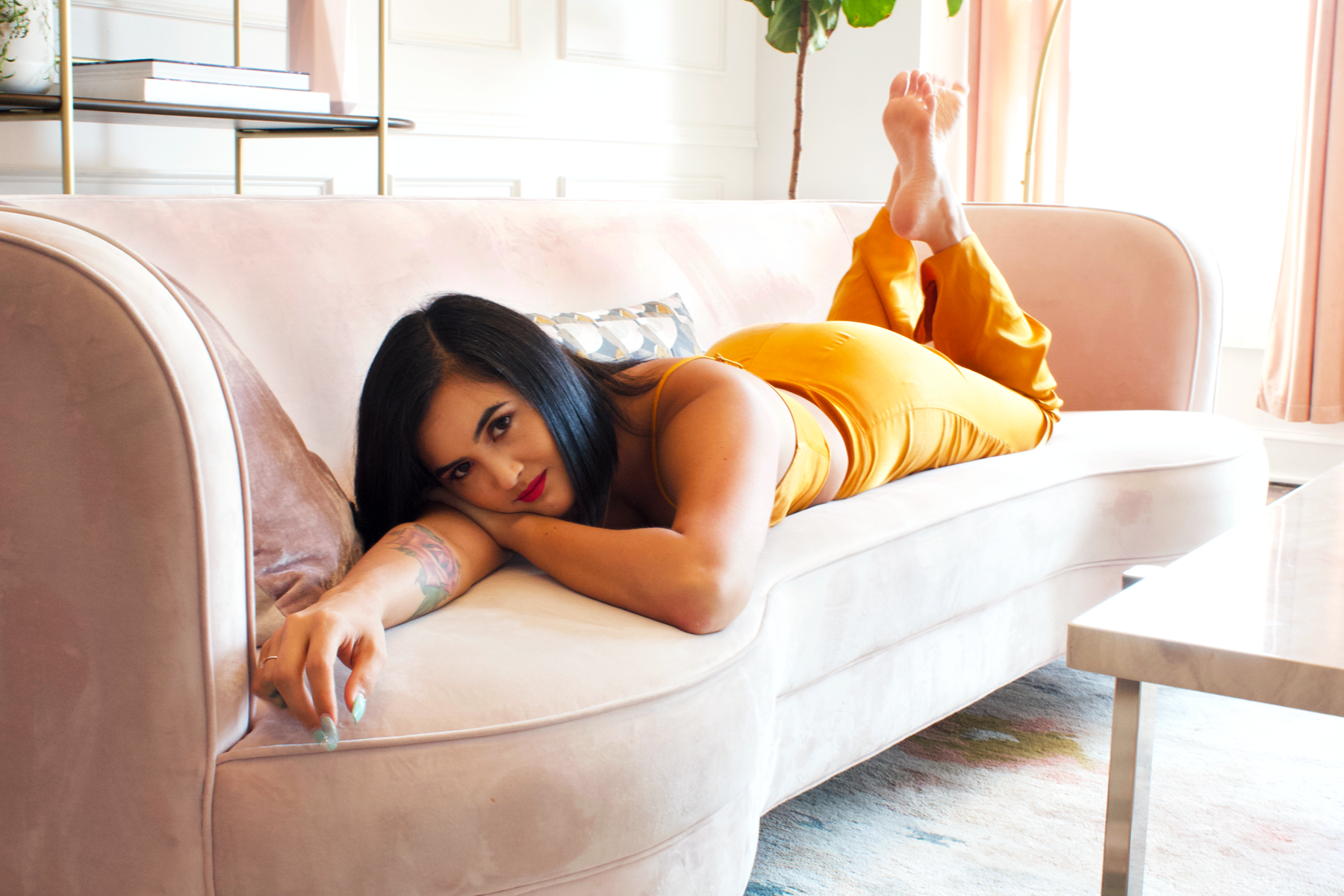 Cuja just dropped her song, "New Bitch, Who Dis?" and we are ALL ABOUT IT. Seriously, Cuja's songs have this contagious energy and her whole vibe is about being a powerful woman, something we can definitely get behind. We talked to her about the new song and diversity in pop music.

Cuja: I’ve been singing and performing since I was a kid, but I first started writing music when I was about 13. I always had it in the back of my mind that I wanted to be an artist, but I kept pursuing more ‘sensible’ avenues. I finally realized that I was the most afraid of pursuing music as a career. That’s what made me realize I had to go for it.

Tell me about “New Bitch, Who Dis?” what’s the story behind the song?

Cuja: ‘New Bitch, Who Dis?’ was written by me and Lyre, an amazing female production duo made up of genius producer/songwriter Alina Smith and artist writer Elli Moore. When we met up to write the song, I was really fired up by some guys in my life that were being petty and misogynistic. There are always boys out there that think you owe them something. I was feeling so run down by the constant grind of patronizing mansplaining, I told Lyre ‘I just want to text these guys back and say “New Bitch, Who Dis?”’ Elli immediately started singing the hook and it all came together in a matter of minutes! It was really empowering to be three badass women writing about leveling up and leaving the haters behind to be forgotten. It’s definitely one of my favorite songs so far.

You JUST released Vol. 1 too! How do you stay motivated?

Cuja: I know! It’s been such a crazy summer! I’m constantly motivated by my peers and the industry itself. Everything moves fast, but I like being kept on my toes. I love being busy. When we wrote NBWD I wasn’t sure when I should put it out. After it was written, it was such a jam that I knew I had to put it out this summer.

Cuja: The biggest challenge for me is keeping my expectations high. I have really high standards when it comes to my art and my music. But sometimes the industry moves so fast that it’s tempting to rush things to make sure you take advantage of some opportunity or timeline. For instance, I always play with an all female band. I don’t want to compromise that. It’s so awesome too be up onstage with the amazing women I’ve worked with and I feel that if I have the opportunity to employ women in a male dominated field, shouldn’t I? But sometime’s show opportunities come up, my players are booked and I have to put in a lot of extra work to find the right people. It’s worth it though. The music industry is challenging in so many ways, but rewarding in many more.

Why is it important to have more diversity in pop music?

Cuja: Well, pop music—though in many ways its own genre—usually means ‘popular,’ as in, what the population is interested in. The population is diverse, different, unique. Shouldn’t music that’s supposed to speak to the masses reflect experiences and perspectives of the people its for? I’m so tired of hearing the same stories over and over. Music is about connection and compassion. I want to hear the stories of many different types of people. On a personal note, I grew up with little-to-no Asian-American representation in the music I listened to or the movies I saw. Pursuing music now, it never leaves my mind that the success I find for myself might inspire a little AAPI girl somewhere to pursue her dream too.

Cuja: Wake up early! While everyone else is still sleeping, build your empire.