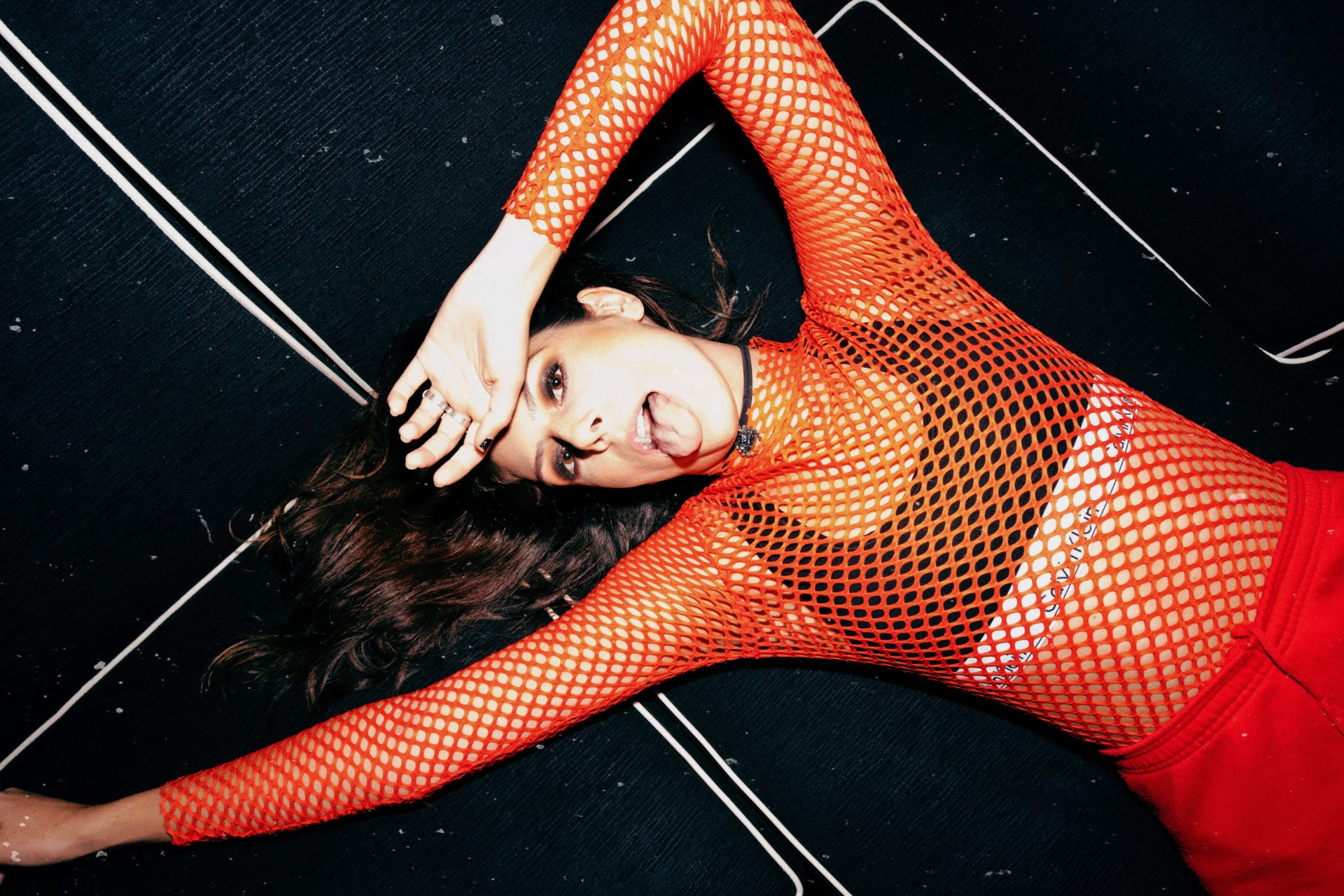 FRANKIE caught our attention as soon as we heard her shimmery pop sounds. Her upcoming EP STA7GES tackles the stages after a breakup and rebuilding and starting over again. We talked to her about our favorite two topics: breakups and music.

FRANKIE: I've been singing for as long as I can remember! My parents always joke about it, because I was singing Phantom of The Opera at age 3 running around the house. I took piano lessons for a few years, even though I hated it and eventually stopped, I ended up teaching myself guitar because Michelle Branch and Avril Lavigne were doing it and looked oh so cool! At the age of 10, I wrote my first song and have been writing songs ever since!

FRANKIE: STA7GES is about the 7 stages of grief I experienced during a bad breakup. I spent the whole year writing these songs and it was only when I finished with the last song, that I saw the arch that I had just experienced. I had written about every stage in song form...shock, denial, anger, bargaining, depression, testing and acceptance. The EP comes out on Valentines Day at 9pm PST which I think is quite appropriate...its for the 'dumpees' of the world who might need a pick me up on Valentines Day. The anti Valentines Day EP if you will 🙂

Which song hits you hardest off the ep? Do you have one that’s particularly difficult for you to perform?

FRANKIE: They all hit hard in different ways. 'You Decided' still hits me because I was in such a vulnerable place when I wrote that song. I wrote it two weeks after the breakup and the lyrics are extremely raw and telling. 'Good Enough' is probably the most raw and definitely the hardest song to perform. It's a beautiful piano ballad and shows a different side to my songwriting...I'm really excited for people to hear it!

What’s your best advice for getting over a breakup?

FRANKIE: Time really does heal all. Don't be afraid to experience every stage full heartedly. There is light at the end of the tunnel even if it takes awhile. If it's meant to be, it will be.

FRANKIE: I think all artists struggle with having their voice truly heard in the music industry. A lot of people want to change your songs or have you sing someone else's songs, which is fine for some singers, but for me - I write everything and my music is about my perspective on the world and my experiences. I wouldn't be a musician if I didn't write my songs, so I think the biggest struggle has been making sure that what I'm putting out is 100% me whether people in the music industry like it or not.

FRANKIE: I am inspired by film, fashion, dancing, cooking and recently took an art class even though I'm a TERRIBLE painter! All the art forms inspire me, always.

FRANKIE: My best piece of advice for young women is to own who you are whole heartedly. Be yourself and love yourself because you are special and here on this earth to bring something only you can bring to the world. Don't let anyone else try to change you or make you feel like you are less than, because you are enough and more.