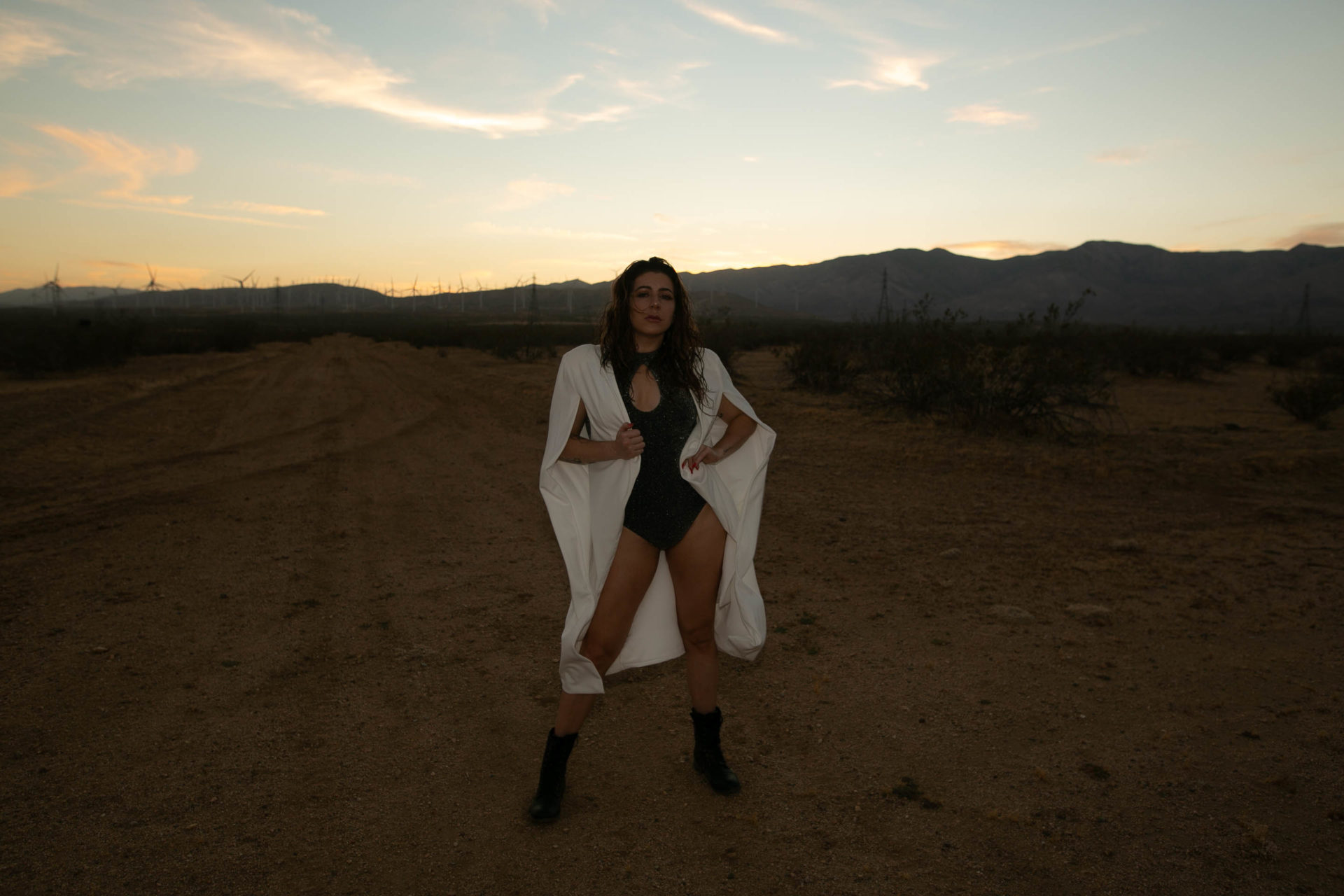 There's no one quite like Sko, aka Skeleton Woman, her sound is absolutely haunting and her new video for "Planes" is hella dreamy. We love introducing you to new artists and this one is next level. We talked to Sko about the song and how letting go of the past.

Sko: I started playing bass growing up and played in different bands always as the bassist, never the singer. I went through my first romantic heartache right around the time that I was introduced to this world of emo music I hadn’t known about and got totally swept away by it. Lol, so started writing a lot in that space and being influenced by the velvet underground, bright eyes, cursive, etc. Their writing styles were so poetic. That’s what shifted me from a bassist to a singer/songwriter I guess. I felt like I had more to say and the music was the way to say it. It escalated from there.

Tell me about “Planes” what’s the story behind the song?

Sko: It’s basically a mindset shift to - No one can disrespect me, they can only disrespect themselves. I wrote the song at various points of a relationship I was in and at various mindset shifts that were happening for me as they were playing out.

This song is about what you deserve, how do you let go of the past?

Sko: This is a tricky one. Sometimes I love my pain and don’t want to let go. But when I’m ready to, the thing that helps the most is shifting from a state of victim to empowerment. I only hold to the past when I still want to remain a victim, so I stay there as long as I like and then start questioning how the situation actually served me.

The video is so dreamy, tell me about the inspiration behind it?

Sko: TY - The concept was pretty loose. It’s so easy to take all creating seriously so I’ve been working on having more fun with it. This was just three of my friends and I playing around the city and filming the space of us just having fun together. It’s all footage of us going to one of our friend’s apartments in Silver Lake and then making cool things all day. We weren’t trying to portray a character or a story even, just friends capturing creating and exploring together.

Sko: I’m playing lots of shows. This is the first that I’m performing these songs so that’s a process of getting to know each song more intimately. Getting to know a song live is super inspiring to me.

I love live shows that recreate how the sounds and patterns of a song were created. It’s like the song evolves in real-time and starts to take on a life of its own that involves more heartbeats than just mine. The energy is affected by the space and the people there, so it becomes really individualized every time it’s performed. Love that.

Sko: Being more vulnerable in front of more eyes than I’m naturally comfortable with. The single definitely comes from that space of showing up fully and being seen when I don’t feel 100% safe doing that quite yet. It’s scary being vulnerable and showing up when you don’t know that you want to or that you’re ready to or that you’ll be celebrated for it. I waiver, but I keep being supported by the universe to keep showing up so I just continue doing it.

Sko: There is a sacredness to sharing your art. It’s something that should be protected and it’s okay to shift who has access as you go. I’ve learned that the smallest amount of success changes people - so adjust accordingly who gets access to you and your work.