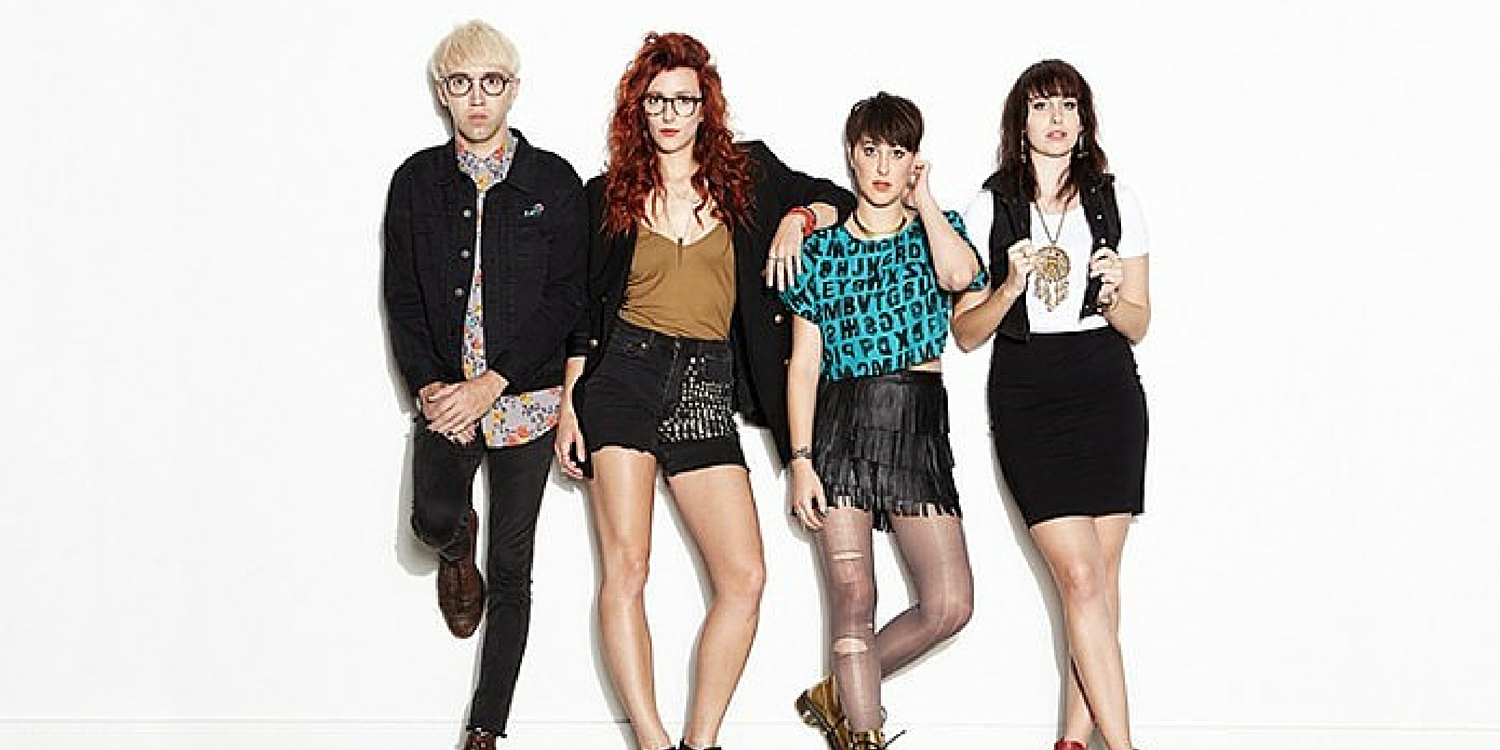 Secret Someones is the union of Bess Rogers, Hannah Winkler, and Lelia Broussard with the addition of drummer Zach Jones. They recently released their eponymous album and set out on tour.

They each had their own projects, their own songs, and their own careers. Bess Rogers knew she always wanted to study music. She first picked up guitar when she was in her early teens. Lelia Broussard put out her first album when she was 15 and Hannah Winkler worked as a pre-school teacher while she was releasing music independently. The final piece to the puzzle was Zachary Jones who was a high-demand session musician and the former drummer for A Great Big World. This formation of musicians created the perfect super-group. Bess Rogers, guitarist and vocalist, said they just felt something click when they performed together.

“When we started the band we really realized there was something special and unique when the four of us came together as a group,” says Rogers. “As soon as we started writing our first songs we realized it was the project we wanted to pursue the most and it became our priority.”

The overall tone of their debut album is positive and confident. It’s contemporary but you can easily find their 90’s rock influence. It is defiant and liberating, but still upbeat. They took a lot of inspiration from the Talking Heads and Tom Petty but really focused on their strong point, their harmonies.

“A big part of our sound is harmony driven, it’s hard to find a rock comparison but imagine the Dixie Chicks mixed with Weezer,” says Rogers.

While it isn’t unusual to see a group of female rockers, it isn’t as popular as it should be. A lot of women go to concerts and rarely go home and pick up an instrument. That’s something Secret Someones wants to change. There has been a lot of progress with female-fronted bands with acts like HAIM, the resurgence of Sleater-Kinney, and Chastity Belt, but it’s still considered more masculine. Rogers hopes that a female-fronted band could inspire other girls to start their own projects.

“It’s inspiring to see at shows a lot of younger girls in the audience and a lot of them come talk to us afterwards. You don’t see it as much as you should. As much progress as there has been it’s still a male-dominated industry,” says Rogers. “We’re excited about breaking that tradition and exposing more women to what they can accomplish. There’s been some other female-fronted bands that are coming up but there needs to be more so hopefully more of these girls will go home after a show and pick up a guitar and start shredding.”