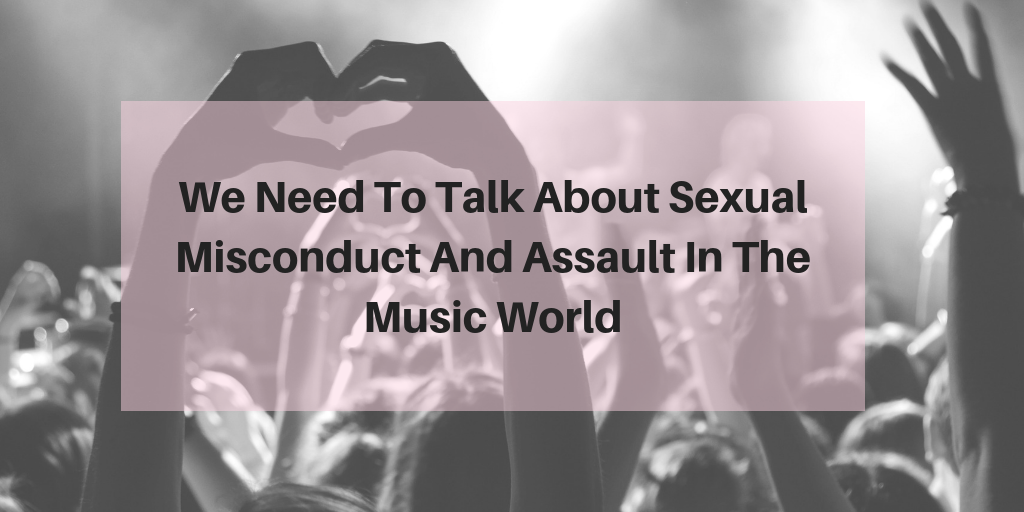 A guide on avoiding being called out for sexual misconduct...because apparently we need one. A lot of tweets and allegations have been coming out about bands. Summer Salt, The Orwells, and others were called out recently and we need to talk about it.

Okay let’s get the easiest of easy basics out in case you don’t know.

Omg, what...does that mean? You need consent for everything. If she seems out of it or not normal or says no then just don’t have sex okay? Isn’t that so simple? Yay. You’ve got it.

The Summer Salt allegations were horrifying to read because it could happen to anyone. It’s not even just about sex, it’s about being aware of your physical actions. Girls are not ~playing hard to get~ they are just not into you. At any point and at anytime if she says stop or no or “I feel weird” or something seems off, DO NOT PROCEED. People can say no to sexual acts at anytime. It’s a thing. It’s a fact. She can be kissing you and say no to sex. Hell, you can be inside her and she can say, “No I’m not into this” and BOOM you stop. Ask her if she’s into it, as her if she likes it, ask her if she’s okay. We like that. Women love consent.

Underage is never okay. Age isn't just a number, it's the law.

This is for both men and women. The Ariana Grande incident is just a small example of a man touching a woman without asking and taking something too far. His hand was right on the side of her breast and she looked uncomfortable but couldn’t make a scene at Aretha Franklin’s funeral. It would’ve been great if she didn’t have to also have her body touched inappropriately while at a funeral, but I digress.

I also have to talk about concerts. We all want to hug our favorite musicians but just ask. It’s so simple to ask before touching someone. Remember the Harry Styles moment where he was groped and fans rallied around him? That happens to men and women of our fav indie bands too. I’ve seen male band members groped just as much as women. It’s not okay to sexually harass men either. Always respect boundaries.

How to appropriately accuse someone of sexual misconduct.

Please do not just list people on Twitter, not only can you be sued for slander, but you need to backup your claims before you send that out in the world. You need to back it up with as much information as possible. The Summer Salt document is a fantastic representation of that. The more specific the better. The more people you can get the better. I know in an ideal world everyone takes you at your word. The Orwells doc also did a great job because they reached out to their former manager about the claims and other bands that toured with them. There isn’t a lot of evidence in these cases so the bulk depends on accurate stories.

I’m not saying I don’t believe the stories, I just know that the entire #MeToo movement depends on us being as accurate as possible.

The industry needs to stop supporting these bands.

If you see something say something. This is where social media comes in, tell the venues to stop booking them, tell the fans to stop supporting them, don’t accept a weak apology. Booking agents and record labels need to act accordingly and drop them. We see the music bros that aren't taking this seriously. We need to set a precedent for the rest of the bands and the people in the music industry.