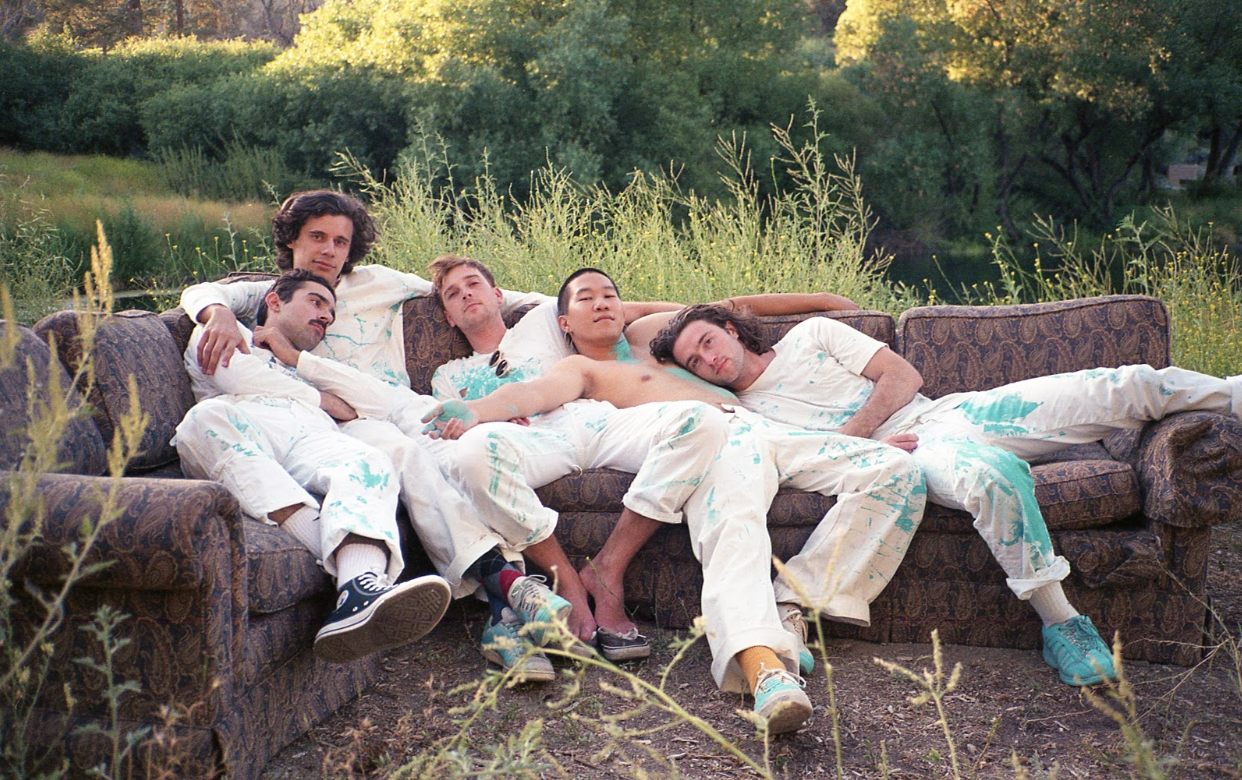 The group mmmonika is so energetic - from the first interaction I had with the group, you could tell their chemistry was insane. The indie pop boyband comprised of John DeBold (bass), Gabe Durastanti (guitar), Grant Milliken (keyboard), Nick

Velez (drums) and Ryan Yoo (vocals) just dropped their debut EP, "Very American!" and we are very excited to give you a sneak peek into what they’re like. Promise you’ll love them as much as we do.

Hi mmmonika! Thank you for taking the time to talk with us! Could you tell me about how you guys got together?

mmmonika: We got together in the thick of the night in the mountains. It was in the house of a lovely mountain woman named Monica. We were eating dinner and playing pool and just being boys, when we decided to make a band right there. We were in the middle of a game of pool and nobody even knew if Gabe played music or anything, we just kinda went for it and fortunately he does happen to play guitar. We named the band after Monica, but as it turns out, there is already a famous "Monica", as well as a famous "Monika", so we had to go for the less common "mmmonika."

What was the process like of creating the single as well as the video?

mmmonika: The process involved first feeling horribly depressed for months, then building a really happy sounding instrumental in twenty minutes, and then freestyling the entire song straight through. The actual song part only took half an hour, but the whole feeling really depressed and unproductive and useless for months thing was a necessary step. The magic of the creative process!

What music are you guys listening to now and how have they inspired you?

mmmonika: It's been a really intense mixture of System of a Down, (Sandy) Alex G, and Maroon 5. The transitions between their songs are horrible, I don't know why anyone would do it, I just really can't get enough of any of them and continually subject myself to this awful salad of music that was never meant to be enjoyed by the same human being. Amazing songs though, all amazing songs. Just not together in one playlist. Also, Prince. Lots of Prince all the time. Rest his blessed soul.

mmmonika: We're putting out our debut EP "Very American!" in two weeks. It's trash, don't listen to it unless you like that. Much love if you do though, it's great.