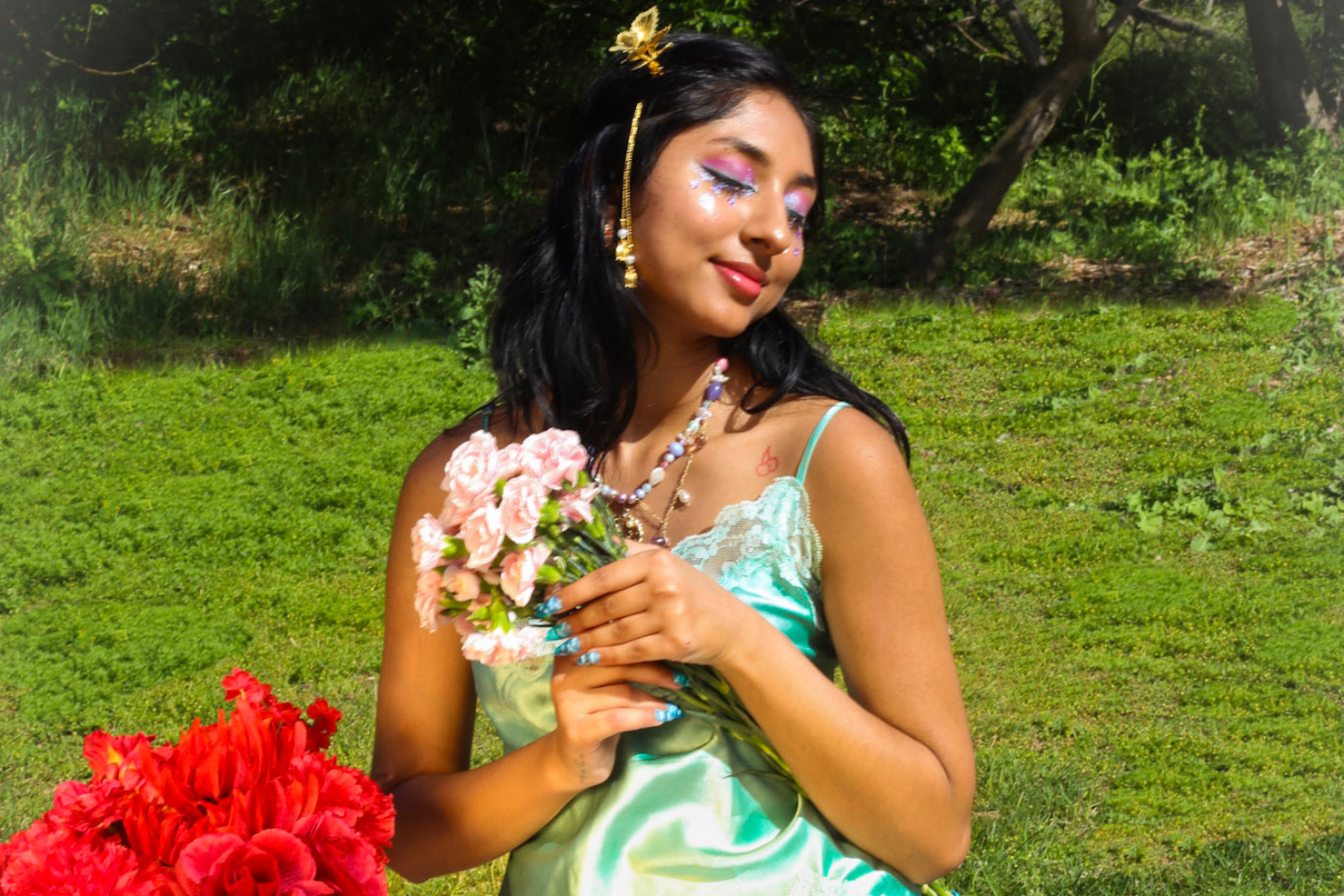 I was first introduced to Someya's sweet voice on TikTok and was instantly hooked on her whimsical melodies. We talked to her about her song "Touch of Love," why it's important to have representation in music, and trusting the universe.

Someya: I’ve been passionate about music ever since I was young. I’ve been writing songs since I was a little kid, but I started taking it more seriously as a preteen. Throughout school, I did everything I could that was relevant to music. I was in band, choir, and theatre. I have always been a performing arts enthusiast.

I recorded my first song when I was 14, and went to a ton of open mics, and played some shows throughout my teens. I love every aspect of being a musician, like the poetic storytelling, the art and techniques of singing, the beauty of instrumentation and sound, performing onstage, and creating something meaningful from nothing.

Someya: I’ve always been super passionate about the performing arts but growing up. I wanted to do the absolute best I could in everything I did. Unfortunately, as someone growing up at that time with undiagnosed ADHD, I was really struggling to keep up to my own standards in school. I was stressed and sick all the time, causing me to miss school. I was really trying to do it all, and my parents noticed how much I was struggling while unable to keep up with my aspirations of becoming a successful musician. They ended up asking me if I wanted to try going to online school, so I could focus more on the things I love, and I said yes. From then on, I’ve made music my life.

Tell me about “Touch Of Love.” What’s the story behind it?

Someya: This song is about me having a crush on a girl who was unavailable, and I was daydreaming about how good we could be together. The day I wrote “Touch of Love,” I was in the mood to write something about how I was feeling, so I took inspiration from my emotions and a random phrase my friend said to me, “tears are the best makeup remover”. From there, I wrote the song in one sitting in my backyard on an acoustic guitar.

“Touch of Love” is a song about an escape from reality, with a lot of Parisian themes in it. The reason I decided to go with this theme is that I’ve always been very fond of France. I find it dreamy, so it’s my go-to place whenever I think of a reality escape.

Someya: I just moved to LA this year, and it’s been inspiring for me to constantly be around fellow creatives. I am so inspired by the musicians I listen to, but I love being around like-minded people, whether it’s painters, actors, musicians, or anyone else pursuing their dreams and passions. It’s especially great when we can all lift each other up.

Someya: It’s difficult being an independent artist, especially one that’s a woman of color. It was discouraging growing up seeing no one look like me in music. I think it’s also been difficult to be taken seriously because of this. People love to assume that my music will sound a certain way because of the color of my skin. I used to work with a producer who would insist on using traditional Indian instruments in my music, even though I was making pop/rock tracks, and tried to make it clear that I really disliked one of those instruments. Now, my tastes have evolved, and I think I would be open to making music with a range of instruments from anywhere, but I really hate it when people can’t respect my preferences because they’ve assumed something about me based on how I look.

Luckily, I’ve been seeing more and more up-and-coming South Asian artists recently, and I find them really inspiring to support. I feel more determined to succeed so I can not only fulfill my dreams but also be a symbol of hope for the little girls out there who look like me. I want them to be able to dream big and reach for the stars, just like anyone else with proper representation would do.

Someya: Don’t lose hope because things will get better with time, and there’s a right time for everything. Trust the flow of the universe instead of fighting it, and everything will become easier to deal with. Also, really be kinder to yourself as you would be to anybody else you care about because you deserve it.

Keep up with Someya on Instagram, TikTok, and Spotify