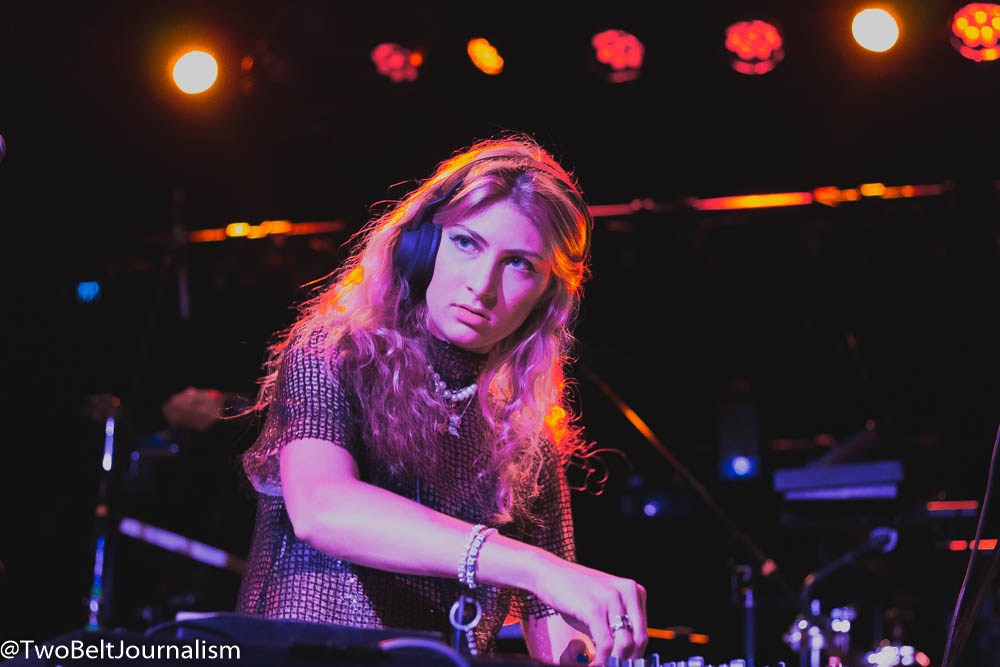 She showed up in a sparkling dress with glitter eyeshadow, surrounded by instruments and in her element, Blu was there to turn the audience into her fans.

She started with her newly released song “In My Head” a euro-disco bop that shows off her DJ skills and her signature bass. I don’t think the crowd even knew what they were getting into. Blu’s clearly a skilled DJ and transitioned her songs so effortlessly adding her bass and mouthing the words to the audience.

Honestly I’d go to any party Blue was throwing. God certainly made her funky, she was adding bass to everything from Fergie’s “Glamourous” to Ginuwine’s “Pony” and y’all know we all lost it when she played Destiny’s Child’s “Say My Name” because in Houston, Beyonce is our main girl.

Blu broke into a new song and I’m going to be real with you, I can’t WAIT for it to drop. I immediately turned to my friend with the biggest smile, she does that kind of Gwen Stefani baby voice that I love and the song makes me want to dance instantly.

Blu wasn’t done yet, she did a quick change and hopped on stage with headliners The Knocks to play bass and every other instrument all while wearing the coolest outfits I’ve ever seen. She has her own Floss Gloss nail polish FYI. Thats the level we’re talking about.

The Knocks really brought it that night. They played an extensive set which included a live band switching into a DJ interlude and multiple costume changes. Frontman, Mr. JPatt had neon green hair and a slew of sequin jackets. The entire floor was moving, seriously, the place was shaking. They had so much attitude. They all put on sunglasses before performing FIND THIS SONG, singing,  “hold on don’t talk to me” “I’ve got money in the bank” “I don’t give a fuck what you think.”

“I fucking love this song” the girl next to me screamed to her friend that was too busy dancing to notice. It’s clear that this is the party we needed on this dreary Sunday night.