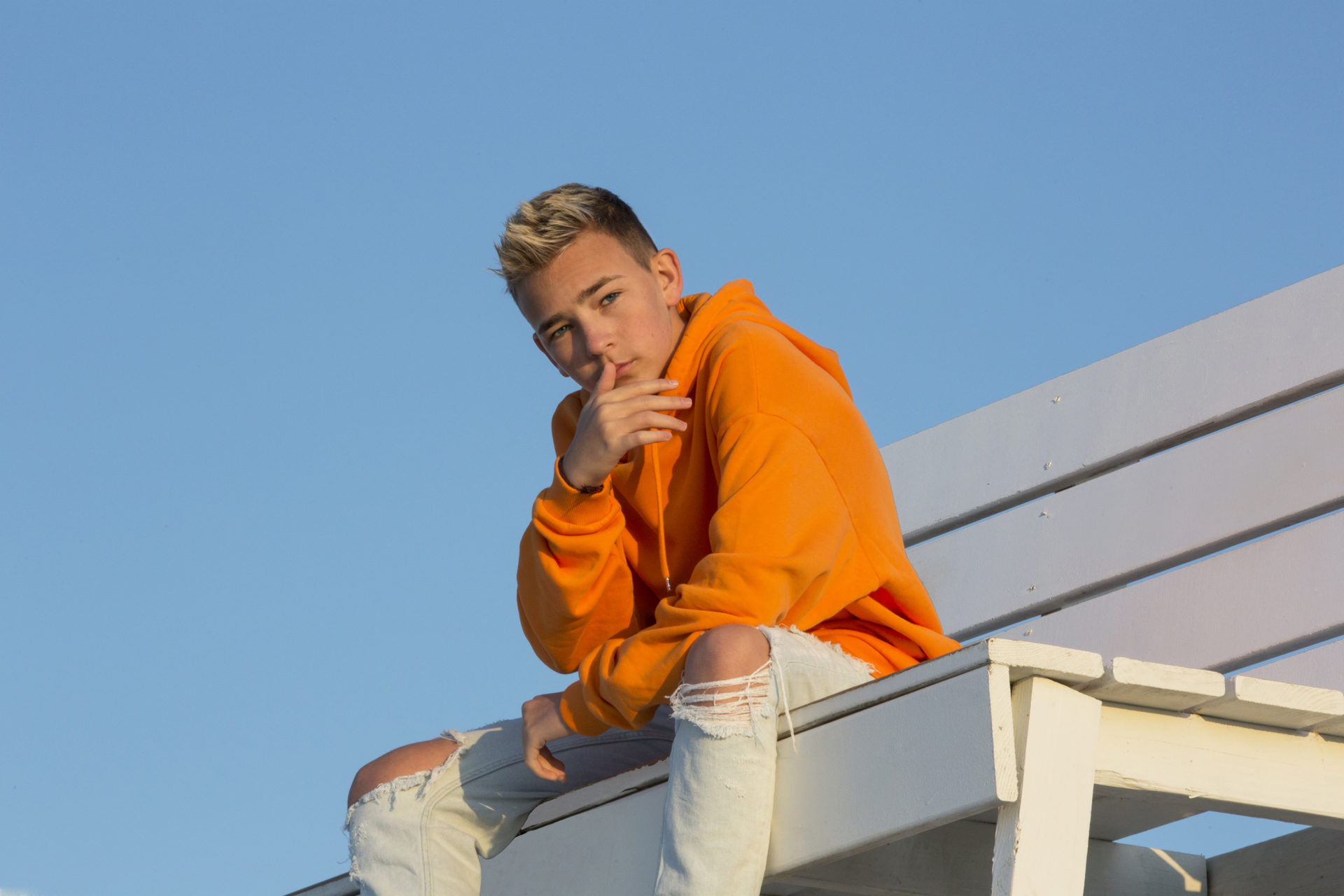 One thing is for certain: Denis knows how to energize a crowd. Watching Denis Coleman perform as an opener on Why Don’t We’s European tour has shown a light on the talent that might just make Denis the next-big-thing.

Prior to the tour, we chatted with Denis about his experience thus far in music. At just 16, Denis has already found his own songwriting style and formed a connection with his fans. Having previous tour experience with icons like New Hope Club, Denis is showing promising growth and we wanted to find out what made the musician tick.

What has been your biggest takeaway from touring with New Hope Club?

Denis:​ I’ve learned so much from them. I’ve become a better performer, I’ve seen how they talk to and communicate with their fans and I’ve learned a lot from how they have treated me! They’ve been so supportive and kind and it really makes me want to give that back to the next generation when I’ll one day be in that same position.

What are you most looking forward to as you move into touring with Why Don’t We? Denis:​ I can’t wait to see their performance and learn all their tips and tricks! I can’t wait to get back on stage!

Why is it so important for you to make connections with fans?

Denis: ​I think the best thing you can do as an artist and songwriter is write a song that people can relate to and that helps them in some way. For me, this is something I always try to do!

What sets you apart from other upcoming musicians in the industry?

Denis:​ Many things! Haha. I play the violin which not a lot of other singers can do! I also play guitar, piano, bass guitar, viola, ukulele, and drums. My sound for my upcoming projects is also unique, blending several styles and a touch of the unknown. I write every single one of my own tracks and produce.

Where do you take inspiration for your music?

Denis:​ Everywhere from Marvin Gaye to Max Martin to Kanye West. All over the place really!

Specifically, what was your inspiration for “All I Wanna Know”?

Denis:​ It’s a song about young love etc but more importantly it’s about communication. Often people on two sides of an issue agree on more than they think they do. I wanted to highlight that in this track and encourage people to feel confident to speak out about what they feel strongly about, and encourage people to listen to others.

What artists do you look up to?

Denis:​ Normally I’ll get a beat, or an instrumental going, and then start thinking of some melodies. After that comes the lyrics and then refining of all the little bits. Lastly, recording the vocal and any extra harmonies and ad-libs.

What message do you want fans to take away from your music/performances?

Denis:​ I want them to feel happy and confident! We all deserve to feel good, and I hope I can bring some vibes and cheer people up when they hear my songs!

Who has given you the best advice and what was the advice?

Denis:​ My best advice on performing was actually from my violin teacher and it was just to smile and enjoy the performance. If you’re having a good time on stage, the audience will as well!

What can we expect from you coming up? Any chance of an American leg of a tour sometime soon?

Denis: I hope so! There aren’t any official plans yet, but we’re definitely working towards an American tour one day!

While we wait for Denis to make his way to the USA, the UK fans have another chance to catch Denis on his upcoming winter tour:

While I had the chance to experience the first-hand talent of Denis, I’m praying to the concert gods that he’ll be coming here soon. Every moment that Denis was on stage made it easy to de-stress and get lost in the fun, poppy energy that he inspired. He is the up and coming child star that we can’t wait to see rise.