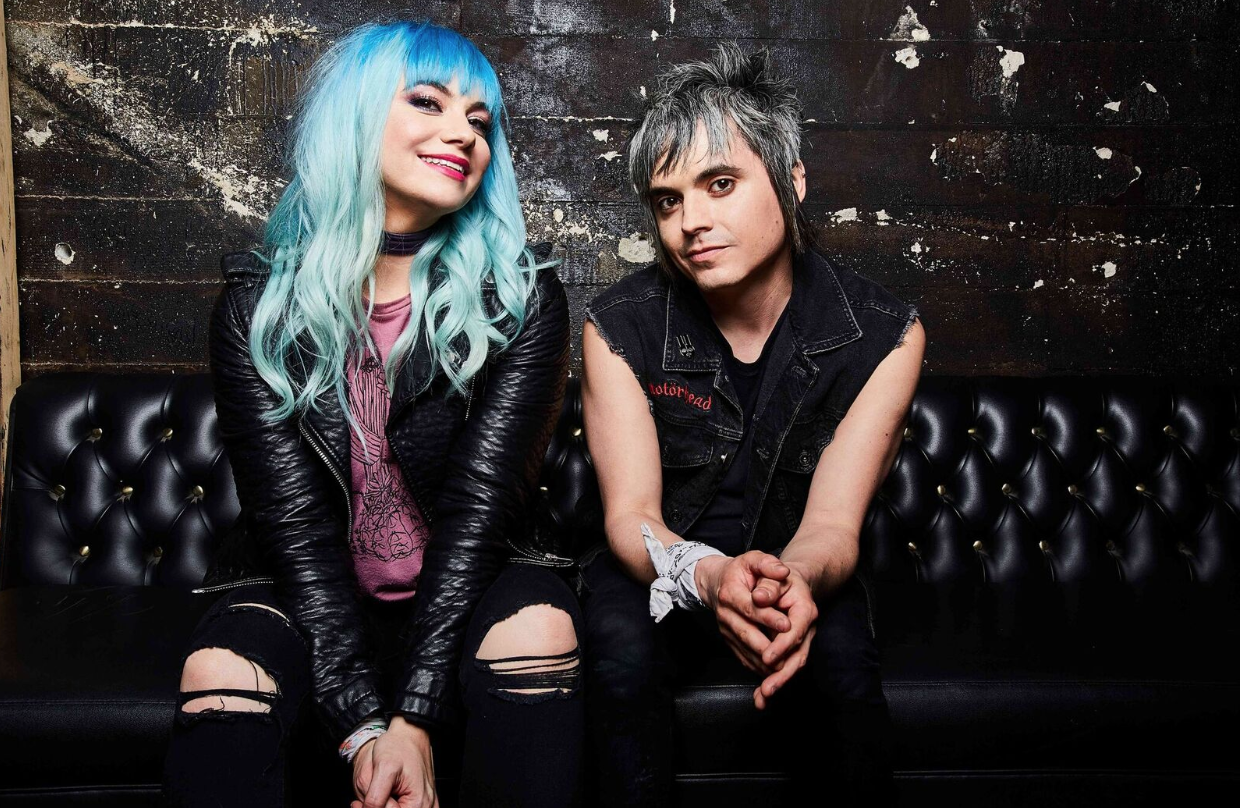 Comprised of Kelly Ogden and Luis Cabezas, the Dollyrots are a force to be reckoned with. Speaking with Kelly, it’s apparent why this band is continuously changing the game in the industry year after year.

Kelly tells me that Daydream Explosion musically, it’s very much a Dollyrots record. “It’s rough around the edges but easy to listen to. But lyrically, it’s a little different I think.”

“People keep asking how it’s different and I don’t know how, but it is. Like with each year, I think I’ve grown a little different and I’m a different person now than I was when I created the previous albums. Creating this one, there would be a lot of nights where Luis would help me write and get all my emotions out, but some nights he would be up later and create instrumentals and the next day I’d listen and add the lyrics.”

She’s been with Luis, her husband and musical partner for quite some time now and her greatest advice for anyone breaking into the industry is just going to shows and meeting people who enjoy music because chances are they enjoy doing what you enjoy doing. “You’ll inevitably learn what to do and what not to do.”

Her two most memorable tracks from this album include “Flippy In My Red Dress” and “Animal.” “Flippy In My Red Dress” has an old jazzy, swing vibe which is nothing like we’ve ever done before. Lyrically for this song I had the chorus already created, but we had just watched The Loveboat for the first time in years and we just couldn’t believe the innuendos so we used that as inspiration to create an innuendo-y track. For me, “Animal” just feels like freedom. It’s the type of song that just makes me want to drive a little too fast.”

The duo is set to start touring across the country so definitely catch them on the road this summer and fall!