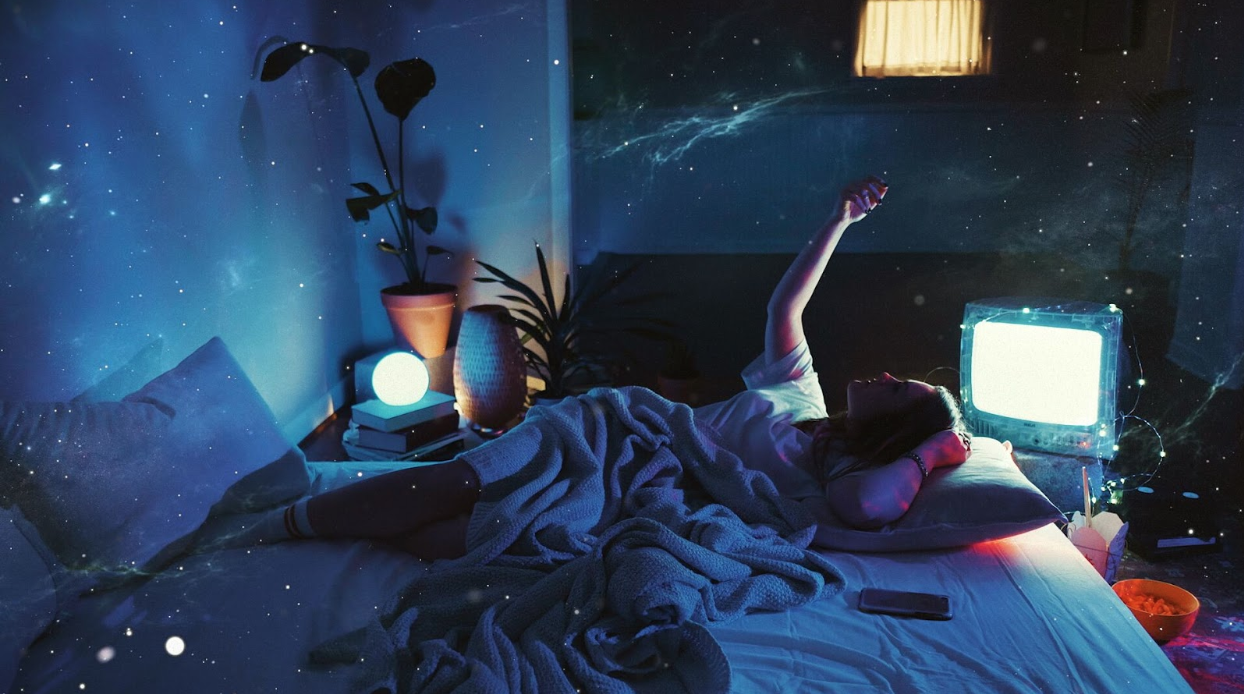 Elle Azar is one of the many artists who has lived an unconventional life, but that doesn’t make hers any less special. She told me about receiving her master’s degree before pursuing music and I think having this in her back pocket has made her all the more unique. Her self-titled album just dropped and it takes you through so many emotions and I’m still unsure which track is my favorite. Seriously, just stream it for yourself.

Elle, you've come so far. When did you decide that music was the path for you?

Elle: Singing and songwriting have always been a part of my life, but I never fully pursued it professionally until recently. I think it became clear that I needed to give it a fair chance after I recorded the song “Bathtub." It was kind of like a now or never thing. I knew I would regret it if I didn't create and share this project.

Tell me about getting your master's! I have mine and I know it is no easy feat. What was the motivation and has this inspired your songwriting at all?

Elle: I got my master's in professional counseling. At that point I was planning on becoming a licensed therapist— I think partly because I had faced mental health issues myself, and secondly, because growing up, I always loved having the longest, deepest conversations with my friends— just naturally playing counselor as a kid and teenager. It felt like a natural path. I was actually working on my practicum hours after graduating when I decided to move to Nashville. After moving, so many things started to make sense with music that I ended up changing directions and making that a focus again. I think that experience definitely inspired my songwriting to some extent. These songs came from a very, very personal and raw place for me, but they also hint at the pain that I've seen others face, too. Once you've seen people in the deepest and darkest of situations, it's hard to not ask questions on their behalf. It's hard to not want answers for them, too.

Tell me about your self-titled record. Which song was your favorite to create?

Elle: The album naturally progressed into a concept album exploring faith, hope, and mental health; asking hard questions; and finally coming to a place of resolve at the end. Which is my favorite? That's a tough question. Each of the songs mean so much to me so it's hard to pick a favorite. “Bathtub" was definitely one of my favorites to create, though. It was the most emotionally raw. Recording the vocals felt like the release of something so powerful. I think something died in me and something came alive in me all at the same time. I needed to sing for myself.

People have asked me, "How will you sing that song without crying at shows?" or "Does it trigger too many feelings?, but I think for me that's kind of the beauty of it. It is painful to sing, but it's also so cathartic. Even though I'm not in the middle of that pain anymore, I need to hear it. It's a reminder that I made it through something so wild. I don't want to forget where I came from. I don't want to forget that other people are going through those things today.

Which one meant the most to you?

Elle: I think “Reborn" means the most to me now because it's the state my heart is in currently. It's a song of gratitude. It was such a full circle moment... the moment when it hit me that I had been so close to missing the happiest years of my life. Like, I can't believe this is my life now. It's so good. And I'm so happy. I didn't know I could have that.

Elle: We are going to start prepping for some live shows which I couldn't be more excited about! Then we have a music video shot already that I can't wait to share. And I am already working on some remix collabs that I am pumped about. 2019 is going to be a good one!