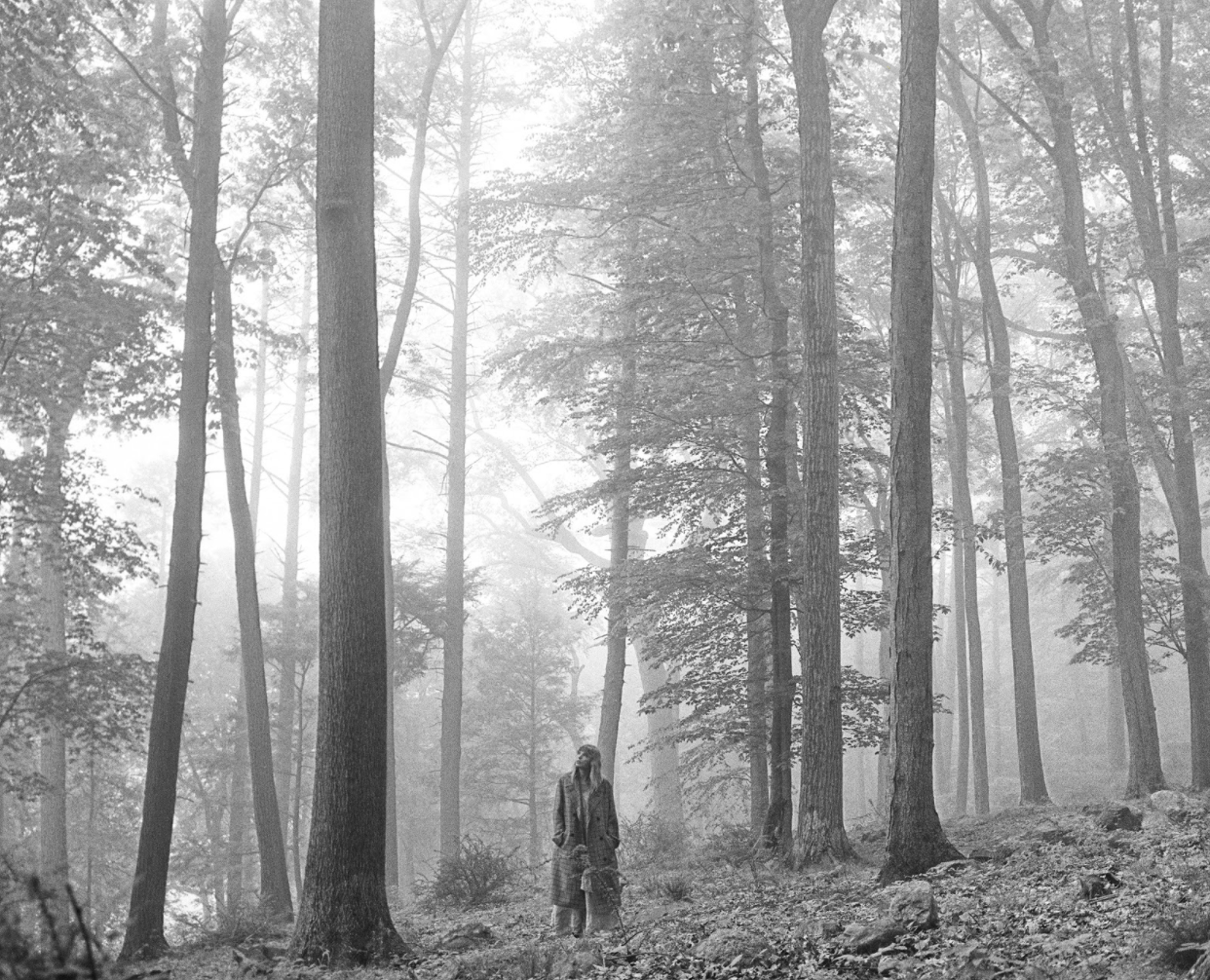 I don’t think I will ever forgive myself for drifting off to sleep for about forty-five minutes this morning. I woke up again to six tagged tweets, three missed phone calls and about ten text messages from friends wondering how I was coping. In case you were wondering, I was not well this morning. I was fully prepared to dive into One Direction’s 10th Anniversary and then my number one queen, Taylor Alison Swift announced an album aptly titled, folklore, based on many stories that she wrote while in quarantine.

I know Taylor does things on her own terms, but I can never help but think sometimes it’s slightly for me and my friends, her noted west coast fans. Tomorrow would have been Lover Fest West, and while I miss concerts terribly, I am loving this album in its place. It’s the perfect accessory to my cup of coffee during a sunny day on my porch. It’s no shock to anyone that Taylor’s an incredible story-teller, but halfway through this album, I had to actively remind myself that she wasn’t going through a public breakup as some lyrics might have suggested.

Taylor credits her reasons for releasing this collection of stories of songs to realizing that there’s no perfect timing. She states, “Before this year I probably would’ve overthought when to release this music at the “perfect” time, but the times we’re living in keep reminding me that nothing is guaranteed,” “My gut telling me that if you make something you love, you should just put it out into the world. That’s the side of uncertainty I can get on board with.”

With the help of longtime friend, Jack Antonoff, Taylor also enlisted Aaron Dessner of The National for a bulk of the album. She also features a collaboration with Bon Iver as well as music from Bryce Dessner , Bryan Devendorf, Josh Kaufman, Rob Moose, Clarice Jensen Thomas Bartlett and others! Once learning folklore’s sound and inspiration, it’s clear Taylor isn’t going to provide us with the upbeat pop or even country-pop sound, but I think these musicians were the only ones who could bring an album such as this to life.

As expected, I have provided a track-by-track reaction - but based on my first reaction only. I think the best part about Taylor’s songs is that they constantly change and shift meaning based on your mood and perspective and I think the initial feelings are the most raw and vulnerable, which is what I believe folklore to be listened to.

the 1 - TAYLOR. This is setting up to be the indie folk/ pop album I never knew I needed in 2020. Taylor, I need you to know just last week I said nothing could beat Gaslight as album of the year for me unless you dropped something, and I already know you’re about to make me eat my last words. A track about a lost love? How can you make breakup songs sound SO DAMN GOOD?!

cardigan - I love this as much as I love the video. It's moody and mysterious, which is very much the feeling you become consumed by when finding a new love interest as the song suggests. You're unsure and don't know where it's going. cardigan is the perfect modern love song and I'm emotional.

the last great american dynasty -Okay, Taylor. ST. LOUIS?! This track is for me. For me, this song is literally almost every phase one *CAN* possibly go through in their twenties. Experiencing different cities, struggles, and all to leave the past behind. Taylor, I know you’re also very much in quarantine, but I need to know how you narrowed down this specific stage of my life. It’s almost as if you somehow read my invisible diary.

exile - Okay, I knew prior to this track I had to prepare, but I still wasn’t ready. I MEAN BON IVER AND TAYLOR?! AND THIS ENTIRE BRIDGE!  This is a collaboration I would have never thought of as a fan, but it filled the void I had since a track like All Too Well. Yeah, I said it.

my tears ricochet - Speaking of All Too Well, I am the biggest fan of Taylor’s Track fives. If you’re familiar, you know that Track five rarely disappoints, if at all. Much like their precursors, my tears ricochet contains a lengthy and angsty bridge. You know the kind where you’re sitting behind the steering wheel of your car headbanging to get the anger, anxiety, sadness out.

mirrorball - So, yeah, go ahead and play this at my wedding if I ever get married. (Disclaimer: I'm only 5 words in as I type this so this could change, or it could not!) Okay, the song is done and I think if you could find a way to wrap up the feeling of bliss and put a written description for it, it would be this track.

seven - I'm currently sitting in my childhood home, and this track is hitting deeper than I thought it would. The nod about sweet tea? Taylor, did you know I would literally be in Memphis listening to this right now? Why do I feel like I'm going to burst into tears? This is somehow the epitome of a typical countryside childhood and finally finding a way to escape all the bad and it’s just really poking at all the right spots.

august - Yes, you’d be right that track eight is also named after the eighth month. I adore that Taylor can  make a track about heartbreak and a love you know won't last sound so beautiful. This is the track is perfect for a scene of a coming of age rom-com when the main character realizes she's finally moved on. Music supervisors, if you’re somehow reading this, you’re welcome!

this is me trying - Goodness. The sense of urgency and pleading in this song. My heart is breaking for a relationship that really doesn't exist because I know Taylor created this based off a story, but at one point we have all lived through this scene. It’s the feeling of when you know something has reached its breaking point, but you need to point out your efforts!!!

illicit affairs - This track is one that tells a complete story from start to finish. It seems short in comparison to the others, but I love the pedal instruments and the urgency you hear in Taylor’s voice. For me, this track resembles a piece of literature you had to analyze in English class.

Invisible string - The invisible string theory might be a (not so secret now) favorite folk tale of mine. It’s said that we all have these invisible strings that we each possess and somehow through life that string is shortened to lead you to someone you were meant to meet. This is another love song inspired by Joe and I think 2020 is such a hellacious year, and this track gives you that sliver of optimism in that it takes you through tropes of life to ultimately find that someone.

mad woman - I love Taylor's flair for playing into the typical women stereotypes and using it to prove a point. I don't think it's a secret this is a jab at Scooter and Scott when they made counterclaims that Taylor is the one twisting the truth. When performing at awards shows, she was subtle, and this track is just another example of another mic drop in her favor.

epiphany - This track's lyrics showcase exactly what the title says. The harmonies accompanied by the strings are pure perfection and almost dreamlike.

betty - WOW. W O W. This is the quintessential forbidden queer love story in a southern town. It’s got love, regret and pining all in under five minutes.

peace - Peace simply just give you peace. I think this is a letter to Joe and her realization of how hard it is to be with her. It’s no secret that over the last three years, they’ve both been hounded about questions, but Joe especially during movie promotions and I think this is a reassurance of her love for him. “I'd swing with you for the fences / Sit with you in the trenches / Give you my wild, give you a child.”

hoax - AGHHH! We're already at the end? Well if there was ever a song to give you one final feeling of closure, this is most definitely it. This is the ultimate breakup track. Fin. Done.

I say it every year, and although I didn’t think I’d be saying it so soon, Taylor makes music for us when she knows we need it the most. I’ve personally have had my own quarantine struggles and while they aren’t as extreme as some of the stories depicted, the songs have somehow been my therapy tonight and I know I’ll continue to reference them as the months continue.

Taylor, I still cannot believe you pulled the rug from underneath us, but thank you. Somehow you always know what your fans need and it’s why I love you so much. I cannot believe it’s been eight eras already, but I’m very thankful for it. Watching you transform from the 16-year-old singing about boys named Drew to now complex relationships with Betty proves the talent I knew you to always have and some part of me feels very mad womany watching other indie critics recant their opinions of you.