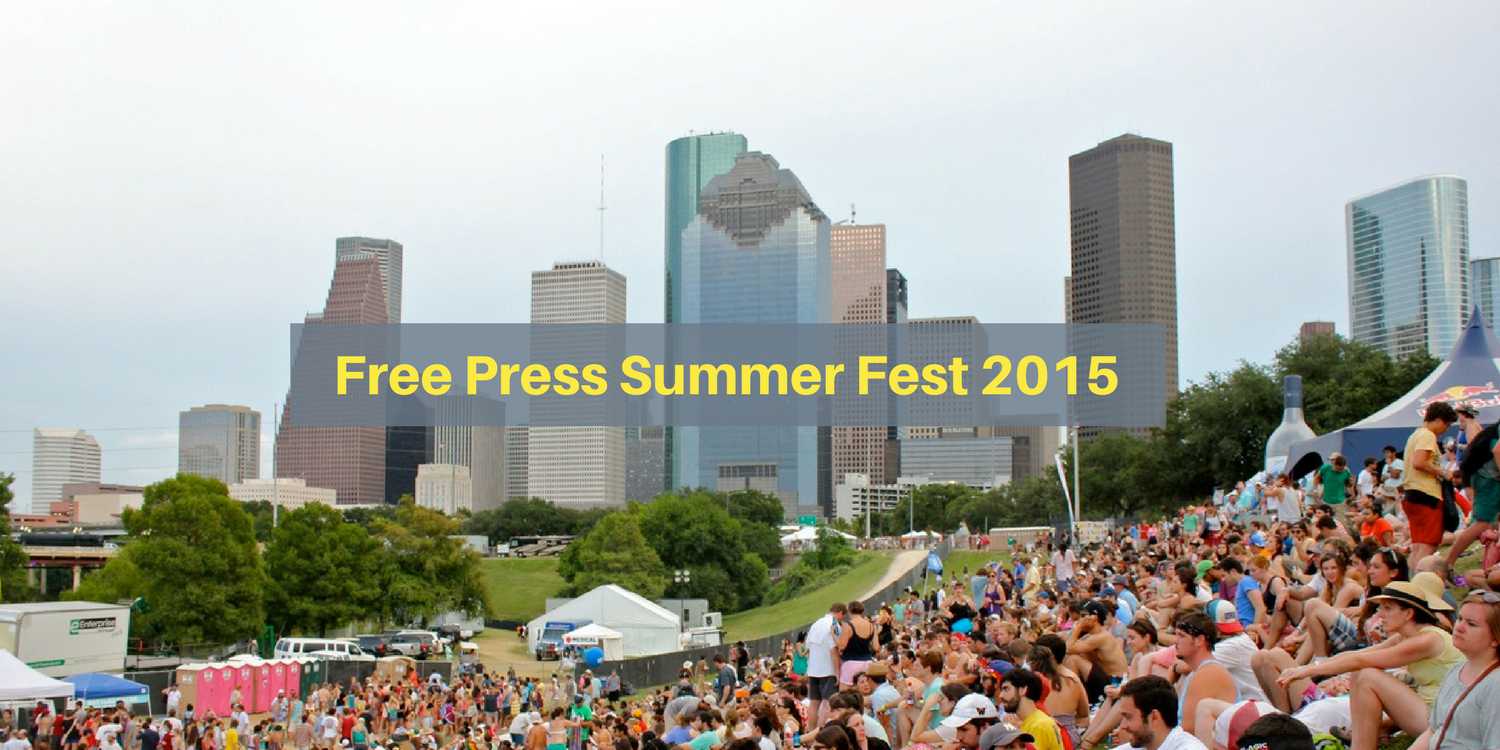 Free Press Summer Fest is a Houston festival held in the summer. It is a very difficult festival. Houston summers are notoriously dangerous, it is hot, it is humid, the mosquitoes are the size of golf balls. However as a Houston-born girl I think the festival is great and I’ll go throw any sort of torture for the goddess that is St. Vincent.

Sturgill Simpson
I am not a big country fan, but Sturgill is not “country” he is “Americana” right? Sturgill puts on a good show. Lots of dancing was involved which was kind of a nice way to make me forget the heat. Sturgill always gives me hope for modern country music and he is definitely making the festival rounds this year. I hope that means we’ll see a lot of him in the future.

Gary Clark Jr.
I had been dying to see Gary Clark Jr. for a long time. His bluesy music and masterful guitar skills is an original breed these days. This was literally the hottest part of the day and I struggled to stand in the sun for so long but it was worth it. This man can play a guitar and his vocals are even better live.

Lecrae
Lecrae’s genre is Christian Rap, which immediately makes me want to avoid at all costs, but Lecrae can work a crowd and not having sexism and profanity is actually refreshing. Don’t let this genre deceive you, go see the performance and you’ll understand. In one of his songs he raps about graduating college. Finally, something I can relate to, I can’t tell you how many times I feel left out in Jay-Z songs. Rarely do I party on yachts or hook up with models, but I’ve totally graduated college so thanks Lecrae!

St. Vincent
I have seen St. Vincent twice already but that only means I will wait forever for her. So we got to her stage early and waited it out with other fans. The fog parted and there stood Annie Clark in all her leather jumpsuit glory. This woman is one of the sickest guitarists of our time and her live performance is the most magnificent thing I have ever seen. The small, choreographed moves that she would do sometimes with her whole band in between face-melting guitar solos were so perfect and strange. I also want to give her a shout-out to being a beautiful woman who is insanely talented and doesn’t feel the need to exploit herself. She is a just a weird, beautiful bird that has flown into our lives to bring us cool dance moves and music.

R. Kelly
Okay, to be honest, at this point I was EXHAUSTED, but I was NOT going to miss R. Kelly. Let me set the scene: lights, fog, a gospel choir, and then BOOM out of nowhere…it’s R. Kelly, and yes he is starting his most famous song “Ignition”. Perfect. That means you can leave knowing you saw his biggest hit. We all got to dance. We strolled past Steve Angello afterwards to get our rave on and dance like psychopaths with whatever ounce of energy we had left and then we left.

Finally, the glorious moment when you get home after a festival and sleep like you haven’t seen a bed in ages and when you dream you dream about St. Vincent and R. Kelly collabs.