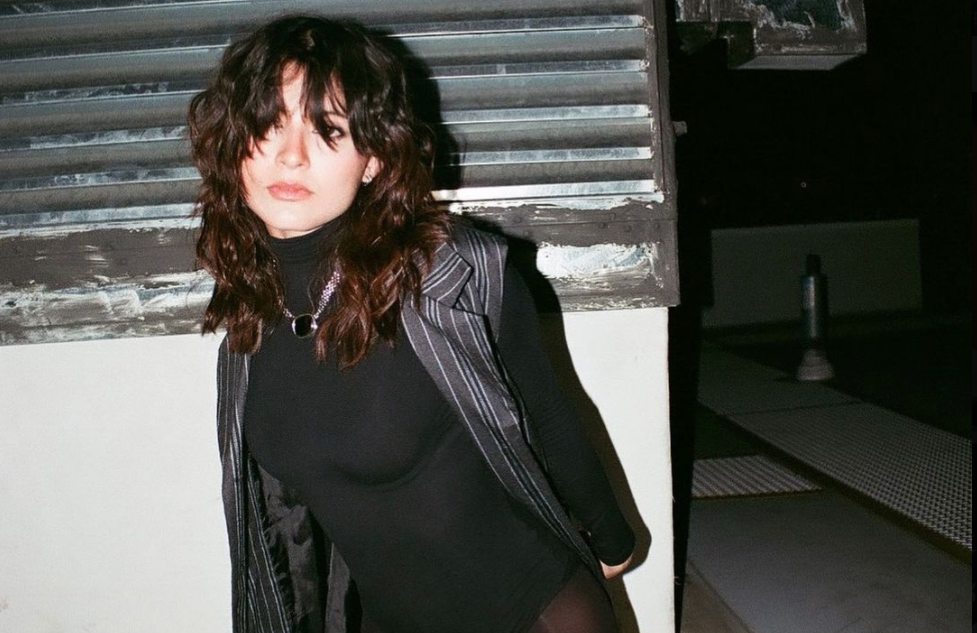 When I first listened to HYRA's "Broken Heart," I was immediately hooked by her captivating voice and insanely danceable melodies. The classic 80's sound with her modern sensibilities is totally on-trend, but not in a way that sounds forced. We talked to her about new projects, her viral Tik Tok cover, and the challenges she's faced.

HYRA: I've been writing pieces of poetry since I was little, and I'd call it a song. For real, I started taking it seriously when I was in college. I had friends of mine that I was close to that had dreams about making music. We collaborated over a beat. We made one of my real first songs together.

Tell me about "Broken Heart," what's the story behind it?

HYRA: "Broken Heart" is pretty descriptive, deeper than the title of the song. It tells the story of being in a relationship with someones and that not working out. I wrote it through the lens of being a good thing. Getting your heart broken is a formative experience. It's positive even though it feels bad in the process. The chorus is a celebration of that, which might be something you miss on first notice.

HYRA: I like to make music that's positive and empowering. Marina, Gaga, Kim Petras can cover dark topics with upbeat music. That's kind of my style, too, being able to juxtapose those two feelings. I want to get people dancing and talking about things.

Any you just went viral on Tik Tok, amazing. That video was so gorgeous. How did that feel?

HYRA: I covered a really big famous legendary artist, Rocío Dúrcal, and originally written by Juan Gabriel, "Amor Eterno." The song is very special to people with Hispanic backgrounds. It's a song that's played at funerals, or if you're remembering someone, it's a very emotional song. I heard it a lot growing up. I was thinking of my Grandma, and I was like, I want to do something nice for her, and I came across this song, and for the first time since I was little, I finally understood why she would cry when listening to it. In my twenties, I get it, and I spent like three hours sobbing, then decided to record this cover as a gift. I haven't seen her in over a year with the pandemic. She loved it, and I thought I might as well post it. I went to sleep, and I woke up, and it had like 30k likes.

The best thing that came out of that, number one, because of its nature, turned into a place where people were sharing stories about the people they'd lost. A lot of comments about people passing due to Covid or people remembering their loved ones that passed: it was nice to see everyone coming together in the captions and provide that moment of peace and nostalgia, which was not what I was expecting of Tik Tok. And it made me feel like that's the reason I make music. Knowing that music has that opportunity to heal or make someone angry or make someone dance, that's the reason why I do it in the first place. The video, starting as something that I made for my Grandma, having people tell me, "Wow, you sing beautifully," as someone who is like this is my dream, it was beautiful to watch these people come together and tell me to keep going. It was a beautiful experience.

What's been one of the biggest challenges in your career?

HYRA: Making genuine connections with listeners, connecting with fans on another level. Having fan connections, I've been heavily reliant on my digital platforms like Tik Tok and Instagram, even having email to make that happen. As a songwriter, it was hard to be inspired by anything other than the four walls that I'm in. I depended a lot on going outside and experiencing the world. With the pandemic in 2020, it was just difficult. I didn't go outside for a long time. Speaking to other songwriters, that's something that's pretty common. Those are definitely some hurdles I've faced over the past year.

HYRA: Getting over the creative block and being able to relate to people and hearing their stories that influences what I write about and how I make my music and who I make my music with, but slowly but surely, it's getting better, and we've learned to adapt.

What else do you have coming up this year?

HYRA: I'm currently working on a music video for "Broken Hearts," it's been a long time coming. With 2021, I want to give the people who are along for the ride the full experience of entertainment. I love songwriting, and I consider myself a vocalist, but I think the people I look up to are excellent performers. That's something that I hope to get to, and that's going to take a lot of practice and a lot of effort, but it's something I really want to do right.

I also have a song called "Rendezvous" which we finished recording, we're going to give it a little room. That song is like if you were to think of the color pink, and glitter, and knives, and a side of sass.

How important are visuals especially starting out? What's your creative process like for that?

HYRA: I'm a visually driven person. I actually went to school for production and I'm a content producer during the day. So it's super important to me. I'm trying to be as detailed as possible. I realized that's something I couldn't do by myself just because I do juggle a full-time job and I'm writing songs, and there's a lot going on, so collaborating with someone who is more creative and doesn't have the self-doubt that comes with starting out as an independent artist because I feel like that's something I struggle with.

I don't know how you have time for all of it! I feel like it's such a struggle to do your job, then your music, and do social media. Do you ever feel overwhelmed by things like Tik Tok, or do you think it's helpful to artists?

HYRA: I don't think Instagram is set up to be a discovery platform and a non-pressure platform the way Tik Tok is. Every time I post on Instagram, I think, "What are people going to think about this picture," because Instagram has developed into this portfolio-style "Everything is perfect" kind of platform. I feel like many creatives are taking a stance on the kind of content they're posting on Instagram where it's not as curated. But Tik Tok, I can film them in between work or waiting on something to finish up in the studio. It's such a non-pressure platform, and I feel like you can be yourself for real and connect to people who are like you and like the stuff you like and like the stuff you make.

HYRA: Off of my journey, I've really been surrounding myself with female creatives or just non-male creatives. For me, that's been super important to find people that are like me. Even if I'm not seeing them every day, having them in my network has been super helpful. I always say give to get, and I'm not going to be a gatekeeper of any of the information that I've learned and my music journey. Put out into the universe what you want to receive. I put out into the universe that I wanted to make more female creative friends, more female musicians friends that could propel me forward and support me and talk to me. This is stressful sometimes, and to know someone is going through the same things or at least can provide some advice or I can help them, that's super important. Your community and your peers are super important.