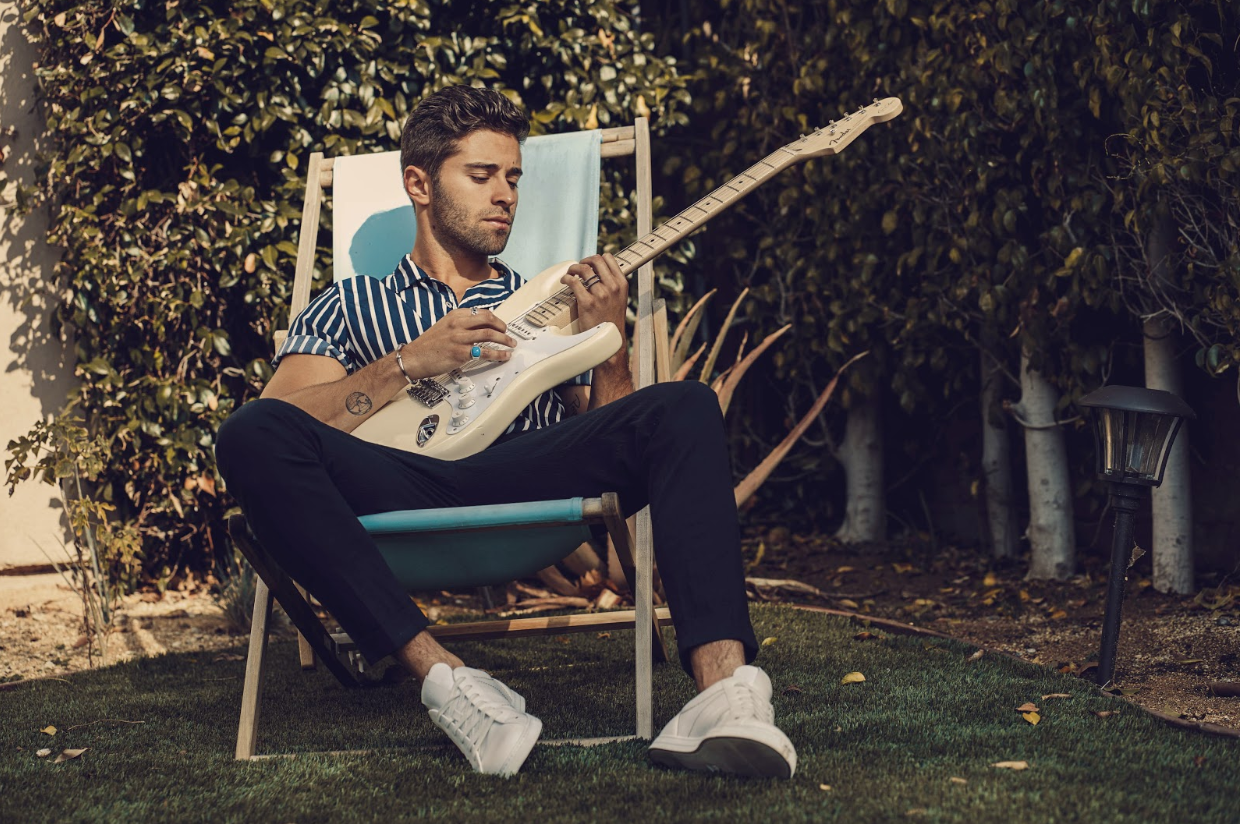 Jake Miller first made his appearance on my playlists with his single, “First Flight Home” five years ago and I was hooked ever since. From his bubbly personality, catchy pop hooks, and not to mention the most endearing eyes he’s enticing to watch.

I met Jake outside the El Rey theater in West Hollywood where we hang out on his tour bus and talk about what he’s been up to since I first heard him perform 5 years ago. For those that haven’t been keeping up, Jake was signed to a label, became independent and recently signed with SONY’s Red label.

“I just learned that if you want something done correctly, you have to do it yourself. Be the captain of your own ship.”

“A lot of times people dream of signing to a label and sometimes they let them take over because you believe they want to help you. I was too young then I think in some of my deals and I didn’t really know what to do or was too scared to speak up of my own label. My biggest piece of advice is, no matter who you sign with, you stand your ground.”

“The biggest thing I’ve learned is to not let anyone step in to mess with my vision.”

Since releasing his EP, it’s evident his sound has transformed since his beginnings. Jake says, “I think my sound is always evolving. Every project will sound a little different. Summer 19 was a collection of  5 songs, and I put out songs about every 2 weeks. I wanted to give my fans something new. I think these were my favorite I ever created.”

“The inspiration and sound for all 5 were all different. “Nervous” is EDM, “Last Text” is a bit acoustic and “Could’ve Been You” is more urban.”

He tells me artists he’s been captivated by recently include Jon Bellion who inspired him to produce all of his own music as well as John Mayer.

Jake’s new music isn’t just about experimenting, he wants his fans to know he’s past all the sulking songs. “I’m in a new relationship and I’m ready for the next step in my career and life and I can’t wait to see where the music goes next.”

He tells me, “If there’s anything I would love my fans to know that I created all of these songs in my own room. I created the beats by myself from scratch. I wrote the lyrics, recorded and shipped them off.”

After touring with Hoodie Allen, Jake plans to relax and create new tunes, but don’t worry, he’s assured me he’ll be on tour again next year.