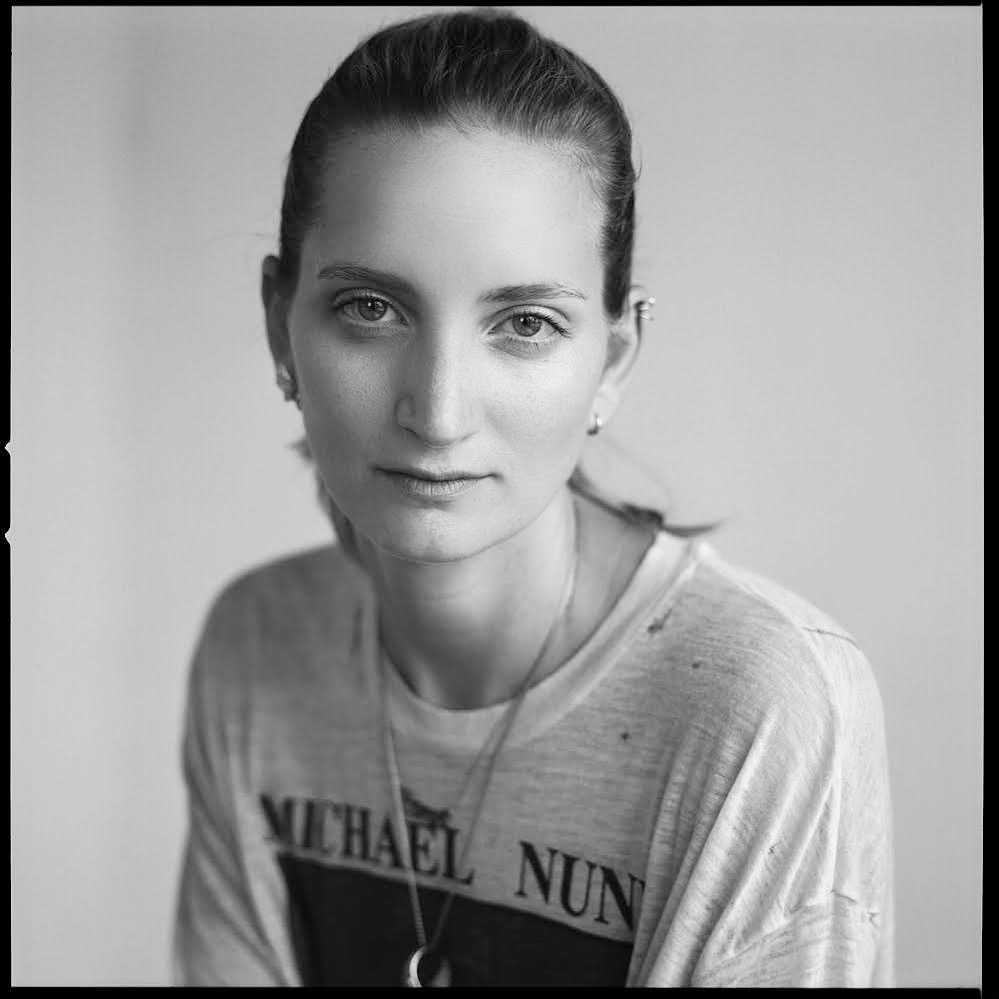 Janet May is a force to be reckoned with, she's an incredible singer and artist and her passion for activism is truly inspiring. She's been protesting ICE, playing shows in prisons, and reminding you to vote. We talked to the up-and-coming artist about why it's important for artists to be activists and her stunning music.

Janet: I’ve been singing for as long as I can remember, sat in my little car seat learning harmonies with my mom. She always was singing. Whether we liked it or not. I was in the church choir from 3 and I ate it up. I wanted to do it all from a young age. Music is instinctual. We all have a heartbeat. I started writing and recording music with friends in bands in NYC the lower east side signed to indie labels.

Tell me about "New York, I am Home” what’s the story behind the song?

Janet: I’ve lived in NYC since I was 17 and it’s been the training ground for me as a young woman through my 20s to becoming an artist. More like a crash course to be frank. But New York is one of the greatest loves of my life. Lots of people who've left, lots of different phases and shapes. But New York is my constant. I’d recently lost my dad to a battle with Alzheimer’s during which I cared for and advocated for him. Afterward, I spent a number of months in LA writing music and living by the beach pretty removed by design. It was a healing and creative time. I came back to New York last year having changed immensely, with an open heart in a different way than before. Well rested, but you can never prepare for the unexpected. New York is hard, but New York provides.

I wrote the song at my piano in my East Village apartment once I'd moved back, and it really just came through as-is. I didn't set out to make a love song to the city, but I think the feeling of transitioning, engaging with my inner strength, and meditating on my choice to move back home was all on my mind.

Tell me about your ICE protests, how did that start and why is that important to you?

Janet: ICE Immigration and Customs ENFORCEMENT agency is an armed force sanctioned and funded in the billions to search NOT for criminals but for the most vulnerable amongst us termed “illegal”.

No person is illegal.

That is a threat to human rights and the statement itself is fundamentally flawed. We must resist.

ICE is sanctioned to detain individuals without due process and indefinitely. This kind of action from any government should alarm its people. I just yesterday saw an image of ICE driving a military tank down a city street in Queens, NY. I feel the public needs to resist this kind of presence and threat immediately.

I strongly recommend being a part of organizing protests and demonstrations because the experience is important, the action significant, and whenever more than one person come together, I have seen the effect can be huge.

In addition to protesting, this issue is on the ballot in 2020. Make sure you vote to defund ICE.

Why is it important for artists to be activists?

I can't speak for artists as a whole, but I'm interested in working against all odds to make something that speaks to me, or comes from a deep understanding and need. That need has led me to travel outside the expectations and status quo of day to day life, and my work reflects those experiences.

I recently worked with DMC of RUN DMC. He says, "art fills in where politics and religion fail." I find that incredibly inspiring and frankly comforting.

And you are performing at Riker’s Island! Why is that something you wanted to do?

Janet: My love and understanding of the power of music has led me to be interested in playing different kinds of spaces, schools, hospitals, and most recently NYC's Women's jail on Rikers Island.

Where my music and activism intersect is my focus, in that I think art and music can reveal an undeniable truth in unique and exciting ways. I try to write lyrics that wake us up. I know deep down we all give a damn.

I wrote a song about having a loved one incarcerated which is incredibly personal, but I found that whenever I played the song out people would come towards me moved to tell me their story was like mine. Their brother, their mother, their cousin .... etc. it really is an American story at this point. 2.2 million people are living in incarceration today. Think about how many Americans that effects.

Bringing music in and being with the ladies on Rikers Island was something I felt deeply because I wanted to be with people's mothers, sisters, aunts, neighbors all on the inside. They are not forgotten. It came from that need.

I’ve been embraced by the women on Rikers in a way I could have never predicted. This a place where music is needed. It’s not a huge tour and it’s certainly not glamorous. But it’s real and it’s palpable. And it’s a moment to remember what we all share.

Janet: Women grow up quicker than men. If you feel smarter than you are being treated, then you are. Don't ever play dumb. Do your thing. Whatever it is. Always do the best you can, and don't ever apologize for it. The feminine is the creative, there is great power there.