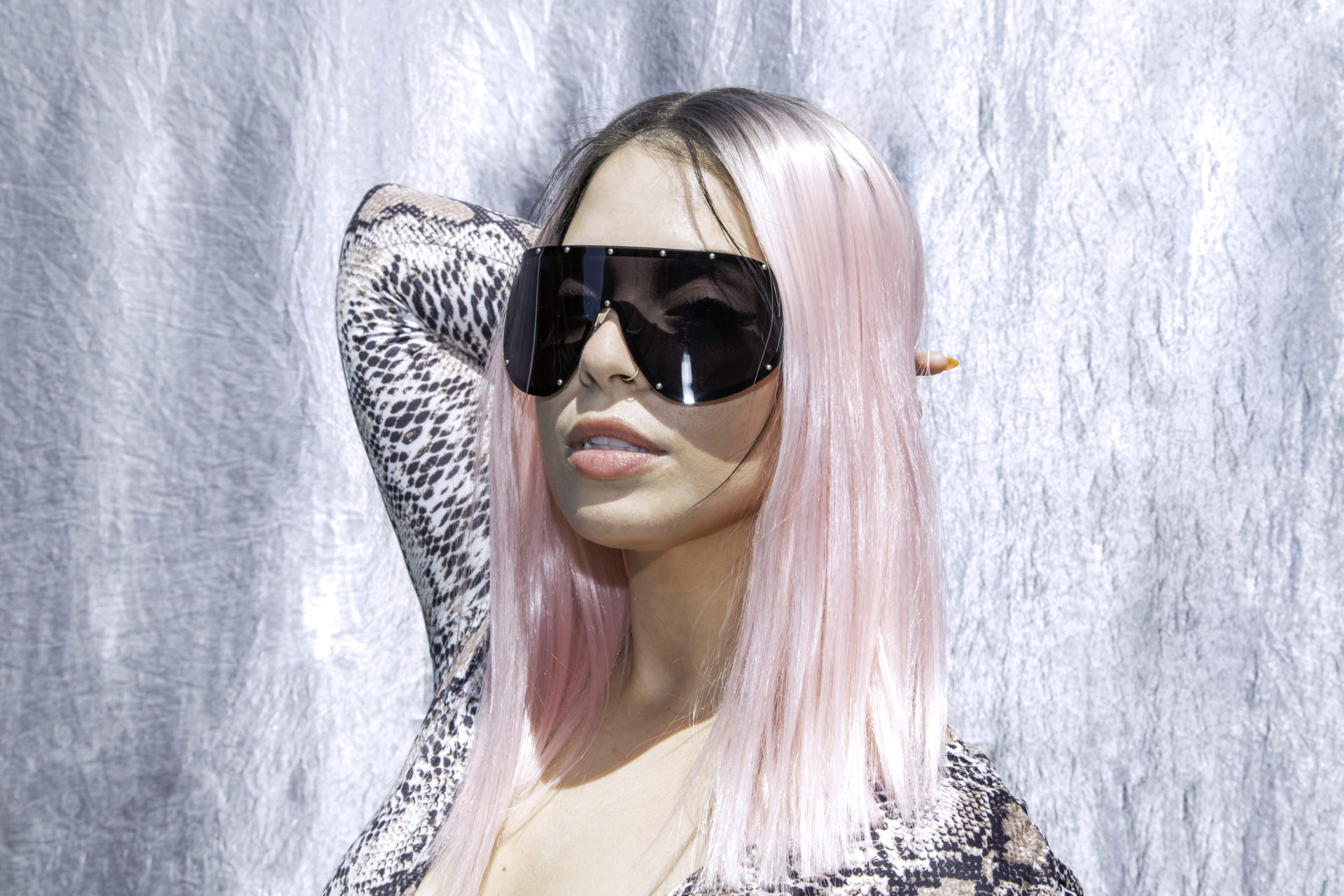 KOPPS has been dropping some of our favorite danceable pop. Their songs are catchy but they go deeper than what you first think, their latest is about consumerism but in typical KOPPS fashion, it's a tongue-in-cheek bop that will get stuck in your head before you realize it. We talk to front-woman Patricia about the new song and what you can expect from their live show.

Patricia: The fact that we are finally going to be able to release a lot of the things that we’ve been working on is really making me excited. That leads to more creativity for us, when we feel like things are finally moving forward. In the music industry there’s a lot of logistical and legal stuff that can delay things for artists and when things are lifted it kind of trickles down. I’ve had a lot of really great writing experiences and song ideas. I think I was experiencing a little bit of blockage prior because nothing was moving forward and it was like zapping my energy. I’m really inspired by the fact that we’re going to get to deliver music to people that are waiting and hopefully people that have never heard us before.

I feel like that’s something that a lot of people don’t understand, how hard it is for artists just to get things released.

Patricia: It’s tough! It’s like you have all this music that’s been done for so long and for whatever reason things are holding you back.It’s hard to keep your steam going but if you’re really dedicated to your craft you kind of have to push through those moments of darkness.

Especially when an artists like yourself has so many visual components!

Patricia: I feel like we want it to be really loud. In music there’s a lot of super standard visuals of people standing there and looking cool, but we’re always very tongue-in-cheek, we want our fans to get what we’re doing and know not everything is super serious.

Tell me about "Oh Dang Dang"

Patricia: It’s a song that kind of beats you over the head, it’s mostly about our obsession with consumerism. We’re just playing these characters that are addicted to the next big thing. I think obviously a lot of people in the world may be in denial about their love for things but they can’t actually make you happy. We like to pretend they can but it’s a very danceable track.

And tell me about the upcoming tour?

We’re pairing with the Electric Feel indie dance party, they are awesome. We’re the only band! It’s a lot of indie band music and it’s a huge party and they always sell-out.

What can we expect from your live show?

Patricia: It’s wild. Until you see us live you don’t have the full picture of who we really are as a band. There’s choreography, Id o all the choreography for us, everyone is in tip-top shape. We coordinate outfits and it’s really an upbeat dance show. I try to get the audience involved as much as I can and we try to make it unique and different.

I wish more bands had choreography.

Patricia: It’s making a come-back. Some people came to a show and they were doing the choreography. I was like ‘Oh my dog, this is the goal for the audience to like the moves well enough that they’re doing them!’

How does that make you feel as an artist?

Patricia: I don’t really dabble in hard drugs, because I feel like I get super high every time I perform. Just to know that I’m able to give someone that moment of enjoyment and they’re giving it back to me. I feel like when you get to a certain level you lose that zest for what’s happening. When I’m on stage I’m fully immersed in that moment and I have to leave everything at the door and I’m lucky that I’m able to do that. As soon as I walk on the stage, that’s it, the audience owns me.