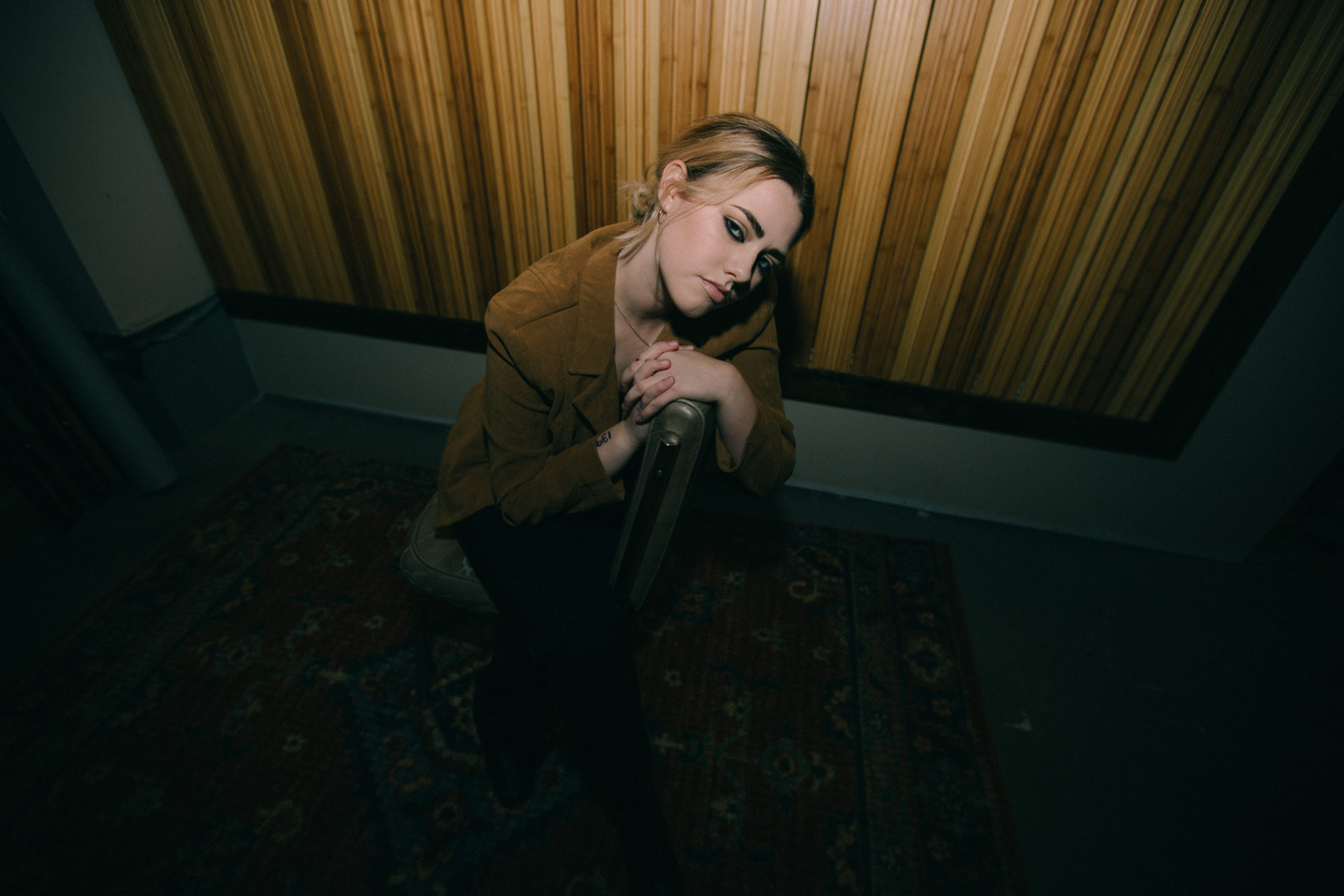 Maggie Miles may be a newcomer on the scene, but her thunderous voice and her ability to put so much meaning behind one song show that she's a force in the making. Her song "WHATDOISAY" is about a point where we've all been, when there's no words for how we feel. We talked to the up-and-coming artist about the new song and what else has been inspiring her lately.

Tell me about your song WHATDOISAY?, what’s the story behind it?

Maggie: WHATDOISAY? Is such a special song to me to release first out of this new batch of material. The chorus to the song was the very first thing I wrote when I moved to Nashville 5 months ago. I sat down at the piano in this little practice space area near my manager's office and just started messing around. I was feeling heavy that day and looking back now I think that all at once I was in absolute disbelief but also terrified that I was now expected to make music worth listening to, for more than just myself. While I was plinkering around, I came up with this vocal stack idea that I immediately knew needed to start the song as I was playing it on the keys. Then the words “what do I say?” just fell out of my mouth. I’m not sure if at that exact second it had the same meaning, maybe I was literally saying “what do I say right now? I don’t know how to write this song.” Who knows, as songwriters, our definitions and emotional descriptions within our songs can change countless times. But after writing that chorus, I remembered that I had something very new arching over the horizon, in fact, the very next day. It was something people in Nashville refer to as a “co-write” This was something I had never taken part in. Why on earth would I open up to a stranger? Share a part of my very soul on purpose, with someone? But something in me was telling me that this was important. That this song I started writing should be taken to this session. So I woke up the next morning and expressed exactly what I wanted to tell people through this song. And ended up walking out of the studio with what I knew, was the next single. I have to thank my co-writer on the song, given the fact that lyrics are my utter soul. And so he definitely allowed me to hang onto those and not lose any of me in it. We worked so well together in that studio, and I know he was the perfect person to make this song with.

Maggie: The simplicity of a change of pace can do absolute wonders for the right side of your brain. Moving from a town where I was the outsider for doing music to a city where if you weren’t, it’s absolutely bizarre. This of course scared me, but at the same time, challenged me to be absolutely nothing other than myself.

Tell me about your songwriting process, any tricks you swear by?

Maggie: The keys are usually where everything starts for me. Sometimes I hear a drum program in my head and I start playing over it, trying to pocket something that doest exist yet. But the biggest reason I write music, is to process what I’m going through. I think every artist can relate to this, but writing is therapeutic. It’s an unapologetic, nonjudgmental space where I can express what it is that I am, or am not feeling at that time. Sometimes I find myself singing of times that happened in months past. Maybe this is a way my soul sorts through or processes experiences? When you’re in the thick of something tumultuous, or even excellent, sometimes you don’t really know what to say? So I find letting my fingers on the keys do it for me, allows my words to follow with more ease than if they weren’t accompanied with a melodic cloud.

What has been the highlight of your career so far?

Maggie: It has absolutely been being able to tour. Performing live is where I feel the most free. I have dreamt of being on the road, and giving 110% for nights in a row for longer than I can remember. Even before I overcame my stage fright, I had this dream of performing and entertaining people. Little did I know at the time, that it would be with the words and sounds I never imagined would leave the walls of my bedroom.

Maggie: Comparison has always been a demon for me. But specifically within my creativity or capability as an artist, I struggle to not become swallowed by my own head being stuck on an ever pivoting swivel, gazing at other artists in Nashville, or anywhere. Weighing my own knowledge or talent with theirs. It’s so empty. And learning to let go of that completely has been a test of faith, but I know now that if I try to be anything other than me, then what’s the point of any of this?

Maggie: Not really sure how to respond to this, given I’m only 20 years old. But don’t do anything other than what makes you excited to wake up in the morning. Follow your dreams etc.

Maggie: Ohhhh man. I’m so excited for this year. WHATDOISAY? Is out in the world now, but I have two more releases in both March and April leading up to a long awaited full length project officially releasing on May 22nd! And I could not be any more ecstatic, these songs are a mix of both things I’ve written previous to moving to Nashville and then after being tossed into the new town. They’re a part of me, and beyond special. Besides the amount of new material, I will also be touring relentlessly this year. In fact I’ll be on the road all throughout Texas, Georgia, Kentucky, Tennessee, New York, Boston, and LA! Gonna be totally packed with live music, new releases, and hopefully lots of interacting with fans!