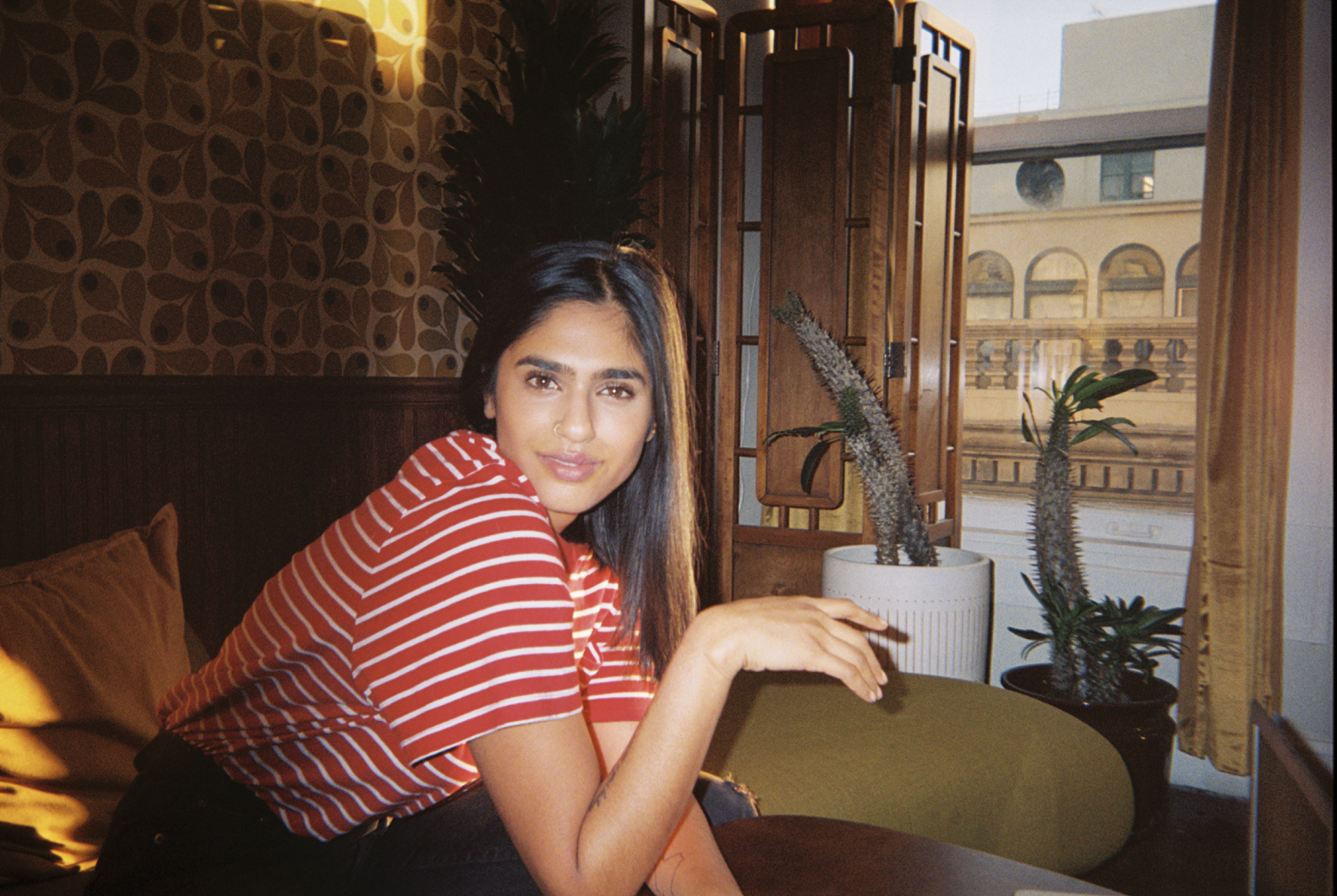 Shreya Preeti has never shied away from her talent and she has no problem breaking the boundaries of pop music. As a child she grew up learning classical Carnatic music but her ability to channel her sound through so many different genres makes her truly unique. She finds inspiration in the classics like Prince, Diana Ross, and Chaka Khan but also current Pop queens like Dua Lipa and Ariana Grande. She has found the perfect way to meld the worlds of the past and the music of the present. We talked to her about her song “Upside Down” and what else she’s been up to this year.

Tell me about your song “Upside Down” what’s the story behind it?

Shreya: A few months ago, I came home from work, and my boyfriend (who is my producer) asked if he could share a song that he had started writing for me. He played me the original demo to 'Upside Down,' and I immediately latched on to its infectious hook and knew I needed it in my catalog. It took us quite a bit of time to figure out how we could make the song fit my style and voice while still keeping the quirkiness of the song alive. After honestly making, like, five different versions of 'Upside Down' in different keys, tempos, and vocal deliveries, we finally landed on the version we have now, and we knew it was going to be my first single for 2020. We co-wrote the record together, which was just so much fun, because what's better than getting to work with your best friend? This record is about being so into someone that you can hardly deal with yourself when they're not with you.

I love that it was inspired by Prince and Dua! What a combo. Can you tell me what you admire about them as artists?

Shreya: Honestly, what isn't there to admire about Prince? He's everywhere, even today. His confidence, pure musical talent, and creativity inspire me every time I listen to him (my favorite body of work by him is his self-titled album). He doesn't care about anything other than making a song the best it can be. His extensive musical career inspires me to continue making music that I genuinely love, no matter if anyone is liking it or even listening to it. I think especially with her newest single, 'Don't Start Now,' Dua Lipa has found such a perfect way of bringing back those nostalgic disco-era sounds and blending it so well with current pop sounds. I always admire her vocal delivery, and as an alto, I'm always a huge sucker for cheering on fellow true altos who are killing it in the music industry. Her vocal tone never gets old!

Shreya: I'm so here for the idea of disco coming back in the Pop music game and am currently listening to the Bee Gees as inspiration. 🙂 I'm also always so inspired after listening to Prince's 'Prince' album. Lately, I've been obsessing over Ian Kirkpatrick's production - he's on my list of dream collaborations, and I hope that I can work with him in the (hopefully near) future!

Shreya: I think for me, the biggest challenge I routinely face is feeling like my voice matters in this oversaturated market. It's difficult to believe that people are listening to my music when there is so much new content being released every day by bigger names. Sometimes it feels like my goals are unattainable, but then I bring myself back to artists like Prince, who really didn't care about all of that noise, and just make music because he knew that's what he was supposed to do. I would be lying if I said even restructuring my thoughts like that completely alleviates those mental obstacles, but it definitely helps.

Shreya: Be confident in yourself, because no one is going to advocate for and cheer you on if you can't do it for yourself. Find the parts of your personality that separate you from others, and really lean into that. Don't spend too much time on Instagram, because they're going to continue to mess around with the algorithm until you cave in and start paying for your posts to be shared on peoples' feed. And lastly, don't fake it in this industry, because people can see right through the bullshit.