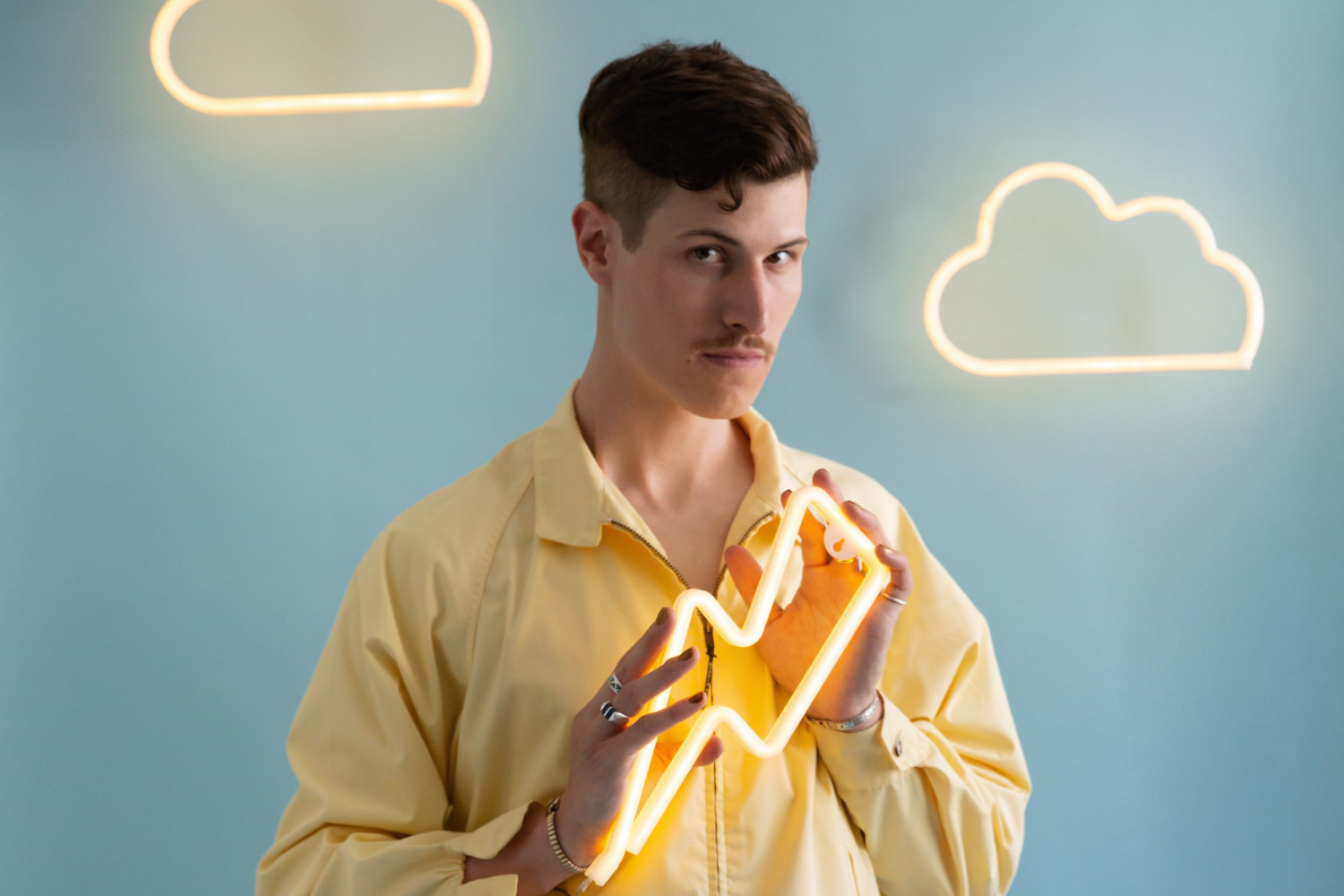 Stefan Alexander has an essential message in his music: don't give up. After facing severe medical problems, he found himself unable to play guitar or even sing, but he knew music was his calling and worked around it. The product of that hardship is his new EP, Thunderclap. An emotional pop masterpiece that will get stuck in your head but also make you cry if you let it sneak up on you.

Stefan: I started tinkering around on my family piano when I was about 4 and started taking cello when I was six, guitar when I was twelve and picked up other instruments along the way. I played folk music primarily for the first ten years of songwriting until I was about 22 and round then I went through a bunch of crazy medical stuff. That initially prevented me from playing guitar and eventually prevented me from singing for three years. During that year when I could only sing, I had to find other ways to make my accompaniment. Pop became the logical progression, and now it's stuck. Even though I can play guitar now, pop feels like the genre where I feel most comfortable.

How did going through those medical problems influence your writing?

Stefan: I learned to write music without an instrument in my hand to the point where my favorite place to write is on the subway or when I'm walking around. I record voice memos and type into my phone. It's changed the way I write but also the content. It made me look at the potential platform in a way to hopefully influence people and bring them to action in their own lives.

How did you stay motivated to pursue music even though things were working against you?

Stefan: There was an urgency to it. I've never seen another path for my life. So when I was thrown off that path, it became my mission to get back on it. I wasn't going to take "no" for an answer. I had about twenty different doctors tell me they couldn't explain it. I wasn't going to take that as an answer. I know that music is the language by which I can convey the most of myself and my thoughts. To get that back was the only thing I wanted.

Tell me about the EP.

Stefan: It's a variety of songs. From the time when I couldn't play to this time now in my recovery where, I have this whole new optimism and positivity towards life and my capacity for change. That's somewhat the theme of the record. I always try to create a variety of emotions on a release because that's the human condition. It's awesome to get into a record that's super fun and happy-go-lucky, but I like my songs to describe all the various experiences people have.

I love that, which song would be the hardest to perform?

Stefan: Definitely Thunderclap, it's vocally challenging but also emotional. I wrote that song to distill that experience of all those medical challenges into a 3-minute piece of music. Wanted to have this work of art for myself that I can use when I'm feeling down, and I'm hoping other people can use that too.

I feel like there should be more emotional pop, I love that, what's the importance of making pop with a message?

Stefan: I think the reason why it's not always done is that it's more difficult to convey deeper emotions and make them immediate. The whole thing behind what most people think of pop music is that you listen to it once, and you get it so ideally by the second or third chorus you're singing along, but you also are trying to tap into this complex human experience and to be able to do that with so few words and sticking to a simple melody and digestible structure… it just takes a long time. It's challenging, but it's so worth it.

What's your best piece of advice for young musicians?

Stefan: To just write what you feel and what you think and don't worry about how it sounds, It's all about accessing that vulnerability and if people can feel that they'll be drawn to you.