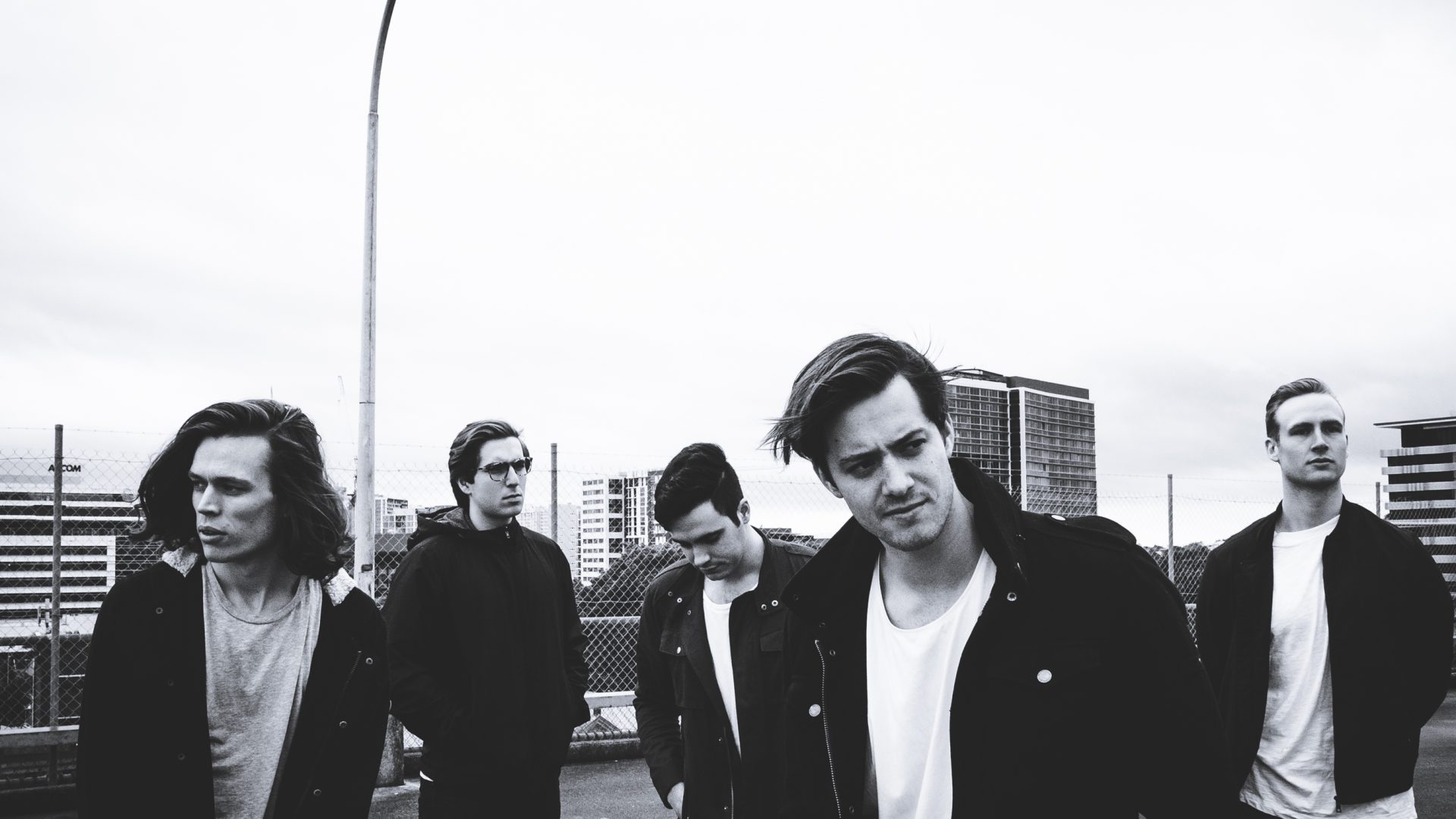 We are so excited to show you the new Calais video for Seeing It All. The video is stripped down and feels more intimate in the acoustic setting.

How did you guys meet?

Tim: We all met at high school in 2010. I had come to the school to do my final year when I met the guys. I had been in a few bands when I was younger but was more focused on my acoustic writing at the time. The guys had been in previous bands as well but were looking for a lead singer to enter into an upcoming battle of the bands. By chance we met and they asked me to join. We essentially wrote and finished our first two songs in our first rehearsal got a real kick out of playing music together. We were lucky enough to win our battle of the bands so we got a bit of confidence and motivation to go further and do more gigs. Fast forward seven years and we’re still here!

Joe: The process is pretty natural and creative, there isn’t always a strict process we follow. But generally we try to focus on the song at its simplest form initially, and then build up all the production and instruments from there. We’re big believers that if a song rings true with a vocal and an acoustic guitar or piano, then the foundation is in a strong position for the rest of the layers on top to go on. Guy, Will and myself are the main ‘producers’ in the band so we focus a lot on sound and rhythm. We normally work off an initial vocal melody or lyric that Tim comes up with and try to make a full song out of it. Sometimes we’ll start with a drum beat or synth that we’re really liking but we always try to get a lyric idea in there very early on in the process.

Tim: Lyrically, I focus on things that have affected me throughout my life, the things that I believe in and the things that I feel passionately about. This has developed as we have matured as people and musicians and is a powerful avenue for me to express myself. I see nothing authenticate in writing words that I don’t understand or that don’t have deep meaning to me.

How did you come up with your sound?

Joe: We’ve been lucky to have the same lineup for a really long time, so we’ve grown up together from 15/16 years old and really grown musically together in that time. We’ve had the time to really find the music we want to make and are only now starting to really be satisfied with what we’re creating. We’ve been through a few phases as well, we started off as quite a heavy rock/punk band in high school as a lot of bands seem to do and then we softened up quite a bit, and now we’re getting a lot of satisfaction out of finding the balance between grit and lighter sounds. The element that has been a constant for us is atmosphere, so I think that will always stay with everything we do.

Tell me about your new video for Seeing It All?

Tim: Seeing It All is about the struggle after a long term relationship when I was unable to identify myself as an individual after being a part of a couple for so long. I was seriously lost and it was a time of incredible growth and self reflection, as well as confusion and loss. We’ve used the film clip to exaggerate this feeling by using the smokey dark set with the mirrors. The girl of my past keeps appearing in the mirrors and in my reflections, she imprinted herself in me and I could see and feel her everywhere. We worked with a really incredible Australian film maker and team in Mohworks in Brisbane. We discussed the concept with the mirrors and the team worked to bring it to life. Our image and the tone is very important to us and it’s probably the first film clip that we visually got this right.

Joe: We’ve had the idea to strip down Seeing It All for a while. We really wanted to give the lyrics the limelight and show a really different version of the song. It’s easy for the lyrics to take a back seat in the original track with all the heavy rhythms and layers of synth so we thought it was a cool song to strip it all back. We’re aware it’s not a true acoustic version haha, the original thought was just to have bass, piano and an acoustic guitar, but we couldn’t resist putting a drum pad and an atmospheric guitar in there.

How is it different from your other videos?

Joe: We’ve never shown two versions of a song before. Normally we’d just release the original version and just mess around with something else in rehearsal, laugh about it and then move on. This time we decided to not move on, set some cameras up and get it all recorded. So the whole process of altering a song isn’t really new to us, but showing every one is. So hopefully people enjoy it and find the different take on the track interesting!

Tim: Work hard, gig hard and write hard. Music is a passion for us and consumes us in a lot of ways so we are always looking at ways to improve ourselves. Try to find people that are likeminded to you and just enjoy the process of bouncing creativity around. We always succeed the most when we’re enjoying ourselves so that’s probably the most important bit. And if you love it, chase it!

Tim: We’ve just finished recording a number of new tracks to come. We’re really happy with them and can’t wait to get them out to you guys!