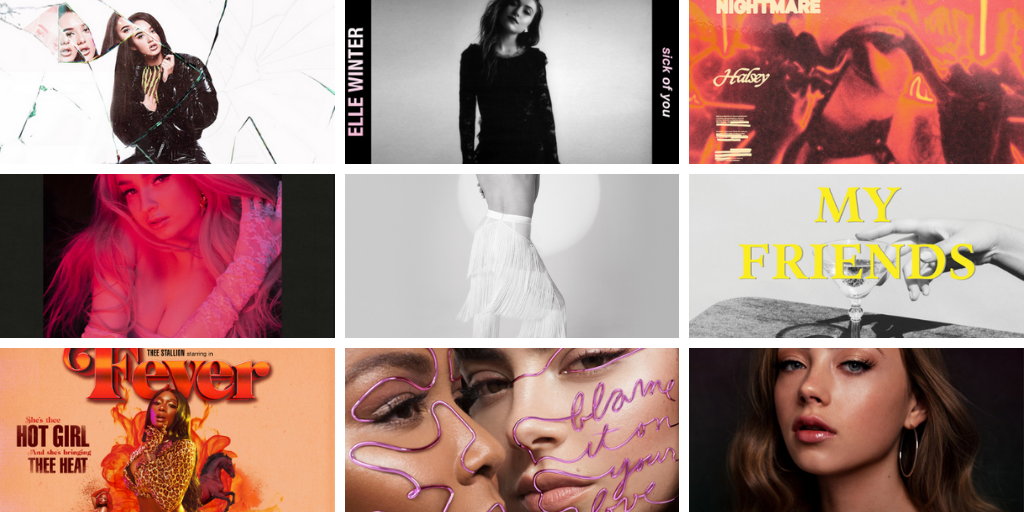 It's hard to imagine a better dua than LIZZO and Charli XCX. Their new song "Blame It On Your Love" was a highly-anticipated rumor that stemmed from Charli's Pop 2 compilation. Now that she's added LIZZO to the mix it's the summer-bop that we've needed.

She explains on Instagram, "Ok tryna not write the longest caption of eternity so let me TRY condense: 1) I’m so happy this song is out 2) I’m so happy you guys like it (yes - u already know I stalk all your accounts & see what u r saying out there on the Internet) 3) keep tagging me in your videos and also make some memesssss of me, u know I’ll repost 4) I love Lizzo 5) I love Lizzo 6) I love Lizzo 7) this song slaps."

Rising pop singer and songwriter Elle Winter releases today her infectious debut single "Sick of You" off her highly anticipated EP due this fall via RED MUSIC. Co-written and produced by The Orphanage, the popular hit making duo who have penned and produced massive hits for superstars like Demi Lovato, Alessia Cara, Lizzo, andThe Chainsmokers, Elle's "Sick of You" gives the world the perfect introduction to pop music's newest star.

She says, "I'm very excited to begin my next musical chapter with my single 'Sick of You,' which describes being with a person who understands you and that you connect with" explains Elle. "It's fitting for me to set the tone of this chapter with a message of connection, given that this is what I strive to do through my music: connect with others."

Chanel’s sound incorporates pop and R&B stylings, while applying the influence of jazz, hip-hop, and soul. Many of her early inspirations include 90s legends like Mariah Carey, Aaliyah and Janet Jackson, which shine through in her music. The young vocalist will release her debut EP XVII in Summer 2019, which captures the complexity of young love and the unraveling emotions that follow.

“‘Pretend’ captures the frustration, anger and sadness of the first naive stages of love and the harsh feelings that follow,” Chanel explains on the new single. “The song explores denial and the need to escape the past.”

18-year-old singer/songwriter Baker Grace is that rare artist with singular ability to express both her own personal struggles and her vision for an elevated existence through dreamlike textures, hypnotic rhythms, melodies that endlessly mesmerize. Her early experiences in the music industry starting at 16 have profoundly influenced her outlook on life and musically, has pushed her towards a greater level of self-possession.

Her five-track EP "Girl, I Know," is a culmination of those experiences expressed as a concept body of work where each song corresponds to the five days of the working week and each song embodies a distinct mindset and mood.