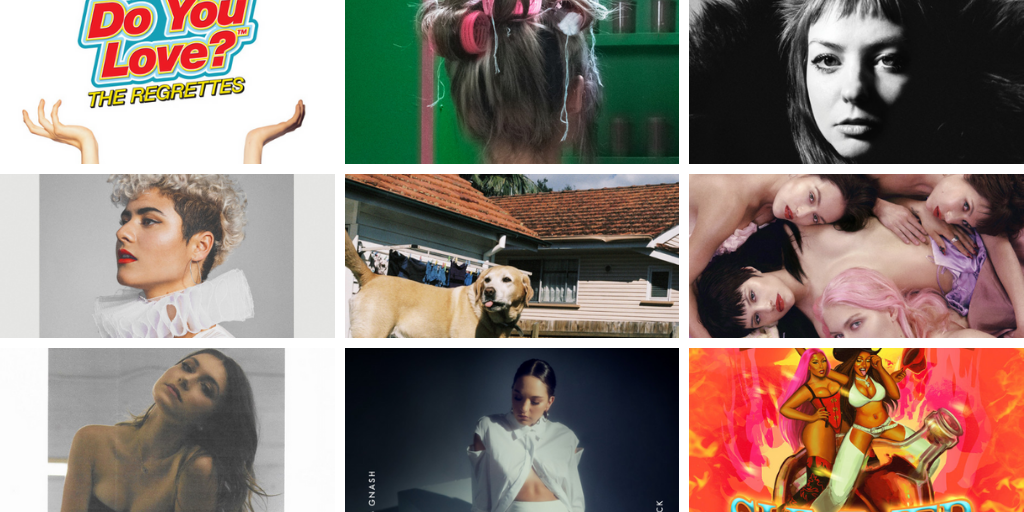 THEE song of 2019 is here, Megan Thee Stallion joins forces with Nicki Minaj and Ty Dolla Sign with "Hot Girl Summer" and it was everything we wanted and more. The song is more than a cultural phenomenon, it's a testament to the new wave of amazing female hip-hop artists that are taking over the genre.

She says, "it's just about women and men being unapologetically them, just having a good-ass time, hyping up your friends, doing you, not giving a damn about what nobody gotta say about it."

Rising Sydney-born dark-pop artist CXLOE pairs up with singer-songwriter and rapper gnash for her newest release "SICK" and we're in love.

She says, “The song ‘SICK’ is about loving too much and never wanting to show it. Never having that middle ground or normalcy within yourself because your emotions are extremes of each other. Sometimes we want to be showered in affection and jewels and dinners, and sometimes we just want that raw emotion of feeling sick over someone, like an obsession. That pit of your stomach sick.”

The Regrettes just dropped their album How Do You Love and it's all the angsty feminist pop-punk you need.

Lydia Night told Teen Vogue, "We’re trying to convey more of the female-empowerment aspect and the very strong cautionary-tale theme was all kind of a choice to be on your own at the end of the album, [which] is expressed in a way at choosing yourself over the person...the music is just a reflection of learning more, and there’s a lot that goes into that as a person."

Elle Winter is a renaissance woman, she was discovered by Disney at the age of twelve and is a singer, songwriter, and actress. Don't let that Disney thing fool you though, Elle's songs are brimming with maturity and emotional depth.

Her new song "Cave In" has her singing "Blood shot eyes, from crying all night, lost my voice from yelling, but we’ll never talk again, words like knives, yours and mine, can’t believe I said them, I wonder if you meant them..."

It's clear that Elle is going places and with each release of her songs she proves that.

She says, “I made this song with Wynne Bennett who is a fire ball and was really easy to work with. It was based on a mutual interest in the song ‘Enjoy' by Bjork, so essentially we decided to make a Montaigne/Wynne version of the song. I’m really proud of how it came out. It’s like my version of ‘Groovejet’ by Spiller - the narratives are sort of parallel to each other.”