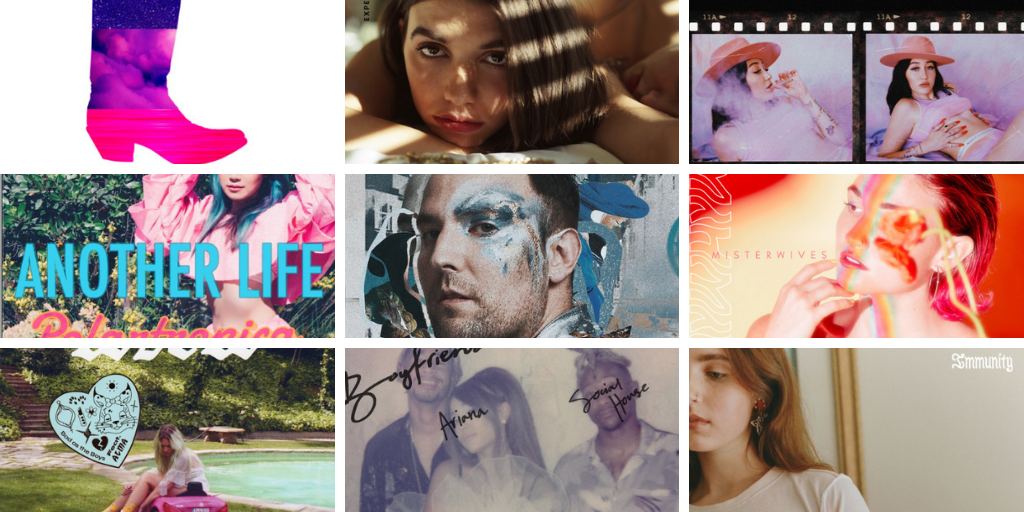 FLAVIA never shies away from her personal life. Her new song "Expectations" keeps up with her honest songwriting and catchy melodies.

She says, "I wrote this at the beginning of the discovery of my bisexuality. It represents the shedding of the labels and boxes that society pushes us into. I don’t fit in a box, nor would I wouldn’t want to, and I hope this song empowers others to feel the same. This song was the beginning of it all. It’s so special to me. "

A very necessary deep dive into Clairo's highly-anticipated Immunity is so necessary for your emotional health.

Clairo went viral after her song "pretty girl" due to her vulnerable lyrics and knack for producing songs that cut to the core. It your most honest and upsetting thoughts realized and whispered back to you. Haunting and delicate but also fearless.

Misterwives is back with new music and its just as dreamy as you would expect.

Mandy Lee told Billboard, "I really started writing, not thinking about the album. I just had to write. "Whywhywhy" was one of the first songs that I wrote and that was maybe a year, a year and a half ago. It's all very recent. It's so funny when you start to write a record you're like, "I don't know what this is gonna look like, how this is gonna form," and just now on my way here, I saw a massive mural on the sidewalk that looks like one of the images on my mood board, that was one of the big inspirations for the album's artwork. There have been so many little signs from the universe like that, saying, "Oh, this is the right track." All these little tiny moments of kismet, like, "OK, this feels right." ‘Cause you doubt yourself the whole way through, and during and after!"