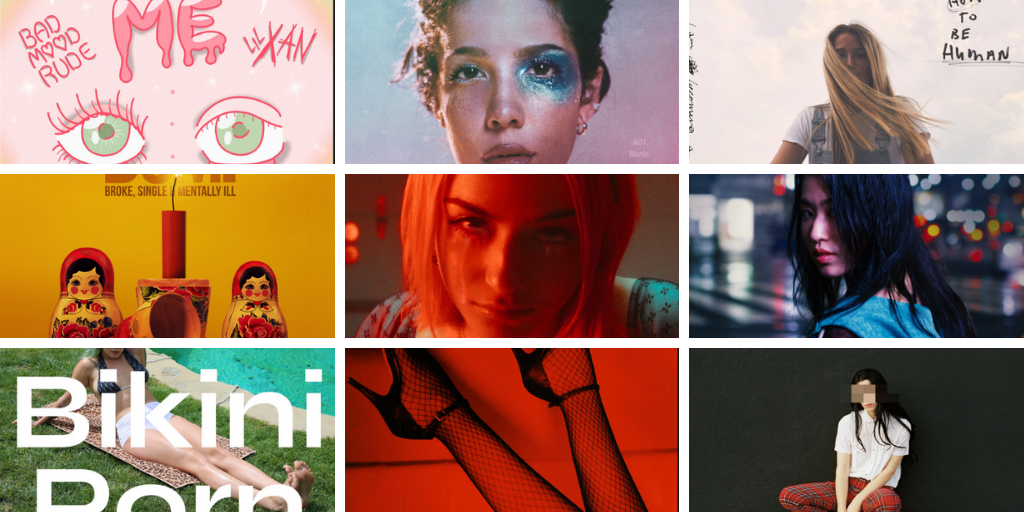 BadMoodRude is back with a new song and it's the perfect collab.

The single is a dysfunctional love song between one yearning for an elusive “great love” and another incapable of sharing it. BadMoodRude sings of the kind of relationship—or mere flirtation— that’s both toxic and intoxicating. The single features a keyboard-heavy track infused with BadMoodRude’s signature dreamy synths and floaty vocals, set against the contrast of Lil Xan’s distinct rap.

ARI says “I came up with the song title “BSMI” when I was depressed and languishing in bed on a Sunday in December. I came up with the music video concept and the next day I wrote the full song, which is the very definition of turning pain into power, my mantra and message for mental health awareness.”

It is X. ARI’s mission to not only raise awareness about mental health but to also focus on using her platform to empower others to turn their pain into power. If you or anyone you know is struggling with mental health challenges - I recommend taking a look at my Self Care Tips page - for tons of resources for healing and recovery.

Musically, X. ARI deftly dances in and out of genre lines, from entrancing alt-pop to gritty hip-hop to electronic elegance. At the same time, her visceral lyrics transmit messages of hope as often as they ponder tragedy. It’s the mixture of those two elements when X.ARI’s sound and voice come to life.

When Halsey took the stage at Capitol Records hq Friday she said, "When I made Manic, I dove into those parts of me that weren't healed yet and I said, 'No, I'm not gonna wait 'til later. I'm gonna write about them right now. It was the most rewarding thing that I have ever done because you guys have been so unconditionally accepting of that, so thank you for being accepting of me."

The album is a deep-dive into her mind and we could not love her more for being so transparent.

Chelsea Cutler is the queen of vulnerable lyrics on top of the purest dance-pop there ever was, her highly-anticipated album is filled with just that.

She wrote this heartfelt note on Instagra, “I have so many emotions right now and so few words, so I will do my best to articulate what I’m feeling. Almost exactly two years ago, with the support of my incredible family, I made the terrifying decision to leave college and support Quinn XCII on a nationwide tour. Fast forward two years and I am releasing my debut full-length album. I am managed by Mutual Friends/Visionary Music Group for management, alongside the likes of Logic, Jon Bellion, ayokay, Quinn XCII, and Jeremy Zucker. I am signed to Republic Records and now part of a roster that includes artists I’ve looked up to for years. I’ve sold out two nationwide tours. I’ve played fr thousands of people at Gov Ball and Summerfest and Firefly and Bonnaroo and Lollapalooza, among other incredible festivals. If you told me two years ago that I’d be on the bill for Coachella 2020, I would never have believed you.

But the most important thing, after these years, is that I can honestly sit here right now and tell you that I am happy and I am proud of who I have become."

Japanese electronic-pop and R&B songstress MIREI is ready to take on 2020 in preparation for her very first international full-length album Take Me Away due out January 31st via The Orchard / Cool Japan Music. With her new single "Lazy Boy" it's clear she hasn't missed a beat, remaining true to her soft R&B roots and delightfully blending butter smooth electronic production to her songs. In an interview with ATWOOD, she asserts that "Lazy Boy" - like many of the tracks on her album - is meant to be a girls' anthem about knowing your worth.

Luna Shadows is looking back on quite a year. First catching eyes and ears with her self-released EP in 2016, the young artist’s moniker reflects the mystery with which she emerged. Rather than following a tidy path towards bedroom pop, Shadows employs her DIY ethos to construct an expansive vision of L.A.’s glamour and decay alike.

As Shadows builds to her sophomore album, she’s now released her latest single, “millennia." Boasting a throbbing beat that seems to pulsate with frustration, it follows a narrator exhausted by passive aggression. Shadows elaborates, “"millennia" is essentially about different styles of dispute and communication. There are some people who prefer to confront things right away and talk until resolution is reached; conversely, there are others who run in the opposite direction and avoid confrontation all together. I personally find that the silent treatment tends to be more painful than confrontation.”