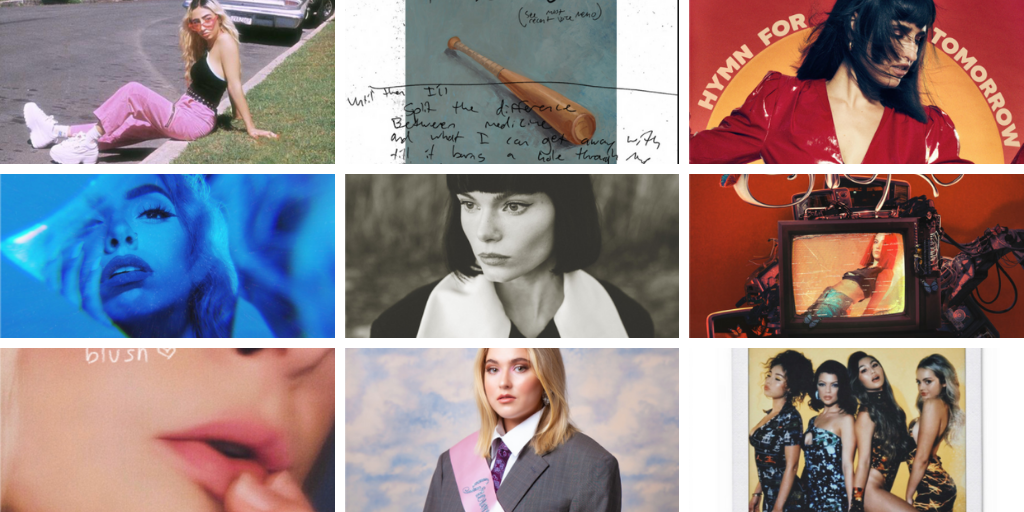 Girls groups are always the coolest things ever and we're so smitten with SZNS. They all seem so cool.

SZNS says that "'Behave' is for every girl who's been told to act like a lady: to sit up straight, be polite, to let the grown-ups talk. Our entire lives we've been told that we're 'doing too much' or acting 'too intense'. 'Behave' is about being unapologetic, and taking up the space you deserve, despite what anyone else might say. If being demure and soft-spoken is good behavior, then I guess we never learned how to behave".

Jessica Morale's "Hit Me Where It Hurts" gives us all of the dark pop we need this week. It's edgy, it's dangerous, it's addictive. This is totally the vibe we need right now.

Rozzi's new "Hymn For Tomorrow" is the perfect meditation on what we all want tomorrow to be. It's hopeful and poignant and her soulful voice carries this.

She says, "This is my wish for a brighter future. There is a lot to do to get there. I hope this song can be a piece of the soundtrack that fuels us."

Disco Shrine's new sparkling anthem to my favorite sport, day drinking, is like the light at the end of a tunnel. Disco Shrine's shimmering melodies gives you memories of sunny patios with friends and not a care in the world. She embodies that perfect carefree California kind of pop and we're always in need of that mood boost.
We fell in love with the story behind this song, Chey Rose did a preview of this song on Tik Tok and promised she would ask out her crush if it reached so many people. She did ask him out and the story is beyond cute. It feels like young love at its best stage, new and exciting.

We've followed LOVA's career for a long time and we're so proud of her for releasing her debut album.

She says, "Grown-ish is a true representation of how I’ve been feeling the past couple of years. I find myself balancing between my teens and adulthood and not really knowing where I fit in. Some days I feel like the smallest kid in the world, who has no idea what I want or who I am.And other days I feel like I’m the coolest person in town with everything going for myself. So on this album you get follow my journey of growing up and how scary, real and confusing it can be. But also the beauty in getting older and finding yourself and how liberating that can be."

I'm such a sucker for Winona Oak and her perfect, ethereal voice. All of her songs are so damn catchy and Winter Rain doesn't disappoint. Plan to have this chorus stuck in your head all week.