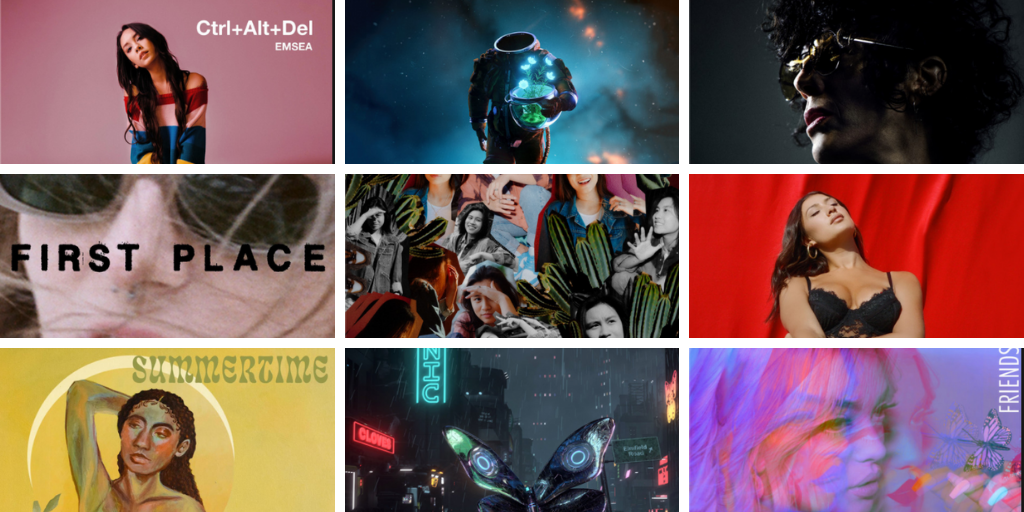 CLOVES just keeps giving us incredible songs, "Manic" feels like a 90s dystopian movie but it's just so chilling and beautiful.

She says, “’Manic’ isn’t meant to be coherent, it’s written like a spiraling mood/feeling that you’re struggling to articulate to yourself and others, it’s lack of punch line is its meaning,  it’s ‘I don’t know what’s going on in my head but everything feels wrong,’ we wanted to give that feeling by stringing together oddities, words to throw sentences off balance, that’s also why it’s the first track and opens the album because it’s so unresolved."

I'm obsessed with Emsea's gentle voice and her intricate lyrics. Her song "Ctrl+Alt+Del" has been stuck in my head all week.

She shared, "Ctrl is a conversation between soul and ego. It's a song about meditation and the power of consciously choosing your state of being. It's about the art of surrender, trusting in the universe and letting go of the things we can't control. It's not about inaction, but action rooted in trust, instead of fear. I hope it resonates and maybe inspires you in a moment of doubt, when things seem to be out of "control". Let go. Trust."

We are BEYOND excited for the new era of Hey Violet because we have been WAITING for this. "Friends Like This" just perfectly shows off their relatable lyrics and knack for earwormy melodies.

Satya's voice and her gentle melodies are absolutely hypnotizing. her new song, "Summertime" is so dreamy.

She shared, "‘Summertime’ is about falling in love with the true, authentic, present being. It’s about loving more than just the exterior beauty, but also the inner beauty and depth."