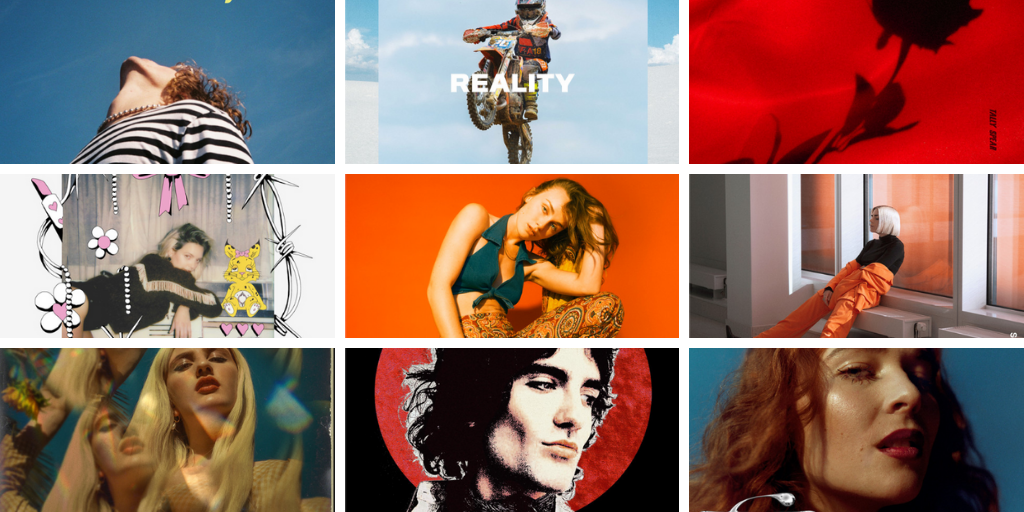 I can't get enough of this song. Nova Miller effortlessly blends pop with vintage vibes and it's just insanely catchy. Her voice is like nothing else and she has a knack for hooks.

"Mi Amor is about evolving past an ex and loving the attention of knowing they still want you. You are lying if you say that you don't feel good! Success and self-growth is the best revenge, it's just a winning feeling knowing your former flame is kicking themself with regret - it's the ultimate look at me now song!"

Frida Sundemo's new EP is perfection. Her song "Backbone" really captures the essence, it's honest and vulnerable. She describes it as "that feeling when it suddenly hits you that you hurt someone you love. That mixed feeling of guilt, regret and endless love."

Brasko's new song "True Paradise" is the perfect mix of rock/glam/pop that you need today.

He says, "I decided to dig into some more vulnerable topics about myself- depression, addiction, anger, feelings of inadequacy. I teamed up with Chris Greatti (Grimes, Poppy, Yungblud, ETC) to make our dream rock album. We met a year ago and talked about our similar influences I.E. Jellyfish and Queen. Chris was cultivating the Glam Scene on the west coast with his band Blame Candy, who several members play in my live band in LA. I was cultivating the scene on the east coast... so it made sense that we joined forces to make something we’ve wanted to hear and explore some of these darker topics together."

almost monday is one of the hottest up-and-coming bands right now and their shimmery sound is so necessary rn.

"we wrote 'come on come on' before quarantine dreaming about getting a break from the craziness of jobs, school, or whatever you’re doing... little did we know… we're hoping this song will be a pick-me-up for people going through tough times.”

Tally Spears has this perfect sound that we can't get enough of, her new song "Already Gone" really defines her as an artist.

"This track tackles feelings of detachment and distance. It's kind of the opposite of all the happy 'honeymoon phase' songs out there. I wanted to explore the sometimes negative thought processes surrounding new beginnings, and a desire for independence."