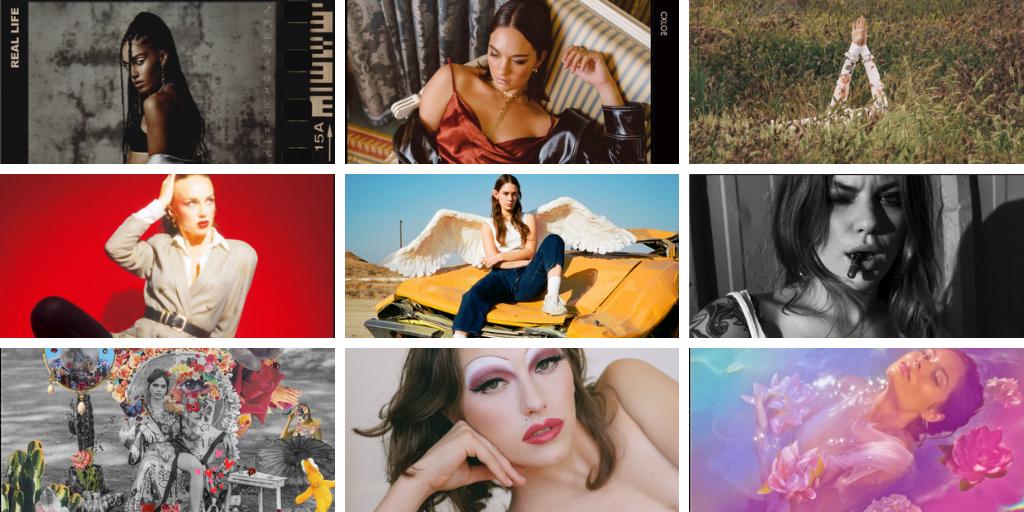 Nina Nesbitt is a song machine, just facts, like how is she releasing so many songs? She also lent her absolutely stunning voice to one of THE most iconic songs of all time. Was in shock all day from this because it's Toxic. The song is slowed down and almost, dare I say, heartbreaking.

Nina said, "Toxic had been a fan favorite from my live shows and it’s a song that’s really helped develop my vocal range."

That RANGE though. Simply gorgeous.

The rich production of "Real Life" fuses futuristic synths with sunset-sounding guitars for a nostalgia-tinged vibe to elevate the track's lyrics, which deal with the back and forth confusion that comes with the alienation or loss of love. "I want you in real life / I need you in real time / I just want to feel like you're mine," ABISHA reminisces in the track's emotive chorus.
ABISHA adds: "'Real Life' is about someone that you love feeling absent and you’re not sure why. It's sort of a metaphor because they might physically be there but it still feels like they're not really present. So by saying 'nobody else's, maybe I'm selfish' it's kind of saying 'I want you to myself' but really it means 'I just want you to be back and feel like you're really here in this moment with me, not just physically but your mind too.' Lyrics throughout such as 'I need you in real time' reflect this because it's describing the feeling of how there's no real concept of time when you're with someone you love. It feels like time stands still but goes too fast."

Queen Donna Missal just dropped a powerhouse of a song. She went into depth on Instgram saying,
“i’ve been listening to a lot of early ‪Sheryl Crow‬ records, ‪Shania Twain‬, ‪Liz Phair‬ in her pop phase, I wanted to emulate that era with the sound of this recording. the song started as just an acoustic and a vocal so we built it from there, my producer on the song, Tommy English, had sent me an idea for horns in the post chorus and I thought it made it sound instantly joyful. i really wanted that to come across - the song is about getting your heart broken but even more about what you can make of that. rising from the ashes of shit burning down around you. it’s meant to feel like freedom.” this is the most vulnerable lyric i think i’ve ever put out there, and i’m trying this new thing where i don’t apply any concern with what’s popularized in music now to make decisions about my own. been trying to come to terms with big life shifts lately, saying goodbye to things i thought would always be there, and losing more often than i’d like to admit to some really dark thoughts and feelings towards myself. i’ve been crawling out the other side of that, cautiously, slowly, and realizing the reality i thought i knew was burning down around me while i was hiding from my world. decidedly, i’m not going to burn down with it. this is the first step into a new world of music from me, another album to embody this concept. please accept You Burned Me as a restart to a new life that’s just getting started now."

Zella Day is back and better than ever with her new cover of the iconic "You Sexy Thing." Her sweet Instagram post makes it sound like there's more to come and we love this new direction.

She said, "This song was made in celebration of this new chapter in my career as an artist and as a woman. 'You Sexy Thing' is exactly how I want to break the ice in preparation for new music"

Co-written by CXLOE and Michael Pollack, “Devil You Don’t” explores the idea of hiding behind personal angels and devils and dealing with the personality you portray rather than dealing with who you really are. The opening line says it all, “If you knew, what’s going on inside my brain....you’d run away.” On the new single, CXLOE explains, “Sometimes it’s better to deal with me as the person I portray, rather than dealing with my darker side. It’s better not to know the unknown”. CXLOE adds, “It can be safer to work with the person (devil) you know than the person you don’t. In this case, the inner workings of my mind!”