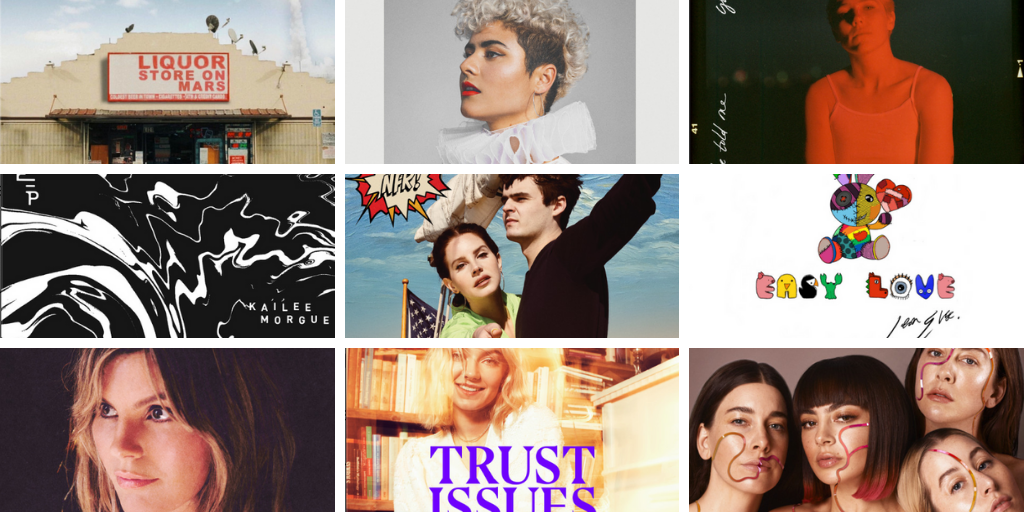 Charli XCX is just about to drop her new album and she gave us another amazing collab this time with HAIM.

She told her insta fans, "Angels! I’m proud to present another song from my upcoming album.... This one is called Warm and features my absolute favs (HAIM).  I suppose this song is about unrequited love, or just kind of being in it with someone and wanting something more but they can’t give you what you deserve, and you don’t really understand why, and neither do they."

Your Smith just tugs at our souls.

Her newfound steadfastness, boldness, and unapologetic nature through her alter ego flourishes in her latest, acoustic driven single, “You Could’ve Told Me,” as she sings, “You could’ve told me, when you met me, all your love was gone.”

After the song was out she gave fans a little pep talk, "Just dropping by for your daily reminder that not everyone has to like you. Stand up for what you believe is right. Stand tall in your truth. Be your whole self. The non-supporters can fuck off."

Astrid S has been huge in our music world, from her first songs we were so entranced with her otherworldly voice. Now her EP, Trust Issues is out and it's filled with her unique pop sound and that unforgettable voice.

She told V Magazine, "I draw inspiration from my own range of emotions, conversations with friends or if I see a movie and relate to a character. I tend to write things down on my phone and bring it up in the studio for discussion and then we brainstorm together, which turns into the creative process where many of my tracks are made."

Grace Potter has such a soulful voice and we've MISSED IT. Her new song is so heartbreaking and personal but so beautiful.

"I’ve always aimed to write songs from a universal perspective; so that anyone who heard my music could relate, but that actually made it harder for me to take ownership of my own perspective. These songs were written so I could process — and be accountable for — my own life experience... I had just pulled the ripcord on my whole life. It was an incredibly jarring, private experience. When the dust settled a bit, the last thing I wanted to do was tell the whole world about it through song. It was a very gradual process of re-framing music and its purpose in my life."

“This song is a reflection of a period in my life where I felt everything was falling apart, and sex became something that was like a drug to me. I used sex as a way of escapism to try and forget the pain of what was happening around me, and it became a monster I needed to continue to feed. The more sex I had, the more I needed it.  It would always make me feel worse after, leaving me with an unsatisfied come down, which would lead me to have sex again to make myself feel better. I was constantly chasing a sexual high all the while knowing it wasn’t the answer. It felt like I was losing a piece of myself to every man I had sex with. It was a self-destructive time for me.”

Our rock n' roll princess Kelsy Karter just dropped "Liquor Store On Mars" and it's a getting-over-your-ex jam we can all relate to.

She sings, “There’s a guy at this party with hair just like you. Oh, there’s no room at this party, where should I move. Maybe, New York, or somewhere up the coast. London or Paris? Nah, I hate the cold. Seems to be everywhere I wanna go is still too close to you. I hope there’s a liquor store waiting on mars with cheap cigarettes you can light with the stars. ‘Cause that’s how far I’ll have to go to see you and not say hello."

We love a cover and we love a Metric cover, Kailee Morgue decided to cover the iconic song officially after performing it on tour.

She told Coup de Magazine, "I actually covered ‘Black Sheep’ on tour because I always loved that scene in Scott Pilgrim, and I wanted to recreate that even down to Brie Larson’s movements! It was always the craziest part of my set so I decided to make a studio version to share that feeling with everyone."

The album is, as Montaigne admits, an angry and frustrated record, spawned from a dark time in her life. She's left it behind, but not before documenting it in a way she hopes could help others.

She says, "It was written during a period where I was extremely down on myself, not just because of my own insecurities, but I got very ill in a way I couldn't understand and no specialist could understand. It's now medically recognized as burnout but at the time I didn't have that diagnosis which really messed me up. Montaigne chose the album's title not just after the song, but to represent how complicated relationships are – both with ourselves and others." She also adds: "I love this album. I think it's important not just for me but for other people. I'm proud of being able to deliver that and share it with other people, give other people a moment of solitary belonging that I've found with music."

LANA FUCKING DEL REY. That's it, listen to the album.

Some visuals for you...