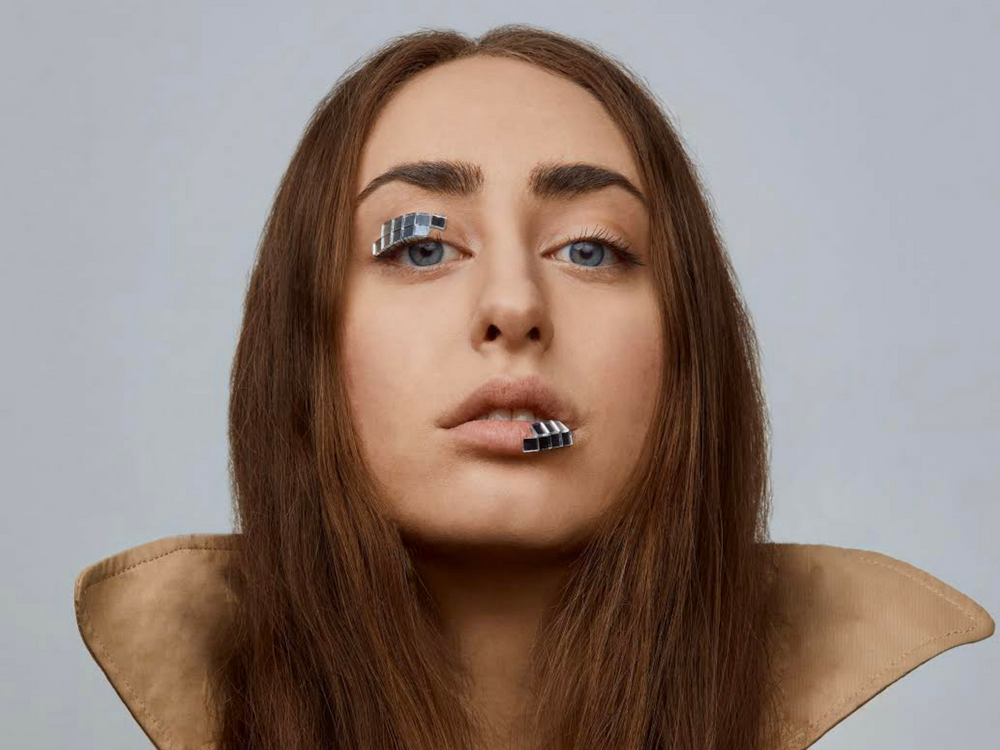 Fleurie's music is unlike anything I've heard, and her new song "Constellate" is a dreamy pop masterpiece that uses her signature lush soundscapes. We're so excited to listen to a clip of the song that comes out tomorrow.

Fleurie: Growing up, my parents sang at church every Sunday and I was always singing in the kids choir, youth group, then leading worship when I was a teenager. I started playing the piano at age 11 and that's when I truly fell in love with music!

Tell me about your new song “Constellate?”

Fleurie: This is the first song I ever wrote with two of my best friends, my drummer Carrie O'Donahue and keys player Justin Amundrud (who ended up co-producing this entire record with me as a result!). We realized at the beginning of 2017 that we were all songwriters who had never written together, despite having known each other for years! I think we were all a little nervous to see if we'd be good together in this context. The result was magic - Justin started playing that strings/synth patch that runs throughout the song, and I heard all these melodies and lyrics instantly. I saw a picture of all these people coming up from hideouts underground after a big storm - felt like a metaphor for what 2016 was like for a lot of people in the world, for many different reasons. I knew I wanted to use this song to encourage and exhort people to dream and hope and truly LIVE again...

Fleurie: Usually I topline while a producer builds a track, or I just get ideas while driving, or in the shower, or on the treadmill...and voice memo them to flesh out later! Sometimes I write poetry that turns into songs, too.

What’s been the biggest challenge you faced in your career and how did you overcome it?

Fleurie: Hmm...having confidence, I think. For a long time after I moved to Nashville from a smaller suburb outside of Detroit (where I grew up), I trusted everyone else's instincts but mine. I considered everyone else an expert and myself an amateur. While I did (and still do) have a lot to learn, I've realized that when it comes to MY music and my individual journey in music and life, my intuition and vision and creativity are the most valuable and crucial tools I have! I've gained a lot of confidence doing it the hard way - just trusting and trying my ideas. Of course some fail, but that's how I learn! Now I know how to navigate a co-write when we're writing for me - the other writer/producer is so valuable and I love hearing their ideas, so when it comes down to deciding what makes it to the song's final form: if I like it, its the right choice, and if it doesn't resonate, we've gotta keep digging for the gold!

What’s your best piece of advice to young women in music?

Fleurie: Be brave, be yourself, and focus more on your love for your craft (writing, singing, playing, producing, etc) than your career goals! The right people will find your music and your music will find the people who need it. Be content to be hidden in certain seasons of your life, and let your heart and mind be filled with gratitude for all you've been given. You yourself are a treasure and a masterpiece! Everything you create is special, important, and valuable!