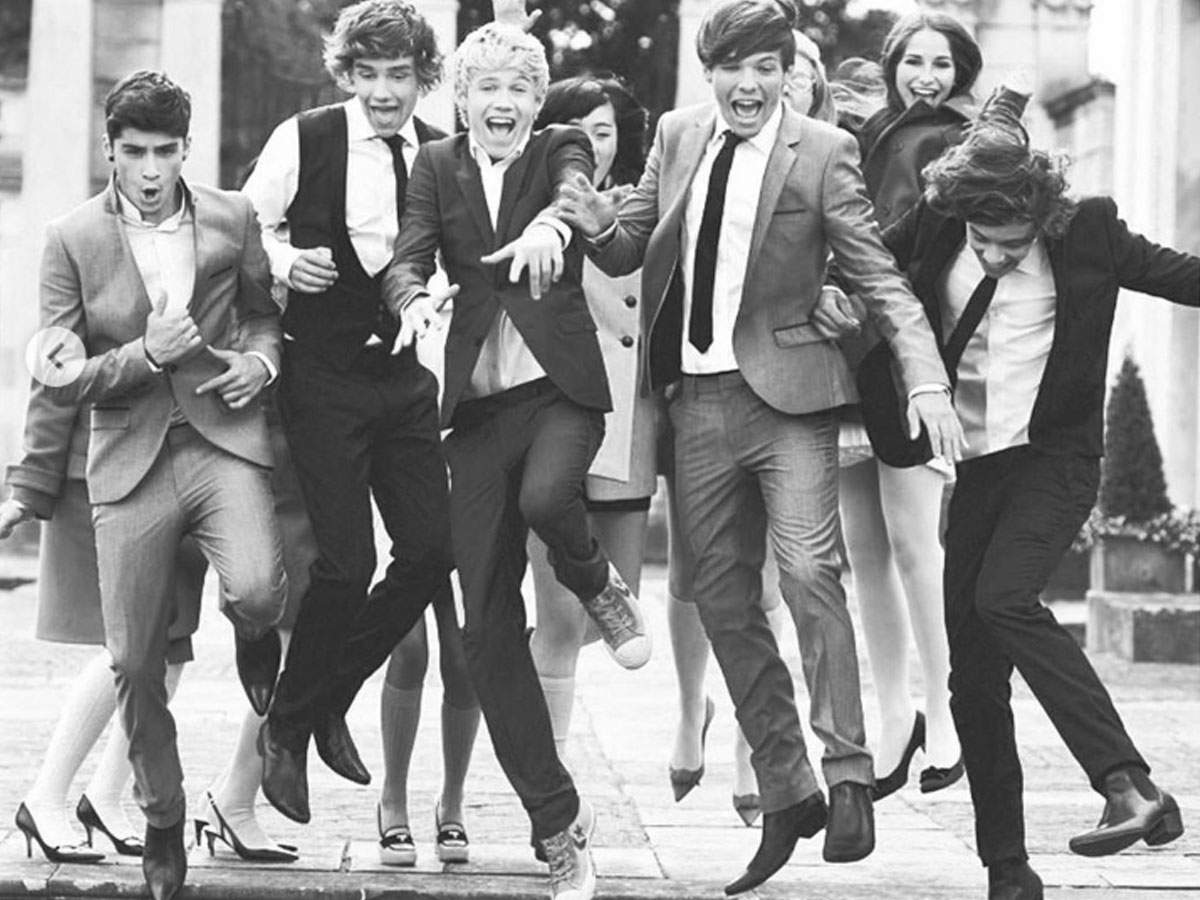 Over the weekend, I was at my friend's house, and we started watching old One Direction videos. From their time at X-Factor to their music videos, they were really selling us this idyllic group, and I'm sure this couldn't be replicated today for a lot of reasons.

These boys delivered charisma, and they did it well. The videos, the interviews, they looked so happy, and they sold us that youth and effortlessness they seemed to emulate in everything they did. It was more than being attractive. You wanted to get to know them and hang out with them. I feel like the way music trends have shifted now, you could never get away with that. While I think pop music will flux back to the sugary, upbeat pop of the 2000s, I feel like a boyband could never embody that carefree sense. It would come across as too fake.

You Can't Recreate A Moment

It's like when people say, "They'll never be the next Beatles," it's the same for One Direction. We see so many acts try to copy the formula, and it doesn't stick. I think primarily because One Direction was the exception, not the rule. Putting five hot guys into a group and churning out of the moment pop songs doesn't equal a boyband. One Direction's songs wouldn't have been the same if they were given to someone else. It was the lore and the charm that made them. It was a moment that can't be recreated, even though a lot of people have tried.

People know too much now.

Industry plants? One Direction was THE industry plant, they were basically machine-made for our consumption, but we ate it up. It was perfect, but you can't manufacture that kind of product anymore. People crave authenticity, and now it's easier than ever to deep dive into any cracks in the shell of a perfectly made industry plant, and I know that term is overused to death, but sometimes it's true. You couldn't put out a manufactured boyband now and have it sell.

Boybands evolve with the time.

While there were plenty of boybands during the One Direction era, One Direction was the standout. They had the fans, the headlines. It was a phenomenon that rivaled Beatlemania. It has to evolve. Like all boy bands, they rise and fall with the times, evolving into the next level. Right now, we see a similar thing with BTS. They feel untouchable, like they can do no wrong, and they exhibit the same kind of charisma and joy we saw in One Direction. Boybands will always be around. They just can't copy the same pattern. They need to change with time.