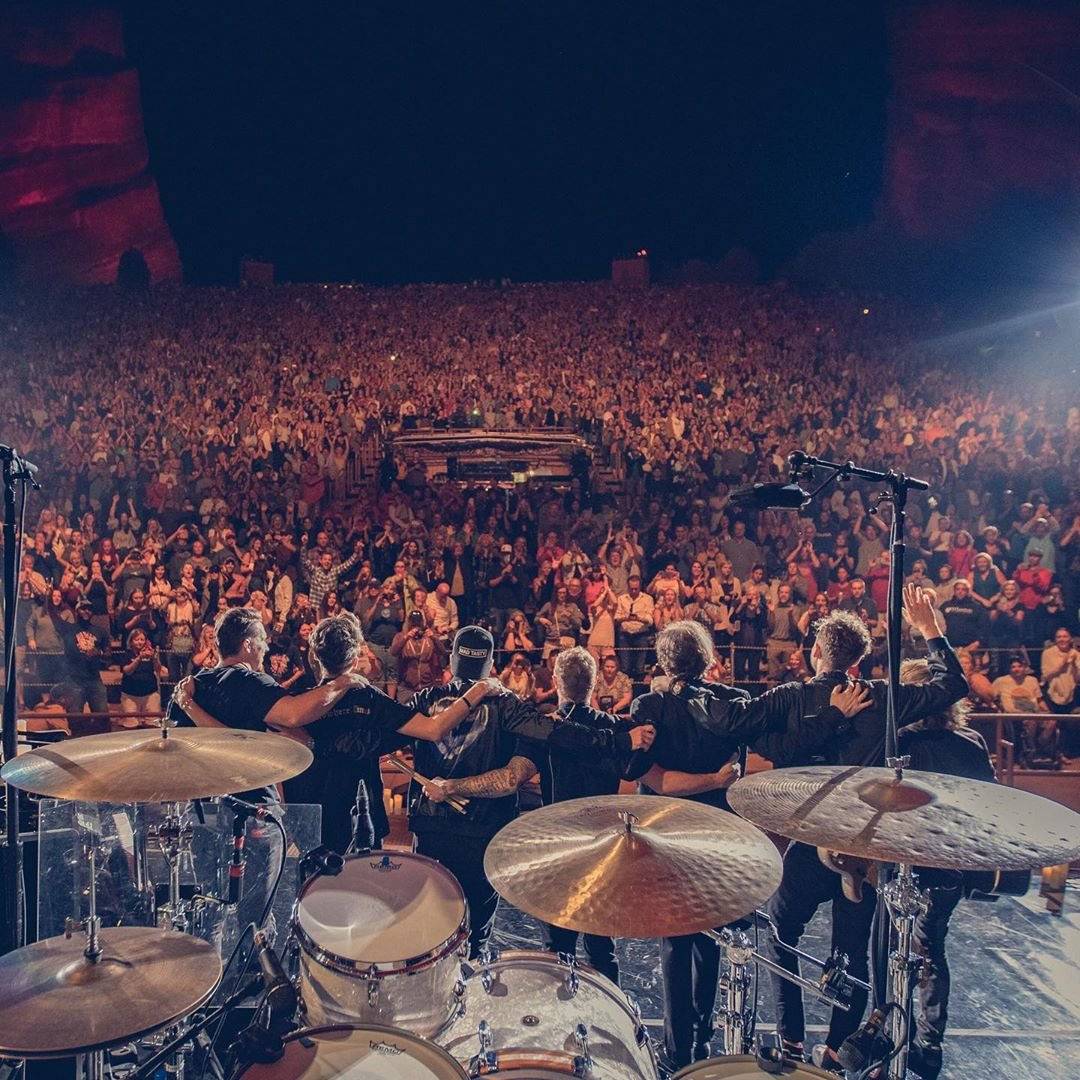 When OneRepublic announced their August concert at Red Rocks with the Colorado Symphony back in April, it took only minutes for the demand to require a second show. By the end of that week, both were sold out.

Fans’ wildly enthusiastic response was no doubt in response to what had been a long and uncertain semi-hiatus for the band. Almost exactly two years prior, in April 2017, lead singer and acclaimed songwriter and producer Ryan Tedder published a Facebook post in which he revealed that the pressure, anxiety and non-stop nature of the band’s last decade nearly caused him to crack.

And so a new approach and a new era was born for OneRepublic. Tedder wrote, “To all our fans: we hope you enjoy our new approach to releasing music, you will be hearing it as we make it...We will go to radio with songs when it feels like we should, not before. And we will tour... but not so much we end up hating life.”

The years that followed brought some solid releases including No Vacancy, Connection, and most notably 2019’s Rescue Me which quickly racked up over 150 million Spotify streams. Tedder was also far from absent, garnering hits with Ed Sheeran, Hailee Steinfeld and the Jonas Brothers among others, as well as joining the television show Songland.

Even with all of that taking place, the announcement of these Red Rocks shows felt special, like the marking of a new beginning for the band. Fans traveled from far and wide to fill the 70 row, 9,500 person amphitheater quite literally carved out of a mountain.

The show began promptly, with no opening support act but instead the addition of the Colorado Symphony to accompany each carefully chosen song on the setlist. From the hauntingly beautiful Secrets to the gospel-choir-backed Feel Again to the first cover song, Rumor Has It, which Tedder wrote for Adele, the crowd was captivated.

After starting in on the piano-heavy intro to Love Runs Out, an instrument malfunction occurred. Always one to find the silver-lining, Tedder used this as an opportunity to bring the symphony’s violinist, Yumi Hwang-Williams, front and center to entertain the audience. Soon the show was back underway as they segued into hit after hit including Rescue Me, Beyonce’s Halo and XO (both written by Tedder) and a rendition of the band’s 2007 debut single Apologize that was so hauntingly beautiful I will probably hear it in my sleep tonight.

The second half of the show kicked off with Kids off of 2016’s Oh My My. Tedder then took a moment to slow it down and bare his soul to the audience about his younger years when he was lost and looking for direction in life, which inspired him to write Stop and Stare. Even with the symphony’s extended interludes and Tedder’s personal stories, the show continued to fly by, next with an amped-up cover of the Jonas Brothers’ Sucker and followed by an explosive version of Good Life ending with an epic drum solo.

Each performance of the night felt like it would be hard to top. But the most memorable moment came when the band debuted their new song Wanted, which will be officially released this Friday. September 6th. The song made its way around the internet following its recent appearance in the band’s Netflix special, and Tedder made it clear that the support from the fans was a huge factor in deciding to release it. He also took the opportunity to promise a tour next year, which judging from the resulting screams can’t come a moment too soon.

In true OneRepublic fashion, the last portion of the show went out with an extreme bang. The band and crowd alike gave everything they had to a performance of If I Lose Myself that can only be described as electric. Counting Stars, the fake finale as it were, took on a whole new feeling under the literal Colorado stars. And finally, the band came back on for a two-song encore with a gut-wrenching version of Let’s Hurt Tonight, followed by I Lived, the anthem that echoed around the world off their 2014 album Native.

I lost count of the number of times Tedder declared Red Rocks the “greatest venue in the world” during the show, but I would have to agree. If this night was even a glimpse of what’s next for OneRepublic, I can guarantee that their best is yet to come.