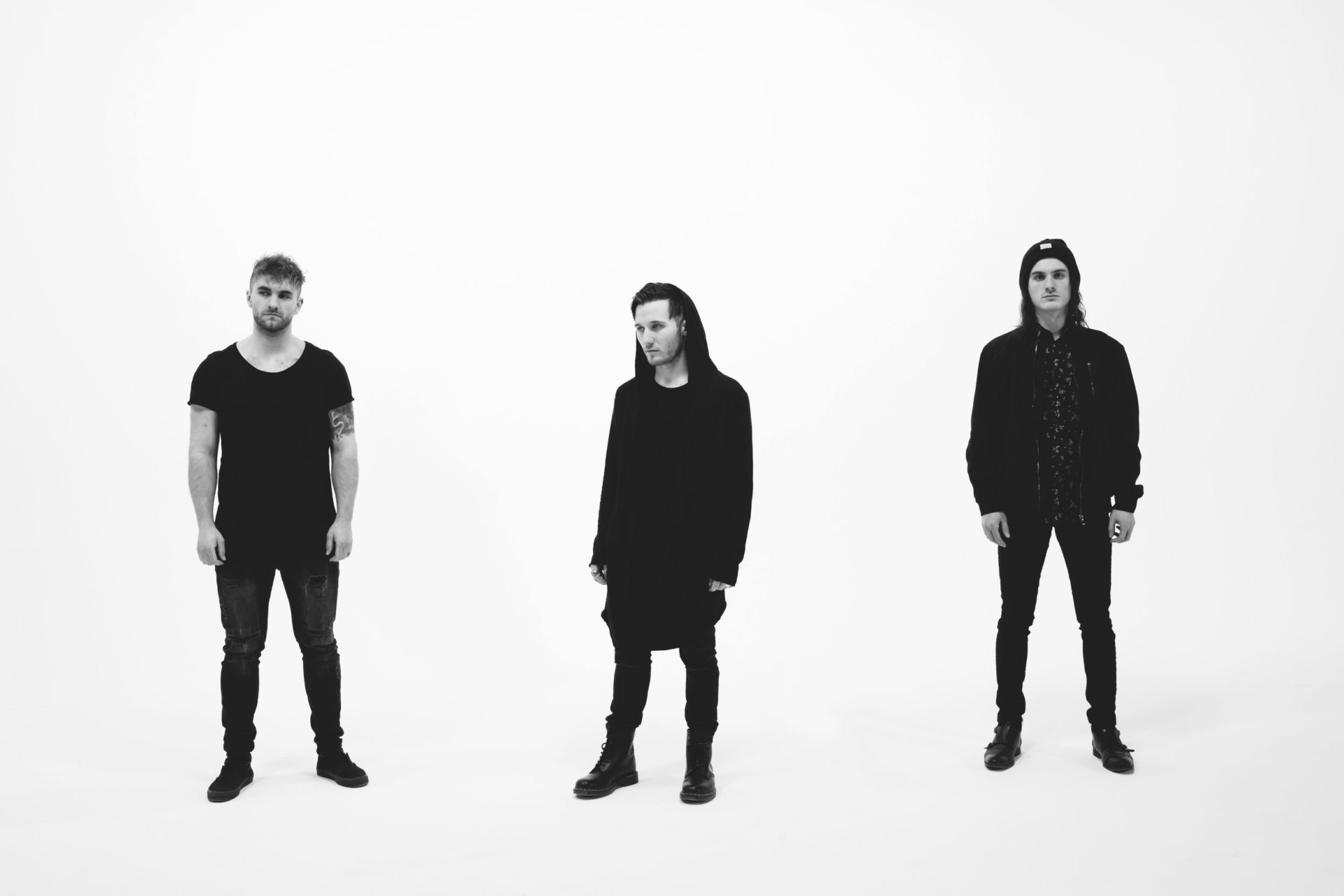 Saint Slumber is ambitious, they released their album in 3 parts, a full-length album into three parts, with YOUTH//1 ) and YOUTH//2 and now YOUTH//3. The band is as powerful as they are emotional and they dive into their music with a kind of gusto that’s absolutely necessary in today’s world. We talked to them about the trilogy and what’s been inspiring them lately.

How did Saint Slumber come together?

Saint Slumber: The three of us met over the years: the first two of us met as children and have been making music together for our entire lives, and then we met our third member in our twenties and were blown away by his talent and drive. The common denominator for all of us, really, was that we saw something in each other we weren't seeing in other people in our towns. We saw a love for music and a talent that we knew we wanted to be involved with.

Tell me about YOUTH// TRILOGY; what’s the story behind the EP?

Saint Slumber: The YOUTH// Trilogy has been an experiment in making music in real-time; we wanted to write a full-length record in three installations over two years. That means that people got to watch our sound evolve in real-time, we were able to write about the concept of youth as we were living with it and as our views changed. It ended up turning into a living, breathing record that evolves over time.

Saint Slumber: We've been doing everything we can to stretch ourselves and get into new art forms and genres of music. We've been looking at art installations, watching some popular choreographers, listening to field recordings. We like to study popular touring arena shows to see what's cutting edge in live production. Our motto is to just always be consuming new and different forms of media to keep ourselves fresh.

Saint Slumber: The challenge is always the same: how do you maximize exposure while staying true to your art? We've realized that the music and the promotion of the music are two separate things, and the latter doesn't compromise the former. Just because you have to advertise your music doesn't mean the music has less meaning. It's a real dog-eat-dog world out here, though.

Saint Slumber: Always be creating, and create for creation's sake, not for some arbitrary end goal. If you're waiting around to take the first step, you're wasting valuable time practicing. One year from now you can be 365-days-of-practice-better, or you can be in the same place you are right now, still waiting to start. And if you're only writing music to get to a certain level of success, it can invalidate everything you've done when you inevitably don't hit that goal. Make a song for the sake of making a song, and that way nobody can take that accomplishment from you.