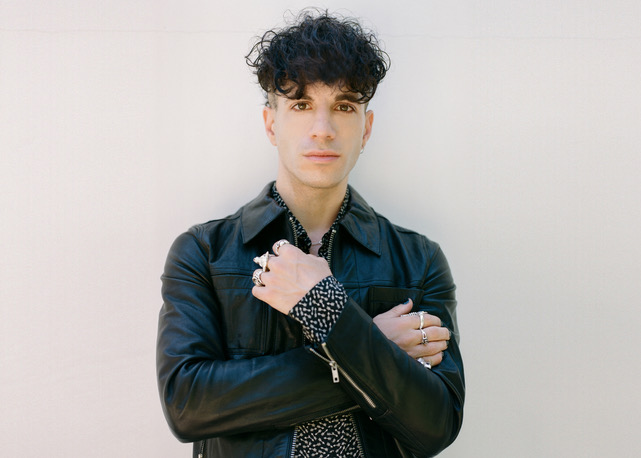 SHEARE’s an indie artist based in LA and he recently came out with a new single “Girlfriend”.  He talks about the meaning behind the song and his next steps.

What inspired you to write Girlfriend?

SHEARE: I wrote GIRLFRIEND after finding a remorse filled letter in my spam folder from an ex girlfriend who had ghosted me. I wrote the song as an anthem for emotional ambiguity and as a reflection of how alone I felt during that entire relationship.

When did you start singing? Why?

SHEARE: I always kind of sang, just pretty terribly up until recently. I was by no means like Adele who just emerged from the womb sounding like a glorious angel. I think I honestly started singing because like all artists I’m a narcissist and I originally started as a drummer but honestly I couldn’t imagine being in the back of the stage where no one would see me lol.

Out of your singles which would be your favorite? Why?

SHEARE: I think SLEEPWALKING is the most special to me. For me, that song feels like the start of a new chapter both as a songwriting and a producer.

What do you do if you are feeling “stuck” while writing a song?

SHEARE: I’m currently coming out of a massive unloading of writing/producing and currently feel a bit stuck when I’ve tried to write more new music. I think the only thing I can do when I get into this place, is step back and let it pass. It’s really hard for me to write when I’m emotionally in turmoil. SLEEPWALKING for example is arguably my most vulnerable, honest song about heartbreak and I wrote the song when I was completely at peace with the situation the song was inspired by.

Who is your favorite indie artist?

SHEARE: I’m not sure I have one specifically, but I’ve been listening to a lot of brit-pop bands lately like Swim Deep, Blossoms, Catfish and the Bottlemen and also love the new MUNA record as well as going back and constantly listening to The Cure and The Smiths.

What are your next steps?

SHEARE: I’m releasing a new single every 6-8 to weeks for the foreseeable future so really it’s just a matter of doing that until I feel like literally no one but my mom is listening. Even then it’s 50/50 if she’s listening because she and the internet have a complicated relationship.