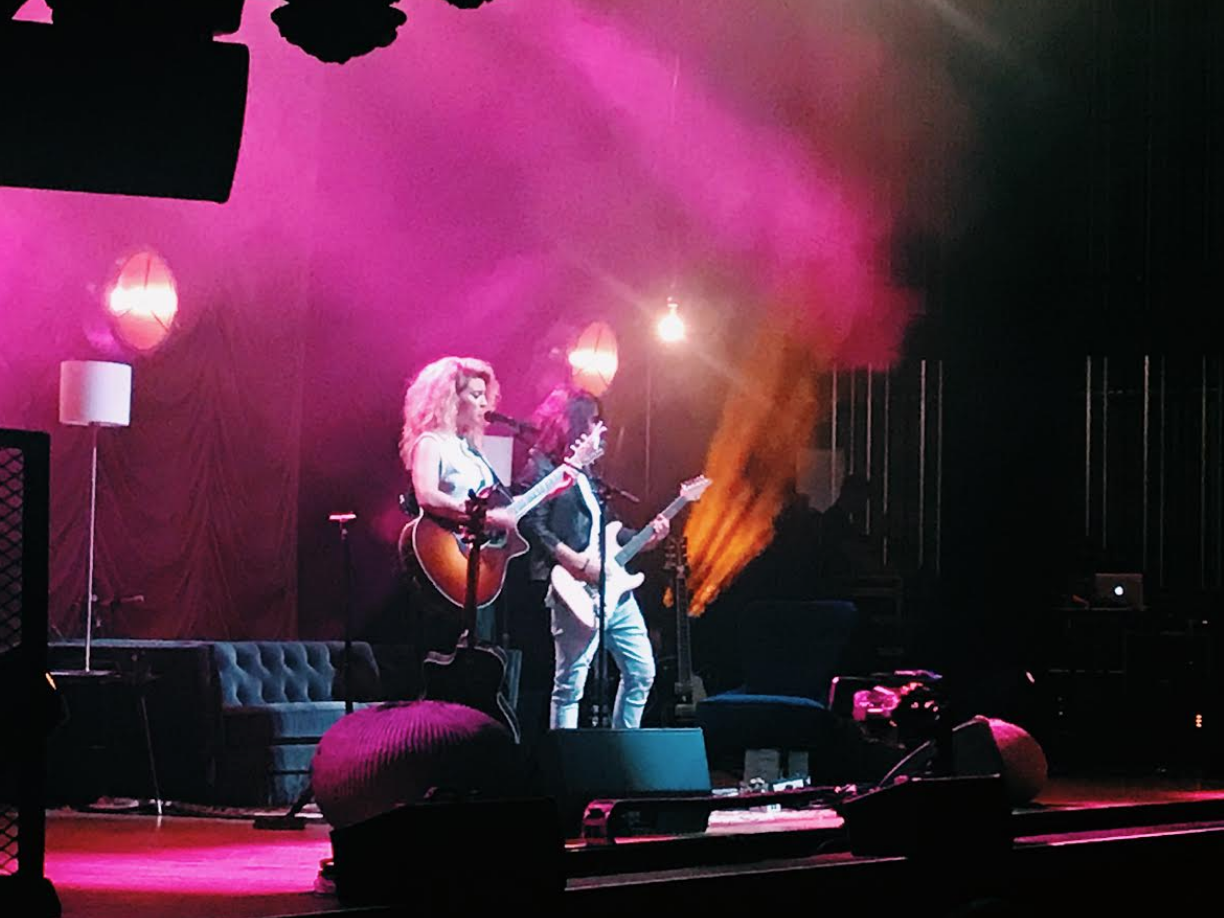 When I originally agreed to see Tori Kelly, I’ll admit I only knew maybe 5 songs prior to diving into her discography. With that being said, if you have to see her, the acoustic sessions tour is the one to see.

I saw Tori about two summers ago at a music festival in my hometown and she graced the stage with such confidence and flair.

The stage was an intimate set styled with a couch, a couple of lamps, side tables and Tori’s guitarist, Mateus Asato. Her setlist consisted of the classics like “Hollow” and “Should’ve Been Us,” but she surprised the group with covers of “Pretty Young Thing” and “Thinkin’ ‘Bout You.”

No hometown show is complete with a plethora of surprises and Tori brought her A-game of guests. She sang covers consisting of “Shallow” with Ally Brooke, “Trust Me” with Crystal Lewis and Ed Sheeran’s “Perfect” with acapella group Pentatonix.

We were also given performances by unreleased songs “Language.” She told us about “Pretty Fades” and how this came about from a small conversation with her husband about growing old together.

Tori plays on the fact that her setlist is over 30 songs and told us she wasn’t sure what she wanted to put on the setlist, but she periodically went through her Spotify’s top songs and performed her top streamed track, “I Was Made For Loving You.”

Tori thanks her fans and didn’t even let a blip like a power surge stop her from giving us the night of a lifetime. Since following her career, she’s never been anything but humble and it shows as she performs “Never Alone,” the track that won her the Grammy for Best Gospel Performance/Song. “I never expected anything to come of it. I just wanted to create music that I wanted to and the fact that you all loved it so much really makes me happy,” she says.

She tells us of her missed attempts on reality shows and led us to a performance of Paramore’s “The Only Exception” as a nod to the first YouTube video that really helped her become discovered. The show closed with her latest, “Change Your Mind” and it was the perfect ending to a perfect evening.

I don’t know that I’ve ever respected someone so much like Tori. While she’s bending genres constantly, I can’t wait to see her next project.