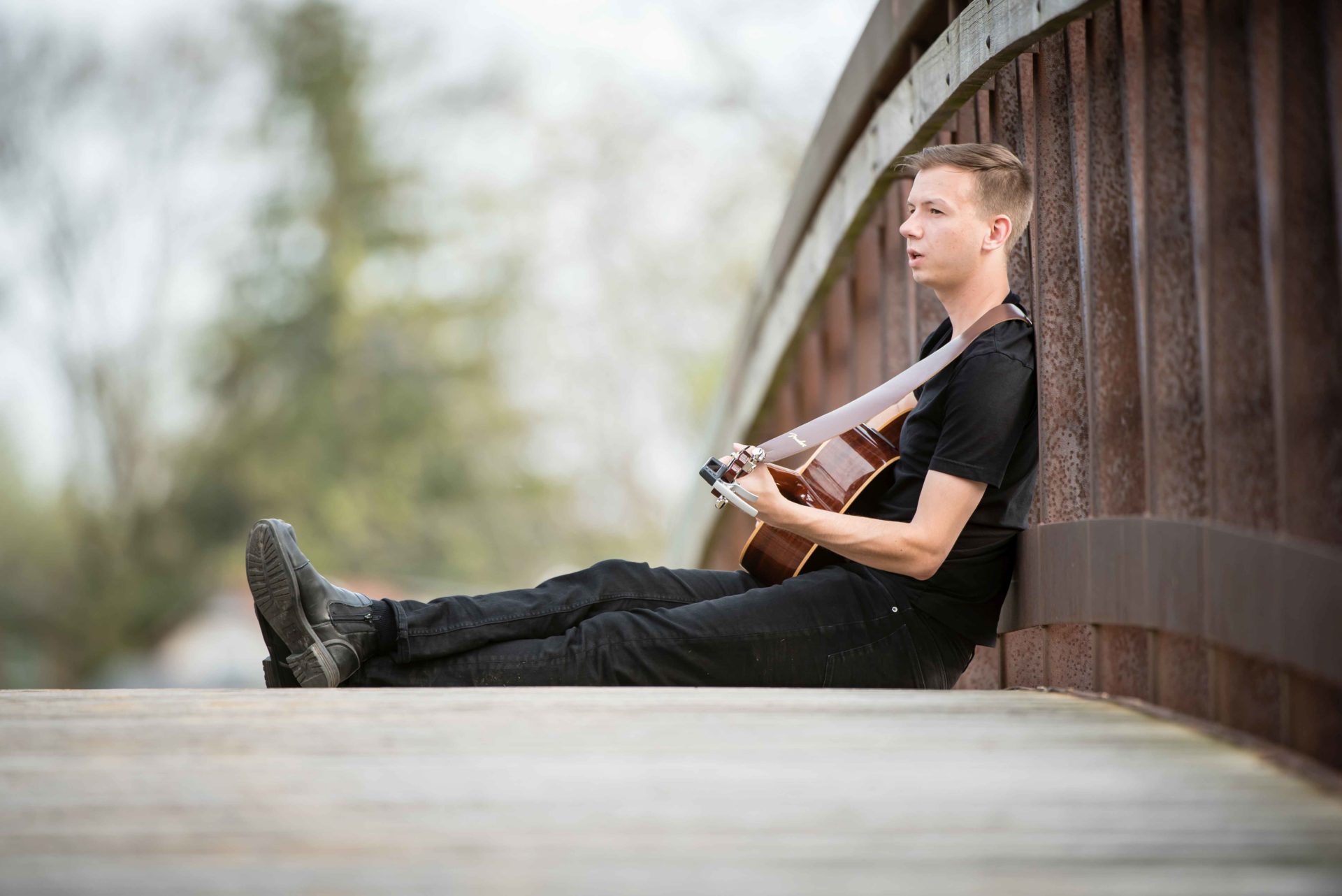 Derek Sallman's gorgeous new video for "Breakdown, Breakthrough" takes viewers on a scenic journey in Lake Michigan. We talked to the up-and-coming artist about the meaning behind the song and what he has in store for 2019.

Derek: I got started because my parents are both musicians. My mom is a flute player and my dad plays guitar and a variety of other instruments and sings. When I was 13 years old I asked my dad to teach me some guitar chords and he drew me some little diagrams on post-it notes and I remember coming home from middle school and just being so excited to play an “E-chord”. I practiced guitar for a few years and began writing songs in high school. I played my first show 2013, did 107 shows in 2014, released my first album in 2016, and just released my latest EP in 2018.

Tell me the story behind “Breakdown, Breakthrough” what inspired the song?

Derek: “Breakdown, Breakthrough” was written with my friend Garrison Starr and we just really connected on the simple idea that pursuing something you love isn’t easy and that there are a lot of behind the scenes struggles that the public doesn’t see. Oftentimes it can feel like rejection after rejection after rejection until one thing breaks, and we channeled those feelings into the song. I remember her saying something along the lines of, “Well, you know what they say, you break down, you break through”. We both liked that phrase and created the song around it. It’s really about those moments of self-doubt and questioning, when you feel like you gave it all and it wasn’t enough, but then you decide to keep going anyways.

The video is so gorgeous, where did the idea come from?

Derek: My brother and I had found that spot on the water with the lighthouse earlier in the year and I just thought it was a stunning location. I made a mental note that it would be a cool place to shoot the music video and then when it came time to shoot, I suggested it to my videographer, Damien Blue, and he agreed. I thought it was fairly unique and that the waves in the background would provide some good shots. I was a biology major in college and I really love the outdoors, specifically water, so I was glad we could incorporate the beauty of the Wisconsin landscape in the video.

Derek:  I’ve been listening to Andy Grammer’s “The Good Parts” podcast and that’s been really inspiring. Although they cover a variety of topics, they talk a lot about what it’s actually like to be in the music industry. I love hearing about musician’s struggles and how they started because it helps me realize that every one in the music industry has had a lot of obstacles to overcome. It makes me feel a little better when it seems like I’ve hit a road block.

I’ve also been on a “5 Seconds of Summer” kick. I haven’t listened to a lot of their music in the past but I checked some out recently and it connected with me a lot.

Derek:  At the moment, I think it’s been getting ahold of some specific gatekeepers. Sometimes emails just doesn’t really grab their attention, and you kind of have to wait for a chance encounter in public to make an impression. It can feel a little random sometimes, and can get frustrating if you don’t have the chance to connect for a while.

What’s your best piece of advice to a young musician?

Derek: I think this advice is good for really anything that you’re pursuing, but I think it’s important not to compare yourself with other people. It’s good to have role models and goals, but try to focus on self-improvement and working hard every day, and don’t get discouraged if you feel like somebody else is moving faster than you are. We are all on our own path, and somebody else’s route to success probably won’t look the same as yours, so don’t get discouraged, and keep going. 🙂