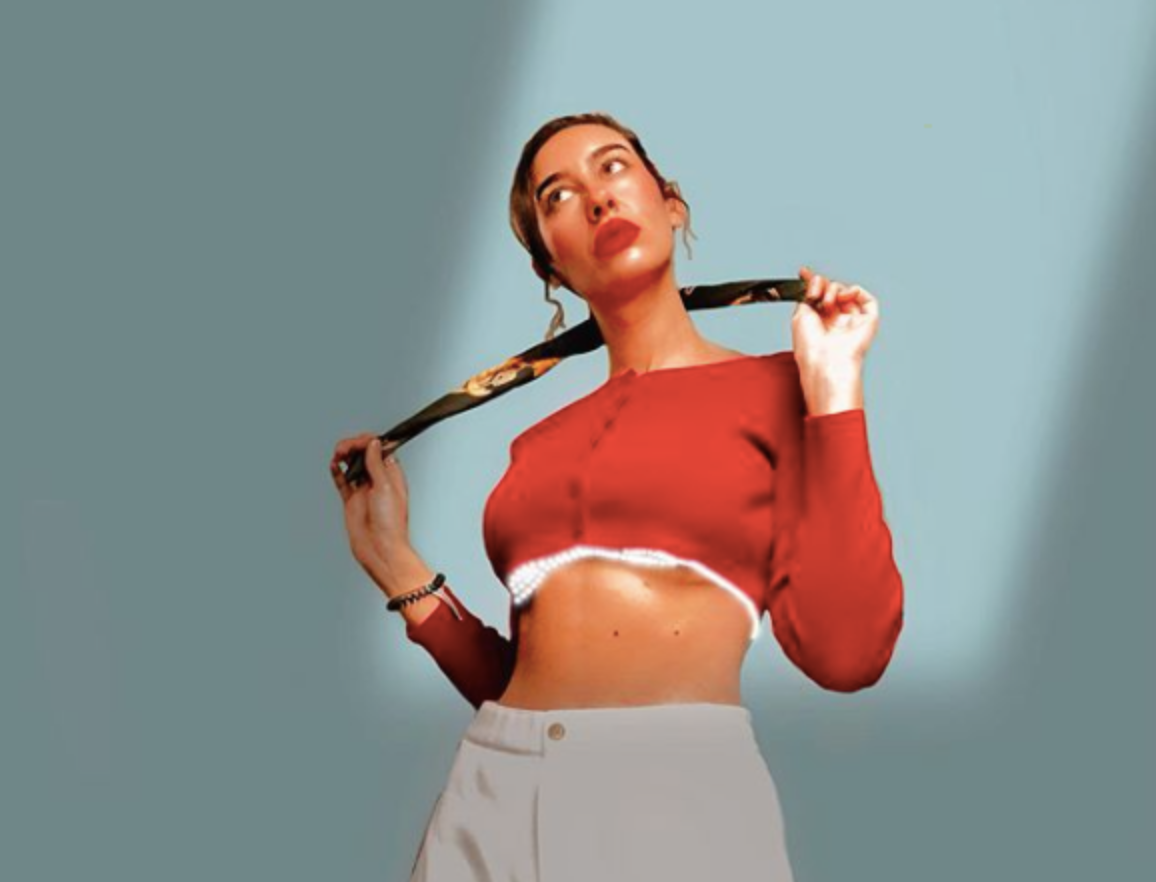 Julia Wolf is a pop artist that hails from New York City and if you haven’t been listening to her, you have to start. She dropped her first name and goes by WOLF and her sound is the epitome of indie-pop. Her tone is what sets her apart to me, but how she got her start into music is even more fascinating. She began releasing snippets on her social media last year and the buzz grew from there. I got to speak to her about her writing process, breaking into pop music, and what’s next!

Tell me the inspiration behind the track, “Play Dead.”

WOLF: It was literally how I was feeling at the time. It’s hard to leave someone who shows you so much love. I was put in a tricky spot. Whether I was shown kindness or withdrawn from it was a lose, lose. It was good but toxic at the same time. Jackson (from LOOTE) who produces the music I made presented me with a beat and then the song seemed to write itself. It’s a bit moody but then you have the trap drums. I really love it.

Incredible! So for you, when you create music, do you have a particular process that you follow?

WOLF: For me, it’s always lyrics first. At least 90% lyrics down and then I’ll try to get the beat down.

Have you been picking up any new quarantine hobbies?

WOLF: This is the time where I realize I have so much more time. So I’ve been reading. I’ve fallen into the deep hole of  Timothee Chalamet. I’ve been rewatching old movies but also brushing up on my Italian on Duolingo.

Tell me about how you got your start into pop music? I know you were releasing snippets. When did you decide to take the plunge?

WOLF: It was unexpected. I was releasing one-minute length songs on Instagram, but the demand helped me push myself and I was able to see what sound I wanted to create and who I am as an artist. They began as diary entries, but I was able to push and evolve outside of that box with fuller length songs.

I’ve always wanted to expand outside of music - I want to create my own artwork, my own visual experience. Kind of like merch, but more so of a clothing line that is my own personal brand.

What’s something you’ve learned? And it does not have to be necessarily music-related?

WOLF: I think I want people to know that growing up, I was the most painfully shy kid and I don’t regret growing up that way. I want younger people to know that this experience has shaped me to rely on myself and learn from that. It’s actually what got me to write. Everyone can relate and it’s cool if you’re outgoing, but also know it can be cool and normal if you want to stay in your own lane and form your own way. It’s helped me a lot with female empowerment and learning not to take anyone’s shit.