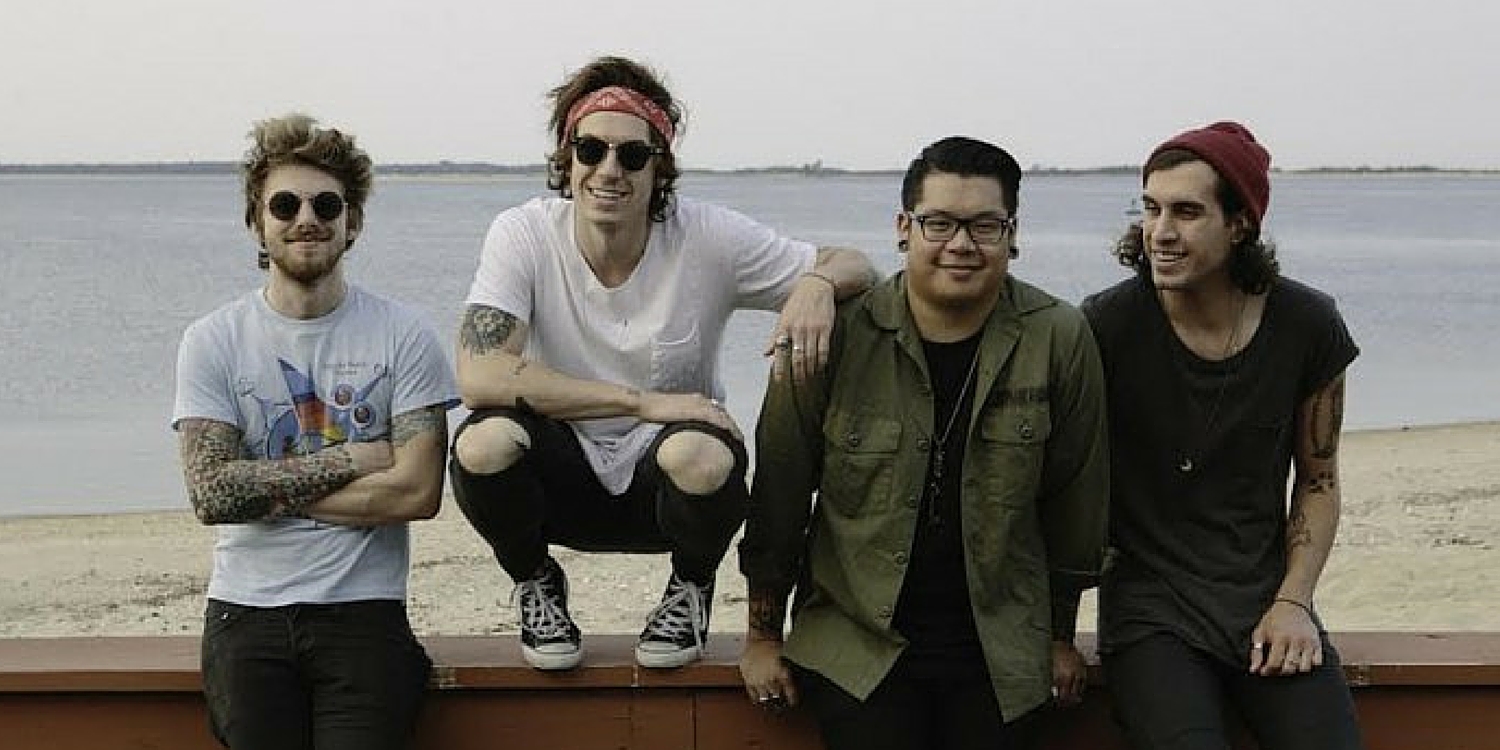 Andy Tongren met Dylan Scott, Julian Dimagiba, and Steve Patrick when he was at an open mic in New York. They had all been playing for rival bands around New Jersey when they found him. He said it was “sort of an instant chemistry, best friends right away.” They had viral success with their video for “High” and just released their EP The Kids Will Be Fine. We talked to Andy Tongren, singer and guitarist, about their inspiration and how they follow up a successful single.

“For a long time no one took notice of the music that we were doing. We like to write songs about the turning point in our career when people started to listen and pay attention because that was an exciting time,” says Tongren. “We want to give the listener something they can grasp a hold of because other than that there’s no point to what were doing. It’s so unique and special to me when there is a song that perfectly captures a moment in your life and we try to do that for our listeners.”

Young Rising Sons was never an overnight sensation. It took a lot of local shows and constant pushing to get to where they are now. They’ve been together for six years but didn’t get a lot of recognition until the video for “High” went viral. That’s what makes them relatable to other musicians and their fans. They have drive and ambition, but they weren’t handed anything. Tongren says the trick is to believe in yourself and firmly believe in your music.

“There were times when we wanted to quit and we came close to it but for us there was no other option. We knew that this is what we were going to do and we were going to make it happen no matter what that cost is. It’s kind of being in the right place in the right time but it’s also putting yourself out there and making those opportunities for yourself. We’re lucky to be in the position we are in now but you certainly have to work at it. You have to push constantly. It’s always an uphill battle.”

When “High” hit the blog rounds, they got instant recognition, but it’s difficult to follow up a single with a career. We live in a one-hit-wonder kind of world where singles are more important than entire albums. That’s why touring and live-shows are so important to Young Rising Sons.

“We let people know we’re more than a song. We’re a band and we’re best friends and on top of that we’re a big community and a big family,” says Tongren.

They definitely have a special relationship with their fans. During the concert, Tongren put the mic aside and asked the crowd if they could hear him. He played an acoustic version of “Somebody” with the crowd singing along.

“That song is about the community you helped us build,” said Tongren.
Their performance was enthusiastic and high-energy, but what was really amazing was their emphasis on positivity and their bond with the audience. After all of the trials of touring Tongren said there is nothing else that he’d rather be doing.

“The best and most rewarding part of what we do is playing songs we’ve written and seeing the words mouthed back to us. That alone makes what we do worth it.”