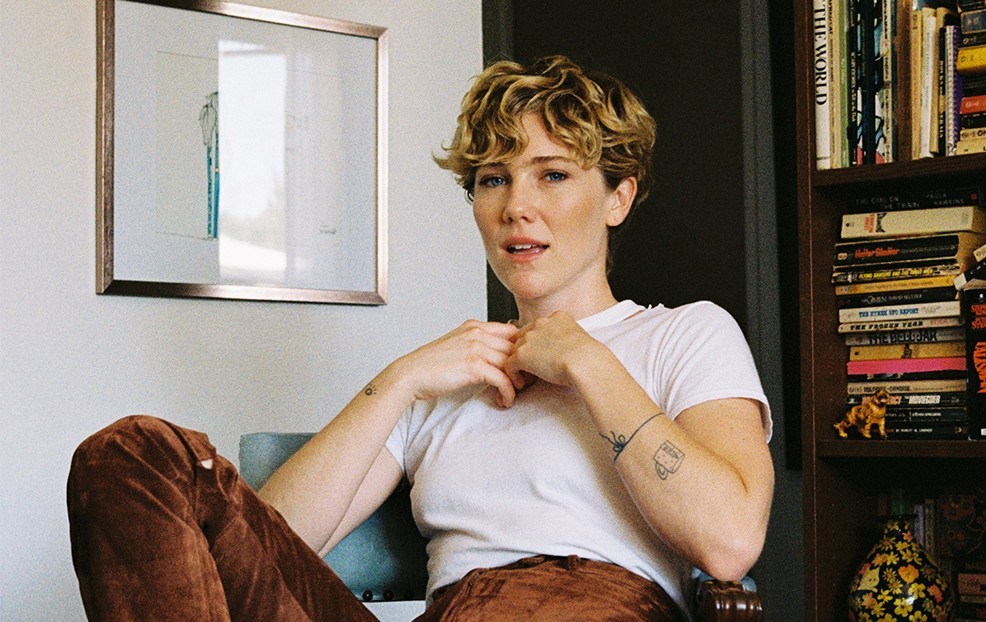 I caught Your Smith at the Empire Garage as part of Neon Gold's SXSW Showcase. Ever since I heard "The Spot" I've been dying to see Your Smith live, and she definitely didn't disappoint. She threw in a cover of "Hold On" by Wilson Phillips that had the entire audience freaking out.

You threw in a Wilson Phillips cover! Tell me about what was the decision to do that?

Your Smith: I wanted to add songs to the set because it's just me up there. So I wanted to throw some songs in there that people recognize and would keep people on their toes, keep them engaged with the set. And when I was choosing the songs, I would just listen to my songs, close my eyes and think about what songs inspired me from those songs and then play with them and see if they worked. And that one happened to work perfectly, the tempo, the same pitch, everything. It was awesome.

I've never seen you live before but do you usually do a full band or is it usually just yourself?

Your Smith: I usually have a full band. Doing solo stuff is kind of a new thing for me. I didn't expect to love it so much. It's actually really fun. They say having limitations or borders helps creativity and I'm totally feeling that. I'm like, ''Wow.'' Doing the solo stuff has been really fun because I've never done it before.

How do you engineer all that? How did you figure out how to do all that?

Your Smith: So I DJ a lot. I actually DJ at the '70s bar in Los Angeles. Yeah. It's this '70s themed bar. I can't play anything after 1979. So I had to learn how to mix songs without EPM and stuff like that, not on the grid. So that was kind of where it all came from. And I knew that I wanted to do something like that. And I produce stuff on Ableton. So I already know how to use that. So I just brought the two worlds together.

Do you think that kind of helps you as a musician that you can kind of do all of it?

Your Smith: It does. It does because it gives you terminology of how-- I do a lot of collaboration and I don't do all my own production. I like to start ideas and stuff. So when I'm talking to a producer that I'm working with, I think it's great to have a base-level of knowledge to be able to communicate what you're hearing and what you want. Or sometimes is like, ''Can I just sit down and do it? It could save us both time instead of me explaining it to you.'' And I think having that in your arsenal is awesome, especially as a woman.

You're going to have somebody tell you and you're like, ''No.''

It sucks that we have to work twice as hard to get half as much but that is I think one of the areas that I'm always down to teach other women because it's actually not that hard. You just grow up in a construct that teaches us that we're not going to be able to do it, like financing or the stock market. It's actually not that hard. We were just told our whole lives we can't do it and it's super easy.

Yeah. I love that. What would you say it's kind of like the biggest challenge you faced in music so far?

Your Smith: I think the biggest challenge I face is compromise. I think there's an easier way to get to the places that I want to get. It would just take a lot of compromise on my end and I struggle with that sometimes. I don't want to compromise. I want it to be my vision. And so sometimes I'm forced to take the longer road or something. And I think, as a result, I'm happy with the longevity of it but I do see a lot of people around me just things are working so much easier for them and they're like, ''Why can't I just chill out?'' But, yeah. That's always been a little bit of a struggle for me.

And how do you kind of stay authentic to your vision?

Your Smith: I lesson that I've learned is I have to define what I want before I can communicate that to people or expect them to understand what I want as far as vision, as far as business, as far as career projection. And so I think sometimes that's a really scary question to ask and it's even scarier to answer but I think it's important to do both of those things to be able to stay true to yourself, to stay authentic. You have to know what that is.

And what do you have coming up this year?

Your Smith:  I am releasing more music, something I'm really excited about. And I'm just staying on the road. Yeah. I think this new set up is going to start blossoming and moving into other things and I'm really excited for that. So just a lot of more live shows and new music.