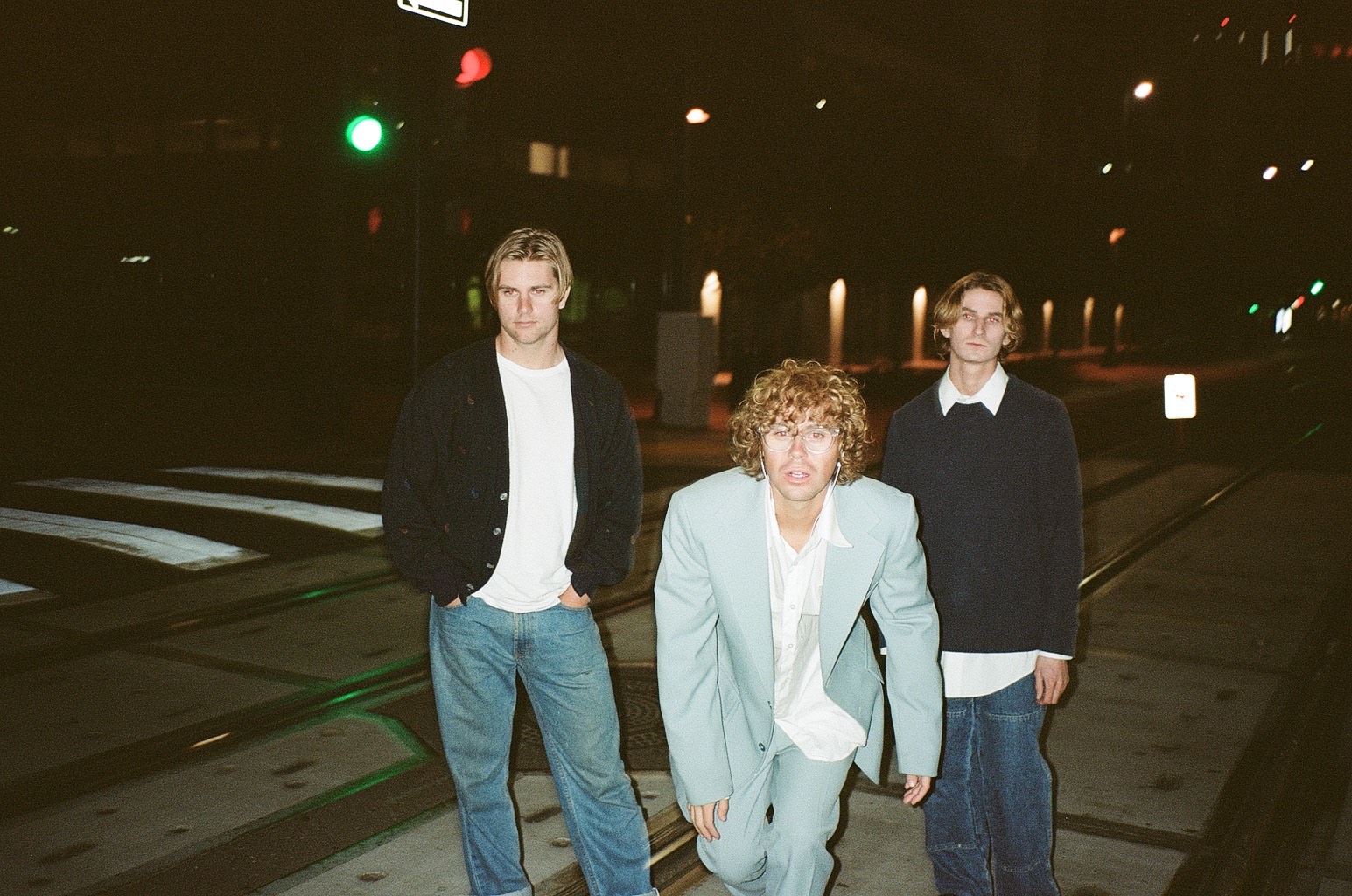 almost monday is the perfect sound for Spring. Their shimmering pop melodies bring to mind sun-soaked drives and casual hangs with friends. We talked to the up-and-coming band about how they got started and their latest song "hailey beebs."

How did you come up with your band name?

Dawson: Luke, Cole, and I, we've been a band for a while now probably since we were 15! Initially, we were called the "mondays," and I don't know why we thought that was cool, but we did. So there was another band called the Mondays that we soon discovered was a band as well. I feel like picking a band name is complicated because, like every band name is taken. Still, one of the guys ended up saying after an hour and a half of trying to figure out, "Why don't we call ourselves Almost Monday because we can't be The Mondays but almost monday."

How did you guys meet?

Dawson: There's three of us, me, Luke, and Cole. Luke and I have been friends since we were kids. So we probably met when we were like 8. We did everything together, skating, and surfing. We got into music at the same time as well. So we started playing music together when we were young. And then with Cole, I ended up meeting him when we were literally in the water. When I was 15, one of our mutual friends, we were surfing together, and Cole and I just started becoming fast friends. From there, we all came together and wanted to make music. Yeah, thus began the journey.

Tell me about your new song “hailey beebs” - what’s the story behind it?

Luke: The making of "hailey beebs" was a session of happy accidents. I remember Dawson jokingly singing “I don’t care,” into the mic and it actually sounded really cool so we went with it. The title “hailey beebs” was a placeholder lyric that somehow made it into the final cut. Sometimes things just happen in making music and the best thing to do is just go with it.

How has your songwriting process changed over the past year?

Dawson: The process has changed in terms of writing behind a screen on zoom sessions. I think for us it’s been a challenge because a lot of the success we've had writing in the past stems for human connection. Being in the same room as our producer feeding off each other's energy and catching little moments of magic that come out of nowhere is really pivotal in our creative process.

Dawson: Frank Ocean, one of our favorite artists he's amazing. That one comes to mind, maybe like Pharell Williams; he's like a crazy talent. I feel like it would be cool to work with people that are outside of your genre and what you naturally do, for us as a band and our sound and what we do it's always cool to pair up with people who are doing something extremely different than what you are doing.

Other than music what do you do in your free time? What are your hobbies?

Dawson: I would say probably the main one when we're not making music, I mean we're making music a lot of the time I feel like music is such a huge part of all of us that it's like constantly happening. I would say the biggest one is surfing. We all grew up surfing. When we are home in San Diego it's all we want to be doing.

If you weren't making music what would your other career choice be? What would you have gone into?

Dawson: Every once in a while, we get a dm or a message or somebody after our show, just telling us how us making music means to them in their life, and that's a crazy experience. I make music because it's like the most significant thing in my head that I could be doing and the fact that it could positively affect others or help them out with what they are going through. I think that's like so motivating because when it affects others, its kind of mental.

I’m a concert enthusiast who loves tea and boybands. If I’m not at a concert I’m probably reading a book, fangirling, or jamming out to One Direction. I’m very passionate about music and love the way it brings people together. I love moments where friendships blossom over a mutual love for an artist. One of my favorite quotes is “Real bands save fans, real fans save bands.” Follow me on insta @lexi.vanderpool