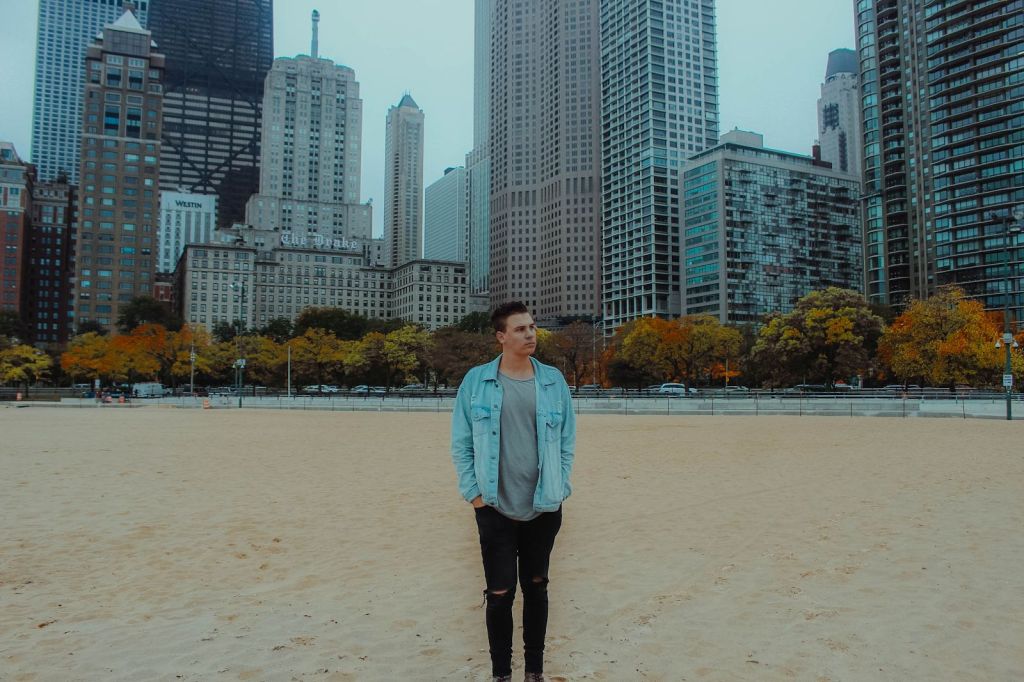 andrews' just stopped his song "Lost In The Fire" the song is a celestial dreamscape that displays his gorgeous voice and innate ability to create ethereal melodies. We talked to him about the new song, that apostrophe in his name, and what's been inspiring him lately.

First off, andrews’ for the love of my typing and autocorrect, please explain your name to me

Andrew is my middle name. I’ve always loved the idea of being in band with a set group of people, so that was just an easy way to keep the involvement open ended, but honestly the apostrophe is just for the look. It wasn’t even my idea at first, but I just really liked the way it looked/felt. The real goal was to have people add it to the apple user dictionary when typing it out.

Tell me about “Lost In The Fire” what’s the story behind the song?

This song came from a place of realization that constantly wanting to escape whatever situation that I might be in probably isn’t the best idea; and to learn how to really accept your surroundings for what they are at that time.

I try to be more aware of the present as much as possible. I find myself planning super far ahead out of a place of worry which actually just makes you worry more at the end of the day haha. I’m very thankful for the people around me who can be a constant reminder to be more present in the moment.

What would be your dream show, tell me the lineup, the venue etc

Coldplay, 1975 , and Bruce Springsteen at the O2. I’d be fine playing in the bathroom and passing out dollar cigarettes if need be.

Musically I have been very inspired by working with other artists. It’s a joy to be able to be an artist but nice to be on the other side of it sometimes. I also have been trying to read a ton more.

Tell me about your upcoming EP, what can we expect?

The  2nd EP is gonna be 4-5 Songs and released in February 2019. This will the be the 2nd release of a 4 part record based on an ancient Latin palindrome. There will be some revisited versions of singles,new songs, videos, merch, and some shows to go alongside it. These upcoming were written from such a transitional place in life and super important for me to get out there for myself and excited to hopefully have people relate to that would be such an honor.

What’s your best piece of advice for songwriters?

Lately songwriting has been teaching me how to be honest with myself and others around me, but that definitely has a learning curve that is different for everyone. My advice would be to face that head on; and realize that it's good to feel that internally and that it’s not something to be afraid of.