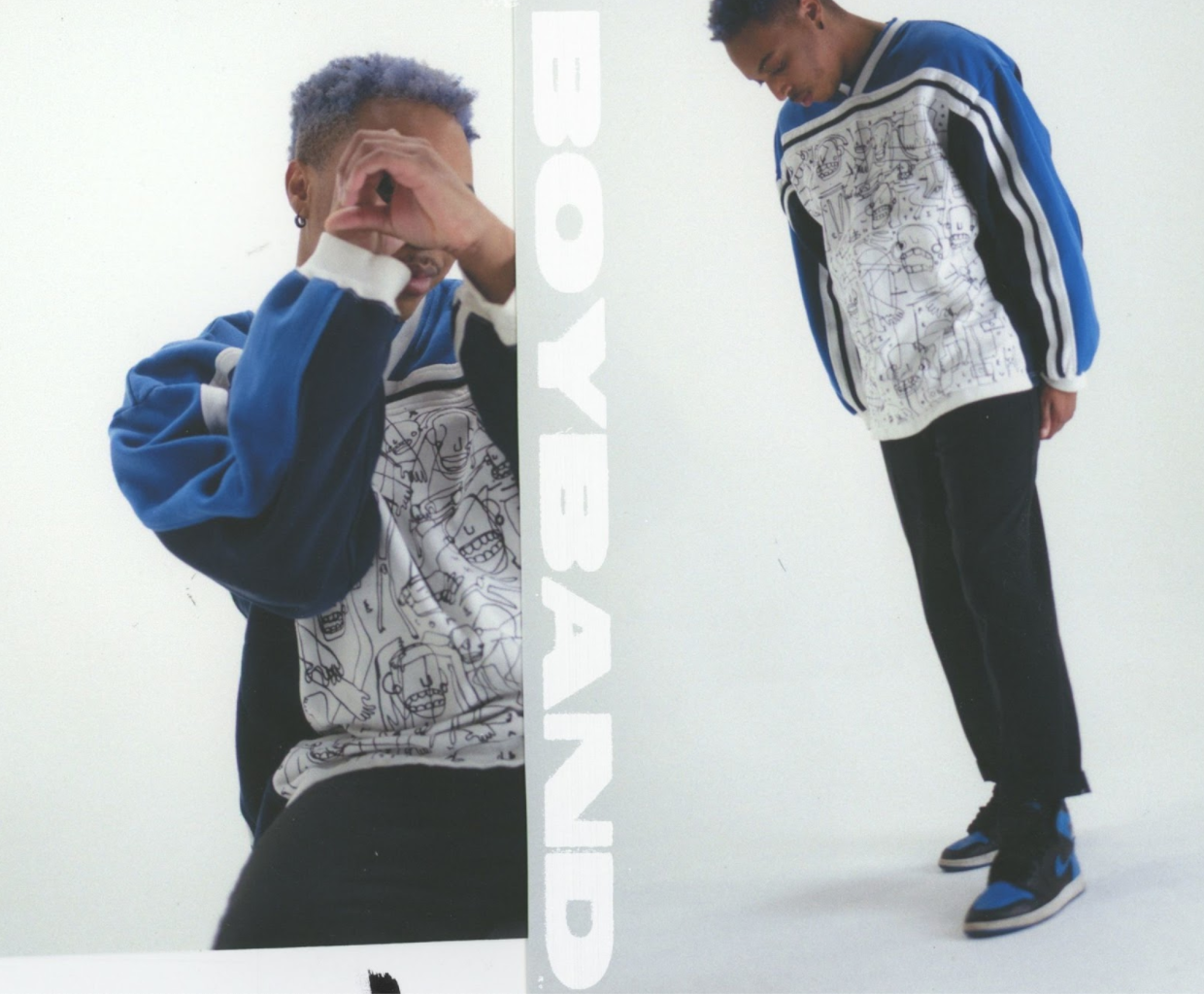 From the moment he signed on with his vintage Pokémon background, I knew this would be such a fun interview. boyband’s sophomore project “never knows best” dropped June 18th and we’re fascinated by his sound and lyricism. Sometimes dubbed emo rap, but we prefer alternative. From doing everything himself - production, songwriting, he uses this ability to tell his story and create tracks that are relatable for all.

So great to talk to you! I wanted to know why you chose the moniker boyband?

boyband: I think it just kind of fits everything I do creatively under one umbrella. It makes it easier to kind of brand, right. Because, you know, when you think of a boyband, stereotypically you have four or five members, and they’ve all got different personalities, shit like that, ya know? I consider myself to be a producer, artist, and writer.

I love that! Tell me the process when it comes to creating your music - how do you draw things for inspiration and where does it come from?

boyband: Honestly, a lot of it isn’t even from my own personal experience - it’s from the media I consume. I’m into different cultures - mostly Japanese culture - between anime and dance, music, and even how they do branding. It’s just cool. So for me, it shifts the paradigm and if I can pull from them and take it and mix it with my own creatively, I just like it a lot.

I read a review where someone labeled your music as “emo rap.'' What does that mean to you?

boyband: The whole emo-rap thing is mad funny to me because it's like, cuz I never got that vibe. It was very upbeat to me. I think people hear a guitar and someone singing or sing rapping over it, is like yep it’s emo-rap! I just prefer alternative versus emo-rap because it puts me in a box and it gives me a certain connotation.

Who were some of the musical influences that you listened to growing up?

boyband: When I was younger, I listened to as much rock as I did rap. I listened to a ton of Southern rap like OutKast, Northern rap like Biggie, of course, and Wu-Tang. But my first exposure to rap was probably in anime and then I eventually started watching videos on YouTube and movies and got into bands like Linkin Park and Paramore and then I fell in love with it. I eventually got exposed to the pop-punk scene like Devil Wears Prada, A Day to Remember and I just love all of it.

Can you tell me about the inspiration behind “By Myself” and what the process was like when creating the video?

boyband: This song in particular was pretty cool. My producer is basically my guitars for everything and a lot of my songs are just him and me. We created the song the first time we met. I’m in LA and he’s from Canada and he was playing a bunch of beats and I was like this sounds like Radiohead! So I just started punching and freestyling stuff. We went back and forth over each other’s energy and the song came together really quickly.

The end where it sounds like the choir boys? That’s us! As far as the video goes, the director was Anna, and this was her vision. I wanted something minimal to juxtapose how aggressive the song is.

Which is the song that means the most to you?

boyband: I think a song that really resonates with me the most, to this day is probably still Pinocchio. Because it was a very, like, it was a personal record, where I was kind of just like, venting about my life in detail. And like, I appreciate those types of records. Because when you hear those types of songs, you, you know, like an artist was just in that moment.