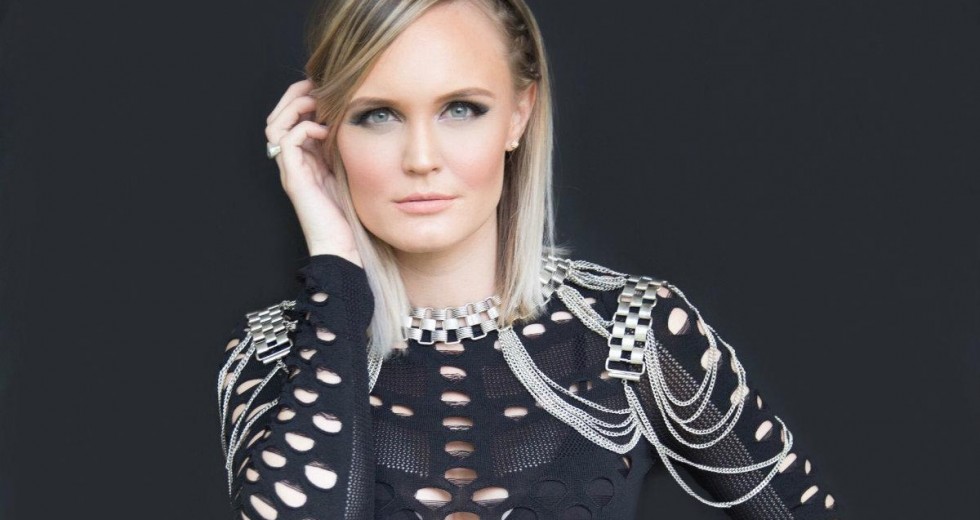 Brit Daniels says her love for pop music started, like most of us, listening to *NSYNC, Britney Spears, and The Backstreet Boys. She would watch TRL every day when she got home from school. She loves the videos, the catchy songs, and sense of fun they had.

Her influences are broad but she hooks onto the likes of Halsey and Selena Gomez, she has an affinity for darker beats. She’s enthralled by the idea of commercial pop but with a little more edge. She says, “I love the vibe of mixing catchy/commercial elements with darker, more obscure elements. It makes for a really cool sound.”

She wrote her song shadows with producer/writer Jonathan Perkins. It has those elements of darkness but it’s insanely catchy.

The song was originally inspired by hearing about a friend’s breakup. The more she talked about it the more Brit realized she was being haunted by him. Brit explains, “She couldn’t go certain places with out the memories of the times they had spent there, and there would be certain things people would say that would just trigger specific memories for her. It was somewhat tearing her apart, and I came to the realization that this is something everyone experiences after a break up. We all experience it at different levels of severeness, but it’s definitely a common feeling. So, I started just writing different ideas down one night before I went to sleep, and “Shadows” just started flowing.”

What keeps her motivated is her dream to make her dad proud, she lost him about 7 years ago and he was one of her biggest supporters. She also wants to prove that you can come from a small town and still make a big impact. She wants to show people that you can be anything, it doesn’t matter where you were born, you can still achieve great things. She says, “I want to prove to people that anything is possible if you set your mind to it and are smart about the way you go about pursuing it.”

As a musician, and songwriter Brit is very in tune with her emotions but she says that can be a double-edged sword. Her best piece of advice for young women is to not get too much inside your own head.

She explains, “As women, we are naturally extremely emotional creatures, and I feel like when you care about something, it’s easy to over think about things and to really get inside your own head. Don’t be afraid to build yourself up, to tell yourself you can do the impossible – your words are powerful. Also, don’t be afraid to build other women up! You never know when someone might need encouragement that only a fellow gal pal can give!”

Brit is still writing and recording because she wants to be constantly releasing stuff! (YAY) She also has some exciting things that she can’t share with the public yet (color me intrigued), but she’s really excited.