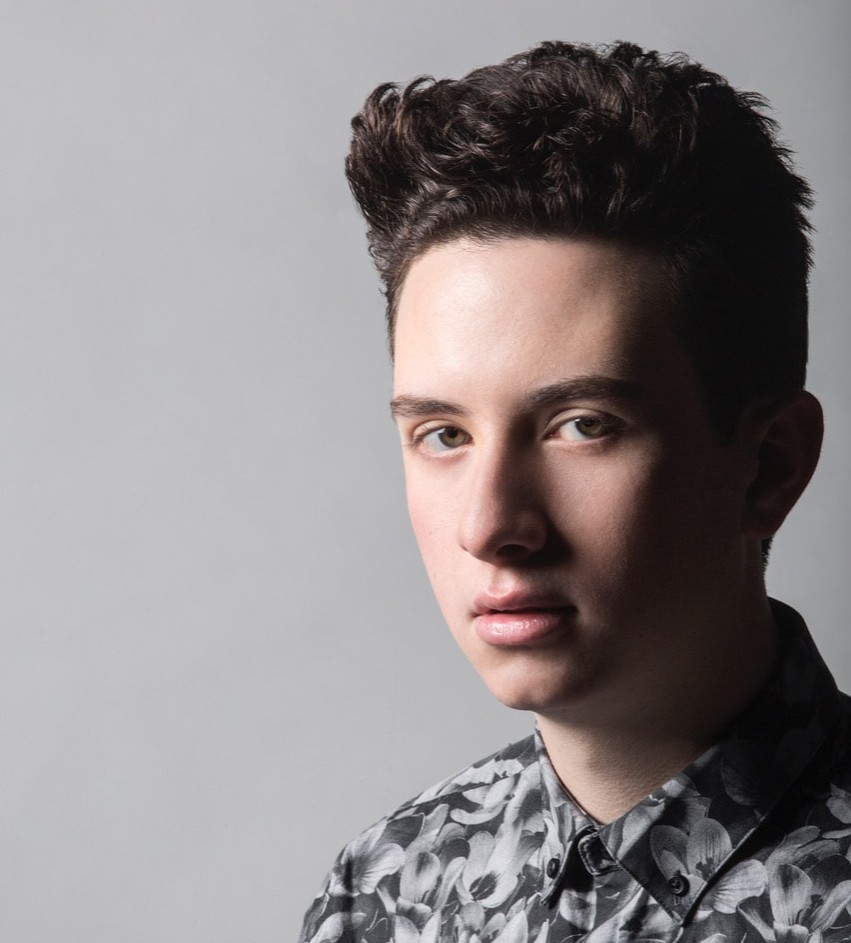 Cameron Hardy’’s voice is so pure and light that it’s no surprise that his covers are taking over the Internet. Hardy first fell in love with theater at age six, but at age twelve he knew this is what he wanted to do. He started working with his vocal coach, Adriana McPhee to begin his musical career.

He’s most known for his pop covers, but his latest is Selena Gomez’s “Bad Liar” and it’s no surprise. Once you listen to it, you’ll be addicted just like we are. He tells me this has been his favorite cover to perform so far. “It was so fun to process and we had to go through several stages. Listening back to it, it felt better to do it acoustically and re-record the whole song.” He explains he normally doesn’t revisit songs and record, but this was different and for that reason this version was very special to him.

Hardy’s love for covers came with his love with pop music. “I’ve always listened to it,” he explains. “It’s just the music I connected to and was naturally exposed to.” As Hardy’s beginning to work on his own original music, he tells me his intricate process.

“I love working with co-writers,” he says. “It’s a great way to expose yourself to the process. I write from my own experiences because to me that’s the most authentic way, but I also work with other songwriters.”

He discusses that each song has a different creative process. “Sometimes I write them from my own personal experiences, but other times I’ll gauge from my co-writers and try to put myself in their shoes.”

When Hardy isn’t singing, he’s found at the tennis courts or out taking photos. “I definitely think if I wasn’t a singer, I’d still be in the creative field,” he says. “I love photography and Instagram is a very huge outlet for me. I love the editing process and to have the raw images and edit them in all different ways is amazing to me.”

Stay tuned for Cameron’s own original songs, but for now we’ll be playing his cover of “Bad Liar” on loop and checking out his sweet Instagram.