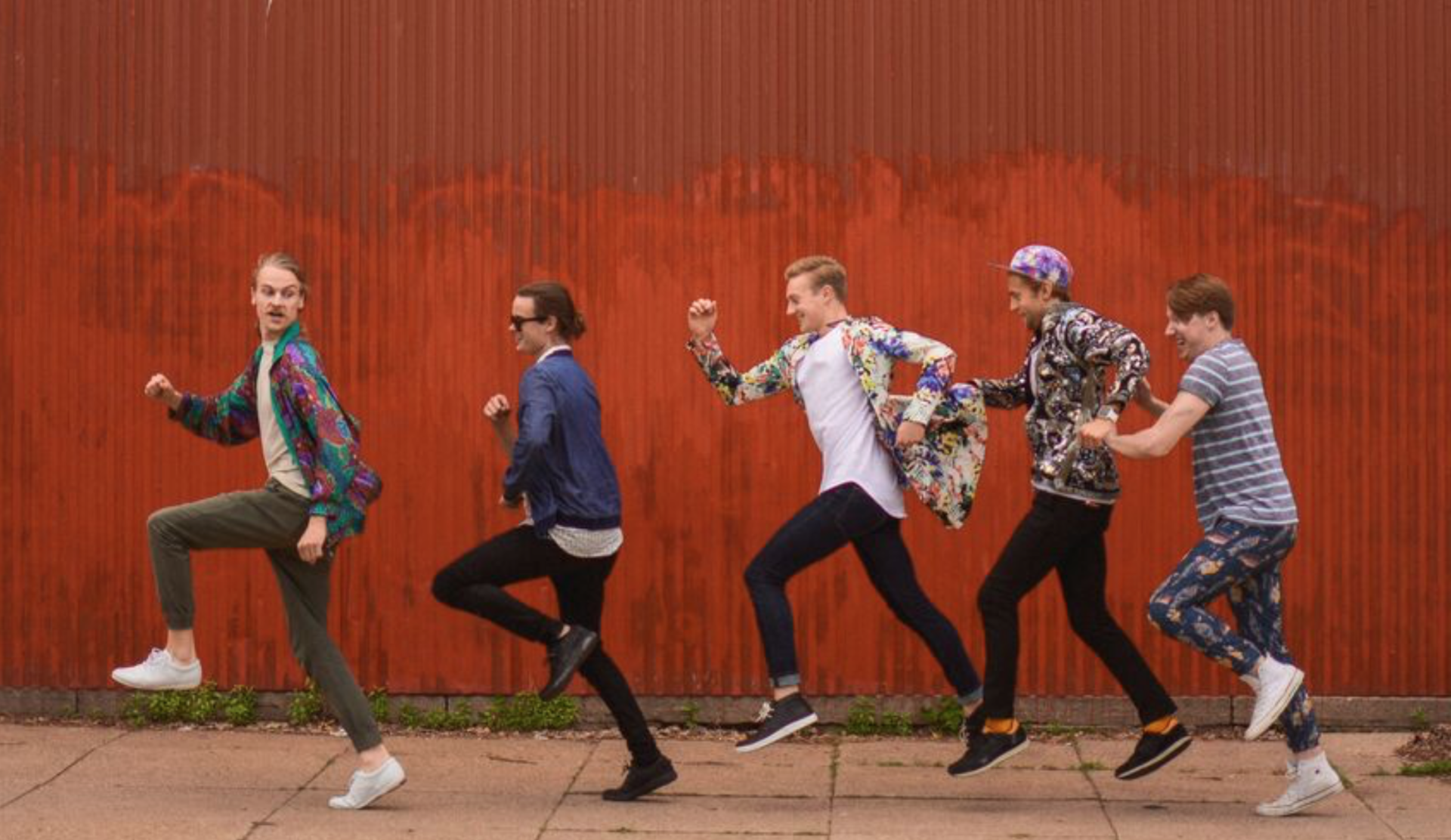 They are whosah, they wrote a song called “Make A Move”, and they want to play it for you. The men of whosah have a very focused and relatable slogan they live by: “We are a group of young men pursuing lives and love. Making friends and making music”. The Minneapolis five-piece band is a prime example of a DIY mentality in the current music scene. Self-managed, self-promoted, these guys are living their slogan out in the pursuit of their careers. As their tour continues on, we talk to the band. It is with pleasure we introduce to you, whosah.

First off, I have to give major props to these guys. Finding time to talk with me while practicing for a tour is one thing, but also talking with me while I am sitting in my car during torrential downpour is another. They took it with grace and were so great to talk with. Therefore, Spencer, Dallas, Dave, Mack, and Nate, thank you.

W: I came across your slogan, I love how realistic and relatable it is. How did that come about? Was it something that came up over time?

Dave: “Music, we realized is authentic to who we are and it touches other people. For us social media has been huge, people have invested in our lives, and we’ve used it for the same way.”

W: “Ghost Town” was on your last EP and is how I came across you guys. “Make A Move” is the new single. What else are you guys working on?

Dave: “We were like 15 or so songs deep into this full length, and we wanted to have like 20-25 to pick from. We have some new tracks that have the depth that warrants a full length. ‘Make A Move’ came from that batch. We just have to get back into the studio.”

W: With this tour, how would to decide on these stops and which ones are you excited about?

Dave: “We’re really excited about Minneapolis, it’s our hometown and we haven’t played it headlining in a year. We’ve been doing the college scene for a while but now we have friends and fans there.”

Spencer: “Iowa City is with a band called Halfloves. I love their sound and where they are heading. It’s a new venue and new faces for us.”

W: As you head out, what is the tour musts? What do you have to have with you?

Dave: “The food thing has been wild. One of the guys is doing like a vegetarian-ish diet. My wife and I are doing Whole30. So I’m nervous for sure. I’ll be eating like raw sweet potatoes.”

The band also told me they we are bringing coffee soy-lent. Maybe my favorite answer to this question. It is like a protein shake. So any soy-lent companies out there, hook your boys up.The guys told me about their tour playlist as well. Everything from John Mark McMillan, Phoenix, Foster the People, and Mutemath made the cut.

W: Now who would you guys fan-girl over if you got to see them live or play with?

Others included Relient K, Garth Brooks, Paramore, and The 1975.

W: What are some other bands you guys support who our listeners should check out?

The band collectively agreed that we should all check out Halfloves, The Millennium, and Shiny Penny.

Whosah are currently on tour, and have much more to come in 2017. They are for sure one to put on your radar and one to be on the lookout for.