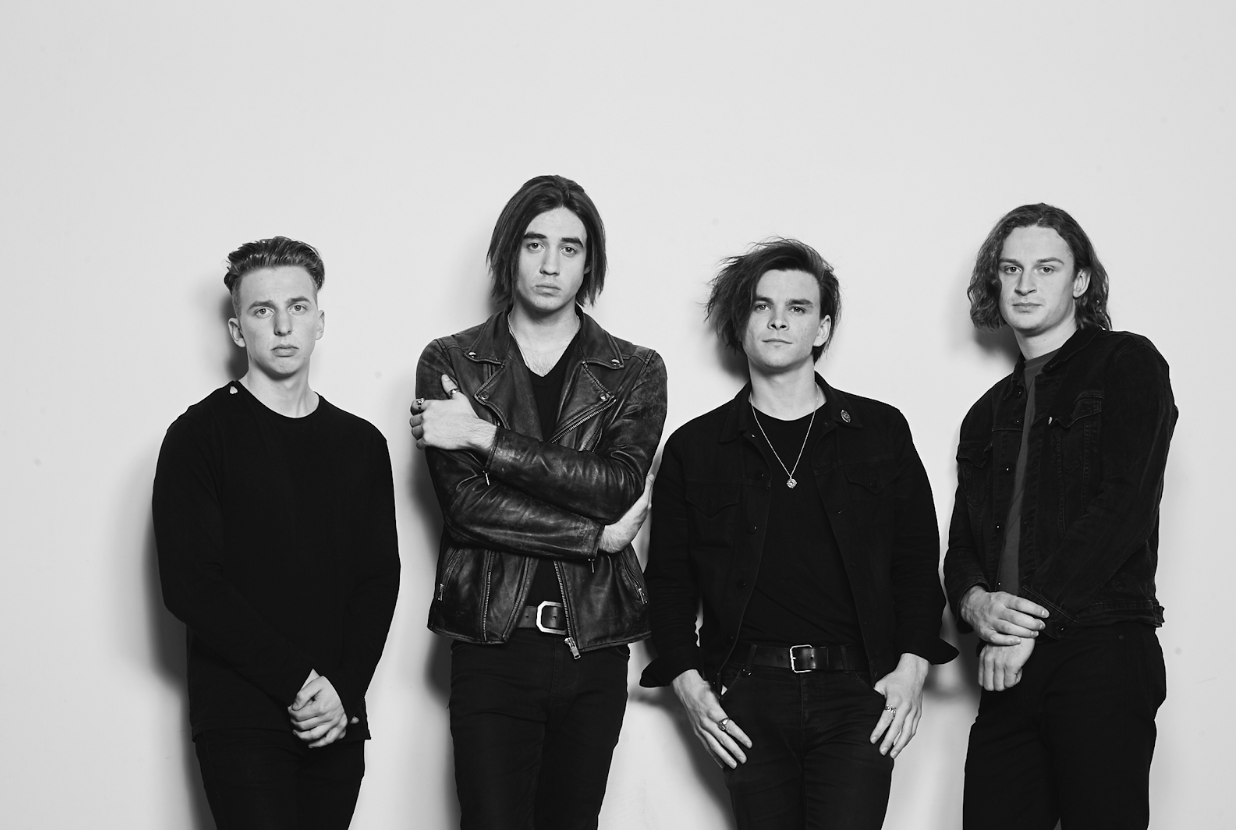 The Faim is extremely exciting to cover for me because their energy that’s showcased on stage, translates to the band’s personalities. Talking with Josh, I was learning so much. Between working with well-known producer, John Feldman and being favorited by many of the artists that I love, it’s so cool to watch the connection of music at work. Finishing their U.S. tour, I was able to catch up with the group and recap and see what’s next.

Josh, tell me about the tour? What was your favorite part? Favorite city?

Josh: Our most recent tour in the U.S. with Andy Black was an incredible experience. Not only did the shows have amazing energy and appreciation for new music, but we got to explore many different parts of the U.S. The greatest thing about touring America is that every city has its own unique identity whether it’s the architecture, history, or overall culture. One of my fondest memories was taking a day off to explore the Grand Canyon, and seeing such a raw, beautiful sight was an unforgettable day for all of us.

Josh: It’s been a whirlwind of unpredictable energy, emotion, and self-discovery. Heaven and hell in an experience in a strange sort of way. Especially in our latest weeks of recording after tour after being so emotionally and physically exhausted, we really found a sense of honest progression in this vulnerable, intense period of time.

Josh: We’re coming up to our second tour called “The State of Mind” tour in Australia, the U.K., and Europe. Getting to play new festivals and being invited back to perform at other incredible festivals is a truly humbling experience and way to show the world of how much our live show is developing. Releasing our debut album will not only a huge milestone, but it feels like a true insight into the unpredictable passionate energy that is The Faim. This feels like a year that will give everyone a look inside the veil of our future of us as a band, sonically and conceptually.